The fear of inflation and interest rates is taking hold, despite the fact that in a historical perspective there are hardly any interest rates or inflation to speak of. This in turn causes the stock markets to tremble, guarding every little word from the US Federal Reserve. As expected, the news tonight was that the interest rate would be left untouched. 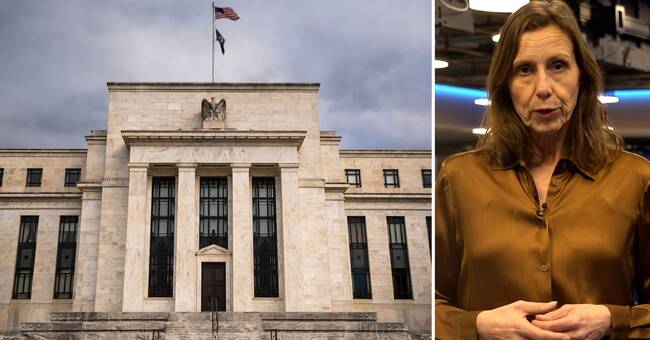 There was a time when the Riksbank, in fact, made an information film about the "ghost of inflation".

We had it on VHS cassette in the editorial office of SVT's financial news program A-ekonomi, but I do not remember if we ever used it to illustrate the latest inflation figures in any TV feature.

This was after the krone crisis in 1992. The Riksbank had lost the battle over the fixed exchange rate, which was a way of keeping inflation in check.

In the last two years, it had been around 10 percent.

The Riksbank raised interest rates more and more to defend the fixed krone exchange rate, but when it did not even help with a policy rate of 500 per cent, it all failed in the end.

After that, the Riksbank received an inflation target of two per cent.

If inflation looked to be higher, the Riksbank would raise interest rates.

That it could be lower than the target was not on the map.

The "ghost of inflation" is an old expression of threatening inflation.

Wage demands are increasing, which generates new price increases and erodes the competitiveness of export companies.

With the film about the ghost of inflation, the Riksbank wanted to explain, and be a little intimidated.

Then the ghost story limped, you could say: inflation was very real, the ghosts did not.

Now it is the opposite.

The financial markets see it anyway and get scared.

Inflation itself, on the other hand, does not exist.

The effect wears off after the summer

It has admittedly risen recently, but much is due to the fact that it compares with very low oil prices last year.

That effect will fade after the summer.

In the US, the central bank expects, according to tonight's announcement, that inflation will be 2.4 per cent this year and lower next year.

And in Sweden, the inflation rate is only 1.5 percent, ie below the target.

The Riksbank does not expect higher interest rates until 2024 at the earliest.

The US ten-year interest rate is 1.6 percent.

It's not very historical.

So what is the problem, one may wonder.

Yes, to begin with 1.6 percent almost doubling since the turn of the year.

And that is enough to start big movements in the global financial markets.

But above all, it is all new money that creates fear.

Last spring, the corona crisis was about to become a financial crisis.

It would have been much more devastating to the economy than closed companies and closed people.

So the central banks began to buy bonds, to lubricate the system.

They lend to municipalities, companies and housing.

Here in Sweden, the Riksbank has squeezed out SEK 700 billion in this way.

But it is nothing in comparison.

The US Federal Reserve and Europe's ECB have increased their total assets by SEK 50,000 billion, to SEK 130,000 billion.

In addition, there are the thousands of billions that governments have sent out in corona support.

It is from these piles of money that the ghost of inflation has crept out.

And it can end anyway.

Or, if the central banks withdraw support too quickly, a delayed corona financial crisis.

Or it will be what the Governor of the Riksbank hoped for in the Riksdag yesterday: nothing special will happen.

You do not know, because so much money has never come out of the world economy in such a short time.