SPD health politician Karl Lauterbach considers the suspension of vaccinations with AstraZeneca to be “unfortunate”. And that although the reported thromboses could probably be traced back to the vaccination. He rejects the comparison with the contraceptive pill. 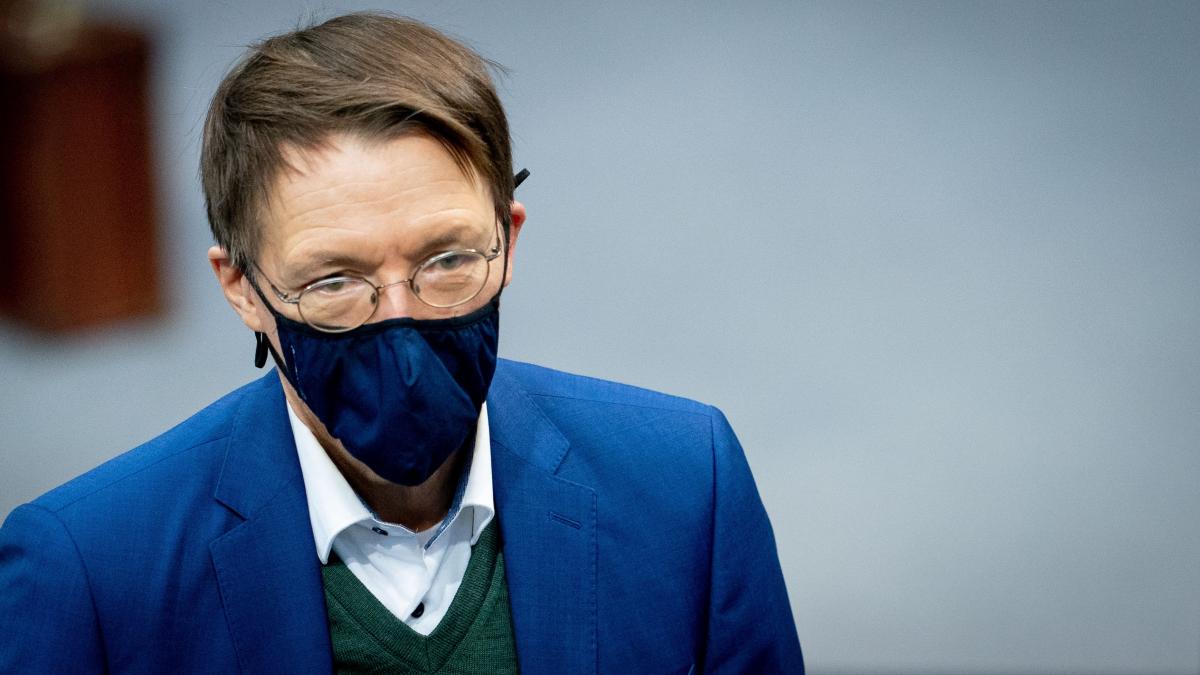 SPD health politician Karl Lauterbach has spoken out in favor of continuing vaccinations with AstraZeneca.

"On the basis of the incidents that we now know, the benefit of the vaccine naturally outweighs the benefits, especially for the elderly," emphasized Lauterbach in the ARD "Morgenmagazin".

In consideration of the thrombosis, which is "treatable, even if it is difficult to treat against a disease that is very, very often fatal in the elderly," he would not have stopped the vaccinations.

The suspension of the vaccinations is an "unfortunate decision".

It is true that the risk of the observed thromboses in cerebral veins is "very likely" due to the vaccine.

The SPD politician also spoke out in favor of dealing with the vaccine data in a completely transparent and open manner.

Germany is at the beginning of a difficult third wave, he said.

Vaccinations in combination with tests are the ideal way to get the pandemic under control.

Lauterbach believes, despite the suspension of vaccinations with the Astrazeneca vaccine, that a vaccination offer can be made to any German who wants by the end of September.

In his opinion, this promise by the federal government should be kept.

He believed that the vaccine could soon be used again and that trust would also be rebuilt.

According to Lauterbach, the thromboses (blood clots) of the cerebral veins reported after corona vaccinations can "with great probability" be traced back to the AstraZeneca product.

"You usually see that in the population 50 times a year in Germany", Lauterbach said on Monday morning in the ARD "Morgenmagazin".

Lauterbach also thinks little of comparing the possible consequences of the AstraZeneca vaccine with those of the birth control pill.

"The thromboses that occur after taking the pill are not comparable in severity with the thromboses we are talking about here," Lauterbach told Deutschlandfunk.

Previously, among others, the SPD European politician Katarina Barley was irritated by the decision of the federal government to stop the vaccination with the AstraZeneca vaccine.

"The latest generation of birth control pills has thrombosis as a side effect in eight to twelve out of 10,000 women," she wrote in the short message service Twitter.

“Has that bothered anyone so far?” The comparison drew wide circles on social media.

Federal Health Minister Jens Spahn (CDU) spoke of seven reported cases of thrombosis in cerebral veins out of a total of more than 1.6 million vaccinations with AstraZeneca in Germany.