India wants to ban holding and trading in cryptocurrency&nbsp;

India plans to present a bill to ban cryptocurrency. Possession of the digital means of payment will also be punished, according to information to Reuters. 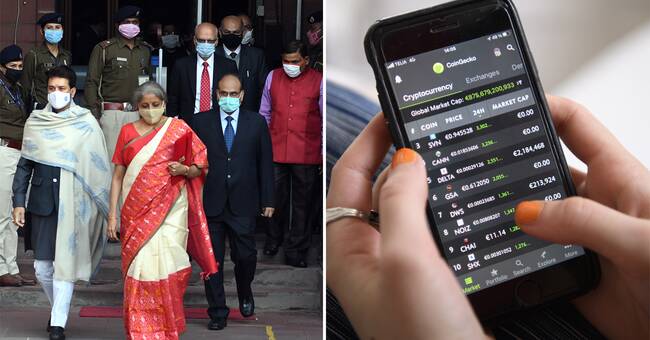 Investing in cryptocurrencies, such as Bitcoin, has become increasingly popular worldwide.

India now wants to ban the digital currency, which is encrypted and should be impossible to counterfeit.

A senior government official told Reuters news agency that a bill was being prepared that would make it illegal to trade, transfer and hold cryptocurrencies.

If the law passes, the Indians would have six months to liquidate their holdings before receiving penalties.

Not even China, which has a ban on trading in the digital currency, punishes possession.

What the punishment is expected to be in India, however, is unclear at present.

"No problems with technology"

As many countries have recently pursued an expansionary monetary policy with stimulus packages and low interest rates, there is a risk that the value of money will be eroded.

This has led many to look for other alternatives, such as cryptocurrencies.

There are no official figures on the size of the market in India, but according to industry estimates, there are 8 million investors who have invested a total of 100 billion rupees, equivalent to approximately 11.7 billion kronor, in cryptocurrencies.

The background to the bill is a concern about financial instability.

At the same time, the Central Bank of India has been working to launch its own digital currency, which the government encourages.

- We have no problems with the technology.

There is no harm in using the technology, the official, who wishes to remain anonymous, told Reuters.