Astrazeneca, Speranza: "Just be careful, we await the Ema's pronouncement"

"There was a confrontation first at the technical level between the directors of the regulatory agencies and then at the political level between the ministers of health which led to a measure of a precautionary nature" explained the Minister of Health. Sweden also suspends administration of AstraZeneca 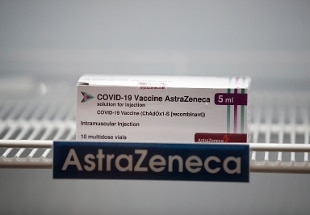 "Yesterday's decision to suspend AstraZeneca is of a precautionary nature and the decision emerged after an evaluation by the German institute for vaccines. There has been a confrontation between health ministers: now governments await the Ema judgment for Thursday and we are confident that all the elements of reassurance will emerge to allow us to resume vaccination. It is right to be cautious ". This was stated by the Minister of Health, Roberto Speranza, interviewed by the editor of Corriere della Sera, Luciano Fontana, on the occasion of the event 'Online Talk Health - Strategies for System Reform and Winning Pandemi

Compared to the position that emerged from the German federal institute for vaccines Paul Ehrlich, who detected a rare form of thrombosis temporally followed by vaccination with the AstraZeneca vaccine, "there was - explained Speranza - a confrontation first at a technical level between the directors of the regulatory agencies and then at the level between the ministers of health which led to a measure of a purely precautionary nature. The governments moved in a unified manner yesterday and now Ema's pronouncement is awaited. It is right to have the utmost caution and we expect Ema to analyze data with the utmost rigor ". "We hope jointly with the other countries that this is a positive judgment and will allow us to restart, and the hope - he concluded - is that the European countries can do it together".

Vaccines: D'Incà, we expect Ema's response in the next 48 hours

"The vaccine is the only way out we have, there must be all the necessary checks and checks must be made by the EMA. in the next 48 hours to be able to have the confirmations from the EMA to continue the vaccination, which at this moment continues with the other vaccines ". The Minister for Relations with Parliament, Federico D'Inca ', told Start, on Sky TG24. "It is necessary - he said - not to panic about vaccination. At the moment there are checks on AstraZeneca by the EMA: there have been these cases throughout Europe and it is right that there is pharmacological vigilance. treats 20 or 30 cases out of the 5 million people vaccinated with the first dose. There were fears in the population and it is right that drug surveillance should immediately provide for understanding. It is a way to reassure our fellow citizens, to do all the analysis of the case and demonstrate from a scientific point of view that there is no correlation. There are no emotional components in these cases, there are data and evaluations that are made. I believe that Minister Speranza and President Draghi have made the correct evaluations and we intervened as well as other European states. Ema's work will give us the result and from there on we will have everything we need to be able to continue the vaccination campaign in our country " .

Sweden has also decided to suspend administration of the AstraZeneca vaccine. The Guardian reports it. The Swedish Health Agency explained that this is a "precautionary measure". Sweden thus joins Italy, Germany, France, Spain and Portugal, which yesterday (after various other EU countries) announced similar measures pending a ruling by the European Medicines Agency.

WHO, Pan-European Commission to Governments: Act Now, or New Pandemics

The WHO Pan-European Commission for Health and Sustainable Development has called on governments, economic and social partners and international organizations to rethink their top priorities policies, to intensify investments and reforms in health and social care systems and to improve the governance of public goods, such as health and the environment. Unless these efforts are pursued with determination, the world is unlikely to avoid new, devastating pandemics or other global health crises. inequalities and the deep faults that exist in many societies. It also revealed that our existing health, financial, economic and social care systems are ill-prepared and poorly equipped to effectively address SARS-CoV-2. Five months after its first call, the Commission has launched this call for action - first result of his work - to fuel broader discussions at the national and supranational levels underway on how to address the deep conditions that have allowed the Covid-19 pandemic to inflict unprecedented damage. The Commission then provided guidance on how to prioritize health and sustainable development to steer our systems and societies on the right path for future generations.