AstraZeneca: Germany is suspending corona vaccination for the time being

Germany is following the example of other countries and is stopping the vaccine from AstraZeneca for the time being. Health Minister Jens Spahn (CDU) says that the decision was “not made easy”. 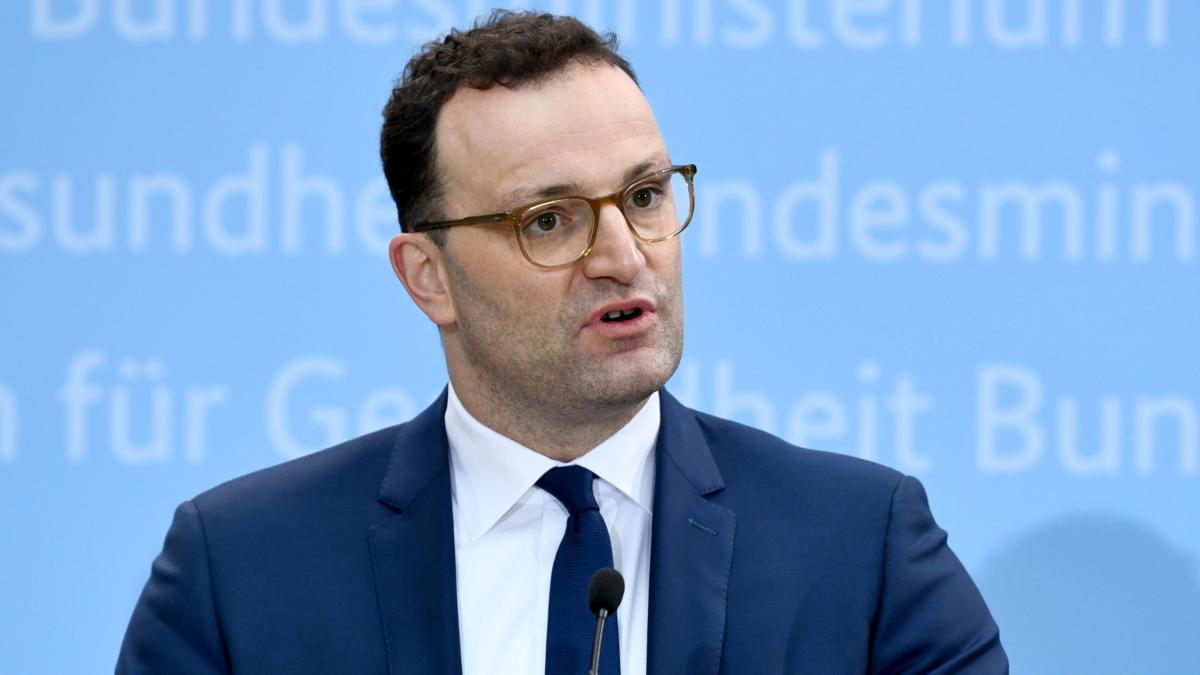 Germany is also suspending corona vaccinations with the preparation from the manufacturer AstraZeneca as a precaution.

The Federal Ministry of Health announced this on Monday and referred to a current recommendation from the Paul Ehrlich Institute.

So far there have been seven cases out of almost 1.6 million vaccinations with AstraZeneca.

A connection with the vaccination could "not be completely ruled out".

The suspension affects "both first and follow-up vaccinations".

The vaccination doses will initially be stored.

Spahn said the decision was "a purely precautionary measure".

In addition, the decision was “not made easy”.

You have to give the experts time to review the incidents in order to maintain confidence.

It is hoped that the European Medicines Agency will come to a decision on how to proceed “in the course of this week”.

After new reports of cerebral vein thrombosis in connection with the vaccination in Germany and Europe, the Paul Ehrlich Institute considers further investigations to be necessary.

The European Medicines Agency (EMA) will decide "whether and how the new findings will affect the approval of the vaccine".

When asked whether someone would be vaccinated with it when the vaccine was released again, Spahn replied that they would continue to speak openly about potential risks.

“The best I can think of to maintain trust is transparency and communication.” When asked what the suspension meant for the next few months and the progress of the vaccination campaign, Spahn replied that he “did not want to speculate”.

He reacts here to information that he had only received at noon.

“I've only known this for a short time now.

Please check me out that I cannot answer all of the follow-up-follow-up questions. "

The federal government initially decided not to suspend the AstraZeneca vaccinations after several countries had suspended vaccination with the preparation after reports of side effects.

On Friday, Spahn had emphasized that there was no evidence of a causal relationship between the vaccination and the occurrence of blood clots.

According to calculations by WELT, AstraZeneca has so far delivered a good three million doses of vaccine to Germany.

According to the Robert Koch Institute, more than 1.6 million of them had been inoculated by Sunday.

After the vaccination stop just announced, there should now be over 1.4 million unvaccinated cans in German refrigerators.

On Thursday Denmark first stopped vaccination with the vaccine and referred to several cases of severe blood clots after vaccinations with AstraZeneca.

This was followed by Norway, Iceland and the EU countries Bulgaria, Ireland and, on Sunday evening, the Netherlands.

Austria, Estonia, Latvia, Lithuania and Luxembourg suspended the use of a certain AstraZeneca batch, Italy and Romania stopped the use of another batch.

After Germany, France and Italy are also suspending vaccinations with the AstraZeneca vaccine on Monday afternoon.

This was announced by French President Emmanuel Macron and the Italian Medicines Agency.

Manufacturer does not see an increased risk of blood clots

The European Medicines Agency (EMA) has not yet seen any indications that the cases of blood clots were caused by the vaccination with AstraZeneca.

The EMA stressed last week that the information available so far showed that the number of thromboembolic incidents in vaccinated people is no higher than in the general population.

As of March 10, 30 cases of thromboembolic incidents had been reported among the nearly five million people vaccinated so far in the EU with the AstraZeneca agent.

The World Health Organization (WHO) did not initially identify any need for action.

AstraZeneca defended its vaccine after the vaccine bans whirlwind.

The pharmaceutical company does not see an increased risk of blood clots in connection with the vaccine.

A careful analysis of all available safety data from more than 17 million people vaccinated with the product in the European Union and the UK showed no evidence of an increased risk of pulmonary embolism, deep vein thrombosis or a decrease in blood platelets.

So far, 15 cases of deep vein thrombosis and 22 cases of pulmonary embolism have been reported, which is comparable to other approved Covid-19 vaccines.

The SPD health politician Karl Lauterbach tweeted before the Spahn press conference that he considered the suspension based on the available data "a mistake".

With such rare complications, it is better to check, but keep the vaccinations running.

This could have saved lives “in the third wave that is now picking up speed”.