This is how the Royal House adapted in the first confinement: 70 days of work and a crisis of Felipe VI

The Royal House was also paralyzed on March 15, 2020. A year ago since the country was confined by order of a decree signed by the Government, which plunged the Spanish into a 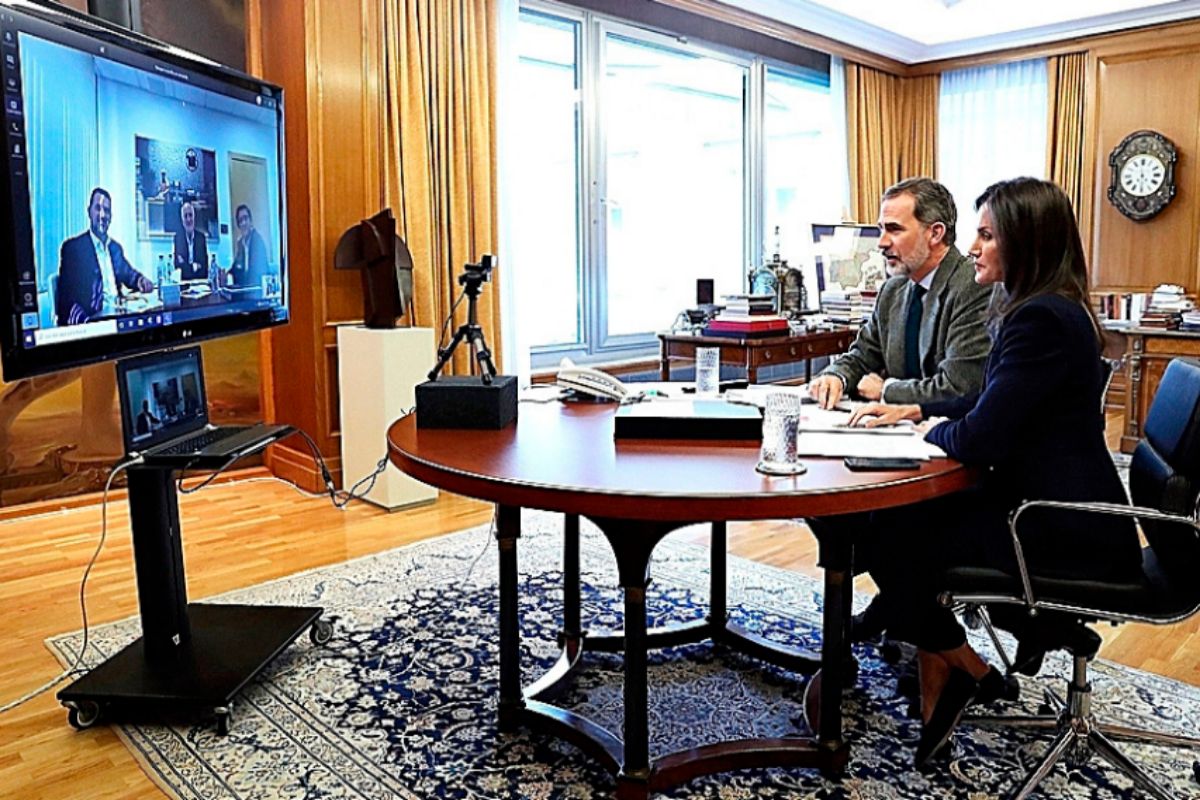 also paralyzed on March 15, 2020. A year ago since the country was confined by order of a decree signed by the

, which plunged the Spaniards into uncertainty and forced the institution, like all others companies, to get going to be able to work under these conditions.

The challenge was not easy, firstly because of the location of the King's workplace, in

, in the middle of a forest that must be reached first by entering

and, after crossing the

It was the isolation of isolation.

Not only that, the bolt from Spain coincided with the statement in which the King renounced his father's inheritance and took away his assignment.

In the other European monarchies, little by little they started up.

The first sovereign to show his face was

, who on March 15 addressed his nation.

Philippe of the Belgians

Grand Duke of Luxembourg did

Finally, three days after the confinement, when Spain still thought the confinement would last two weeks, Don Felipe spoke in an institutional message.

The King, sheltered behind a lectern, with a serious gesture and a pink tie, addressed the nation for seven minutes in front of the cameras.

"The entire State, all public institutions, are focused on solving this crisis that is our essential priority and all Spaniards can feel protected," he said.

He also remembered the health personnel, when there were still weeks before the system was on the verge of collapse: “We knew that we have a great health system and extraordinary professionals;

I want to address them now: you have our greatest admiration and respect, our full support, "he said.

The Monarch ended his message with those phrases that echoed in all heads: «This virus will not defeat us.

It is going to make us stronger as a society;

A society standing up to any adversity ».

That same day, the King chaired a meeting with the technical committee for the management of the coronavirus.

Then, Casa Real returned to confinement and silence.

Queen Letizia was in quarantine, as she had coincided days before the closing with Irene Montero, infected by Covid-19.

And in the Palace a special item was set up from its budget to start teleworking.

They spent 153,407.75 euros on licenses, equipment and support to adapt to the new situation.

It was a week without the appearance of the Kings, who were in permanent contact with the Government and the powers of the State.

In summer they toured all over Spain

With everything finally enabled, Don Felipe and Doña Letizia intensified their agenda in an almost frenzied activity in those first 70 days of confinement.

They began on March 26, with the King's visit to the Ifema hospital, and continued with telephone contacts and video calls with all sectors of society.

They began with a meeting with Juan Roig, president of

, and divided their actions into three legs: the most institutional for the King, the most vulnerable and social sectors, for the Queen.

The figures for those days are clear: seven interventions by Don Felipe, 14 events, meetings and visits, 19 hearings, 84 videoconferences and 141 telephone calls.

More than a thousand people spoke with the Kings in 70 days.

Don Felipe and Doña Letizia, in addition, transferred the situation to their daughters, whom they made participants on April 23

Princess Leonor and Infanta Sofía, this one in their debut in a public act, they read a passage from

The Kings Felipe and Letizia, during a videoconference with Juan Roig, president of Mercadona, Casa SM el Rey

The work of the Royal Family did not stop there, because when it began to go out, Don Felipe and Doña Letizia planned a tour of the 17 autonomous communities to be interested in the most urgent of each place.

They visited tourist areas of the

, a Cordovan patio and an occupational center in

They promoted tourism in

and a part of the

They learned about depopulation in

, the agricultural sector in

and mountain tourism in

and a landfill in

In addition, they spent part of August in the

and then, instead of going on vacation, they returned to

They resumed the agenda in September, with the normality that is allowed at each moment of the pandemic and with a firewall towards the rest of the family, especially focused on distancing themselves from Don Juan Carlos, in

Throughout this period until completing one year, the Kings have devoted part of their agenda to health, sanitation and education with special attention, receiving more than 800 people from these areas.

The same date and the same person with whom Felipe VI had his last act before the confinement of Spain.

The Royal Family, in the State tribute to the victims of the coronavirus.EFEPOOL

Juan Carlos I, a special year

The anniversary of the beginning of the state of alarm will always coincide with one of the worst days for Don Felipe.

Added to the concern about the pandemic was the statement issued on March 15.

A harsh text published after

revealed that he was a beneficiary of funds from an

The King repeated his commitment to the dignity of the Institution, renounced the inheritance of Don Juan Carlos and withdrew the official assignment to his father.

Don Felipe pointed to his predecessor and the Royal Family was shrinking to the minimum.

Casa Real Infanta Elena goes to La Zarzuela while she and her sister Cristina justify their vaccination: "We were offered and we agreed"