Fauci said the U.S. should block AstraZeneca sooner for EU vaccines and there is a shortage

Chinanews, March 14th, according to a comprehensive report, according to real-time statistics from Johns Hopkins University in the United States, as of 8:25 on the 14th, Beijing time, the cumulative number of confirmed cases of new crown worldwide has exceeded 119 million, and the cumulative number of deaths More than 2.64 million cases. American infectious disease expert Fauci said that the Uni 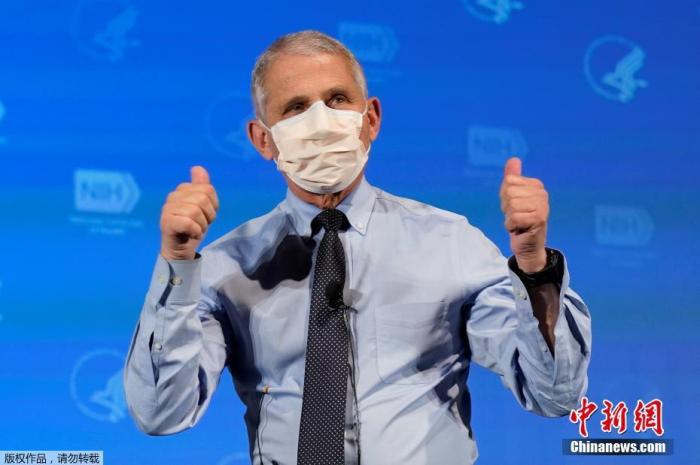 American infectious disease expert Fauci said that the United States should lock down sooner, and the Secretary of Education emphasized that opening up schools is the top priority; AstraZeneca has a production problem, and there is a shortage of EU vaccines.

On December 22, 2020 local time, American infectious disease expert Anthony Fauci received the new crown vaccine at the National Institutes of Health. The vaccination process was broadcast live on TV. After the vaccination, Fauci gave the camera a thumbs up.

So far, the United States has confirmed more than 29.39 million cases of new coronary pneumonia and more than 530,000 deaths.

American infectious disease expert Fauci said on the 12th local time that based on the current understanding of the new crown pandemic, the United States should shut down earlier.

He said: "Obviously, if we know that this virus has such an amazing transmission capacity, especially among asymptomatic people, then you might say that we should shut down this country", "but such advice was not at the time. Will be accepted, people will treat me as a lunatic, they will say we only have a few cases."

On the other hand, as US President Biden formally signed the $1.9 trillion new crown bailout bill, the White House announced that the processing of personal bailout payments would start on the 12th. The official payment date is March 17, but some banks have already Process collection information in advance.

Up to now, some people's accounts have received payment information.

The White House stated that people who have bank account information in the Treasury Department and the Internal Revenue Service will receive a bailout of $1,400 directly, while other payment methods, including paper checks and prepaid debit cards, will be sent by the end of March. From the 15th, people can check the status of bailout money online by logging on to the website of the Internal Revenue Service.

Biden said that the bail-out bill is the foundation for rebuilding the United States.

It can not only help small businesses get rid of the epidemic, but also revitalize the economy.

The picture shows US President Biden.

U.S. Secretary of Education emphasized that reopening schools is the top priority

National educators are eligible for vaccination from the 15th

Starting on the 15th local time, teachers and educators in 50 U.S. states will be eligible to receive the new crown vaccine.

In his first prime-time speech after taking office, Biden reiterated his plan to reopen most public schools within 100 days of taking office.

This expansion of vaccination qualifications is also an important measure to ensure that schools can be reopened safely.

"This (teaching in class) is the way teachers receive training. They study with children. They miss them very much. They want to go back to the classroom," said Pringle, chairman of the National Education Association. If you want to achieve this kind of return, It is important to be able to tell teachers, staff, parents and students that the school is a safe place.

U.S. Secretary of Education Cardona also emphasized on the 12th that the safe reopening of more than 14,000 public school districts across the country and ensuring comprehensive classroom teaching five days a week is his top priority, but he has not yet given a clear timetable.

Biden also stated in his prime time speech that all states, tribes and regions in the United States will be required to open vaccination to all adults before May 1.

At the same time, he said that he is on schedule to achieve the goal of 100 million doses of vaccination on the 60th day of his tenure.

Supply shortage in the EU

British pharmaceutical company AstraZeneca announced on the 13th local time that due to production problems and export restrictions, the new crown vaccine originally scheduled to be supplied to the European Union was once again in short supply.

The statement said: "AstraZeneca is disappointed to announce that despite its tireless efforts to accelerate the supply, there is still a shortage of vaccines originally scheduled to be supplied to the EU."

AstraZeneca has previously stated that due to lower-than-expected production, there will be shortages in the European supply chain.

The company initially proposed to distribute about 100 million doses of the new crown vaccine to the EU by the end of March, but after renegotiating, the amount was reduced to 40 million doses.

The European Commission, which negotiates vaccine contracts on behalf of 27 member states, is now worried that even the reduced amount cannot be met.

In addition, recently, Denmark, Norway, Iceland, Italy, Austria and other countries have announced the suspension of AstraZeneca's new crown vaccine due to the occurrence of thrombosis in the vaccinators. However, the British pharmaceutical factory responded on the 12th local time that its new crown vaccine is safe.