From Biontech to Johnson &amp; Johnson: Vaccines in comparison

In the fight against Corona, the vaccine from the manufacturer Johnson &amp; Johnson may soon be used in the EU. Where are the approved products different and where are they similar? 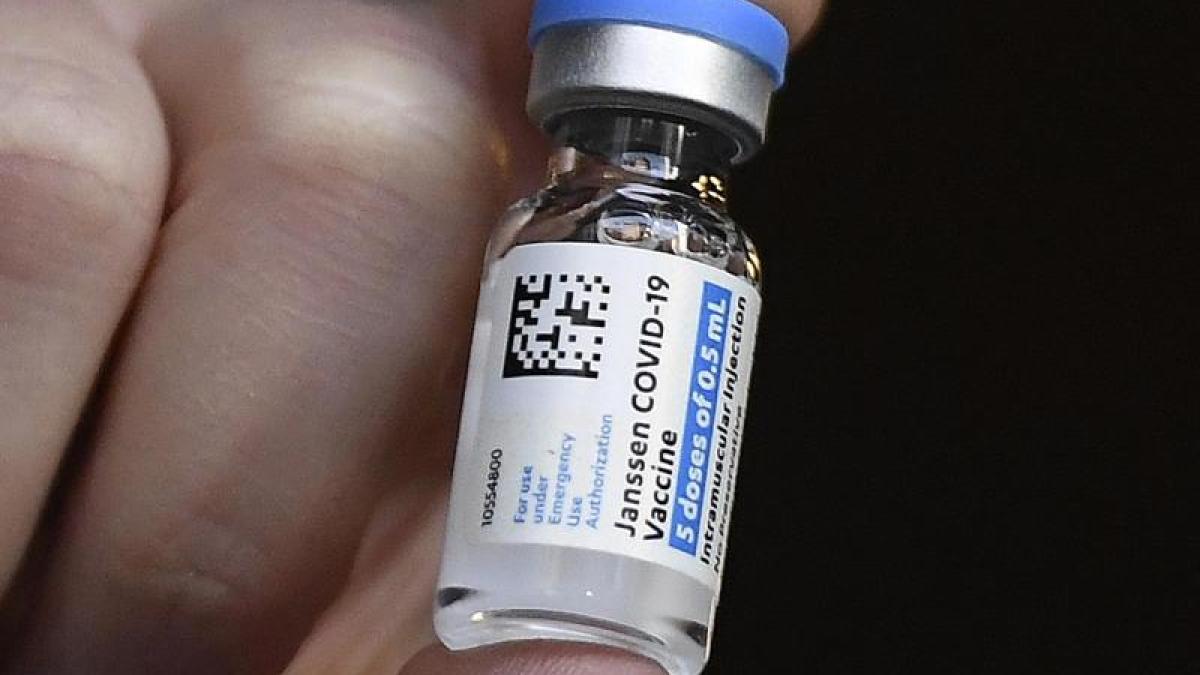 Berlin (dpa) - The corona vaccine from the US pharmaceutical company Johnson & Johnson has a special feature: the preparation only needs to be administered once.

This differs from the three vaccines previously approved in the EU, which require two doses.

The EU Medicines Agency, EMA, plans to announce its decision today to recommend the vaccine from Johnson & Johnson.

The preparation was developed in the Netherlands by the subsidiary Janssen.

How are the vaccines different?

You need a virus as a basis to smuggle information into the body.

At Johnson & Johnson, it's a human rhinitis virus that has been rendered harmless.

The body cells of the vaccinated person build the protein with the help of the assembly instructions, the body develops an immune response.

The preparations from Biontech / Pfizer and Moderna, on the other hand, are so-called mRNA vaccines.

Here the mRNA is the building instruction for a component of the Covid-19 pathogen.

It gets into the body cells with the help of tiny fat droplets.

These then also produce the virus protein against which the body develops its immune response.

The vector-based models have to admit defeat to the new types of mRNA vaccines in this regard: According to the US Food and Drug Administration (FDA), the vaccine from Johnson & Johnson offers 66 percent protection against moderate or severe Covid-19 courses - measured 28 days after Administration.

According to the FDA, the vaccinated person is 85 percent protected from serious to life-threatening illnesses after the same period.

According to the manufacturer, the Astrazeneca agent had an effectiveness of about 70 percent 14 days after the second dose.

In a new study, it reached up to 82 percent with a significantly larger interval between doses after the second vaccination.

The results are higher with the mRNA preparations: The US company Moderna puts the effectiveness of its vaccine at 94 percent - measured 14 days after the second dose.

According to studies by the companies, Comirnaty from Biontech / Pfizer showed an effectiveness of 95 percent just seven days after the second dose.

Recently, concerns have been dispelled that these values ​​could not be achieved in the event of massive use.

Positive data came from Israel, with the Biontech vaccine used predominantly, and Great Britain, with that from Astrazeneca, that corresponding hospital admissions would be greatly reduced.

This is where the biggest difference to the agents previously approved in the EU is: The preparation from Johnson & Johnson only has to be administered once.

In the group of 18- to 55-year-olds, however, about one month after the single vaccination, according to the manufacturer, over 90 percent of the participants had neutralizing antibodies in higher concentrations in their blood.

The group relied on a single dose.

All three other vaccines approved in the EU require two vaccinations.

At Biontech / Pfizer, the patient receives a dose every three weeks.

Because of the greater effectiveness of a delayed second dose, the World Health Organization (WHO) recommends waiting up to twelve weeks.

The Astrazeneca vaccine is now set to be tested in minors between the ages of 6 and 17.

The Robert Koch Institute (RKI) advises that the same preparation should always be used for both vaccinations.

The Paul Ehrlich Institute (PEI) announced that if the preparation was changed, full effectiveness could not be guaranteed at the moment.

In the case of a later re-vaccination, a change of the preparation - for example from vector to mRNA vaccine - is possible without any problems according to immunologists.

According to the RKI, pain at the injection site, exhaustion, headache, joint pain and chills have been the most commonly observed side effects after the vaccinations.

In general, however, they were weak to moderate and subsided after a short time.

According to the RKI, as with all other vaccines, immediate allergic reactions up to shock or other previously unknown complications cannot be ruled out “in very rare cases”.

The Standing Vaccination Commission at the RKI (Stiko) also recommends vaccination for people with immunodeficiency - for example, with HIV infections, cancer or after organ transplants.

Do the vaccines also protect against variants of the virus?

The manufacturers Moderna and Biontech / Pfizer are confident.

Initial tests indicate that their vaccines also protect against the two variants initially detected in Great Britain and South Africa.

However, the companies also found that those vaccinated against the variant from South Africa apparently develop a weaker immune response.

The Astrazeneca vaccine protects against the British mutant, but there are doubts about its effectiveness against the South African variant

The vaccine could be adjusted if necessary, said Pfizer and Biontech.

Among other things, Moderna wants to test the effect of an additional booster dose.

South Africa is now relying on the preparation from Johnson & Johnson.

Its effectiveness against the predominant variant B.1.351 has been proven, it said.

The vaccine should also offer protection in the Brazilian variant P.1.

A big advantage of Johnson & Johnson and Astrazeneca is that they can be stored for months at refrigerator temperatures of two to eight degrees Celsius.

The vaccine from Biontech / Pfizer, on the other hand, is stored at around minus 70 degrees.

According to the latest information from the companies, however, it remains stable for two weeks even at minus 25 to minus 15 degrees Celsius.

With the Moderna vaccine, it doesn't have to be that cold at around minus 20 degrees.

How much vaccine is planned for Germany?

The EU Commission has concluded framework agreements with a total of six manufacturers for the delivery of a total of around 2.3 billion vaccine doses.

According to the Ministry of Health, Germany has secured a good 94 million doses from Biontech / Pfizer and around 50 million from Moderna.