Tesla is sticking to the schedule for its car factory

The US automaker Tesla has less than four months for its factory if the first electric cars are to roll off the assembly line according to plan. But a hearing left the schedule behind. 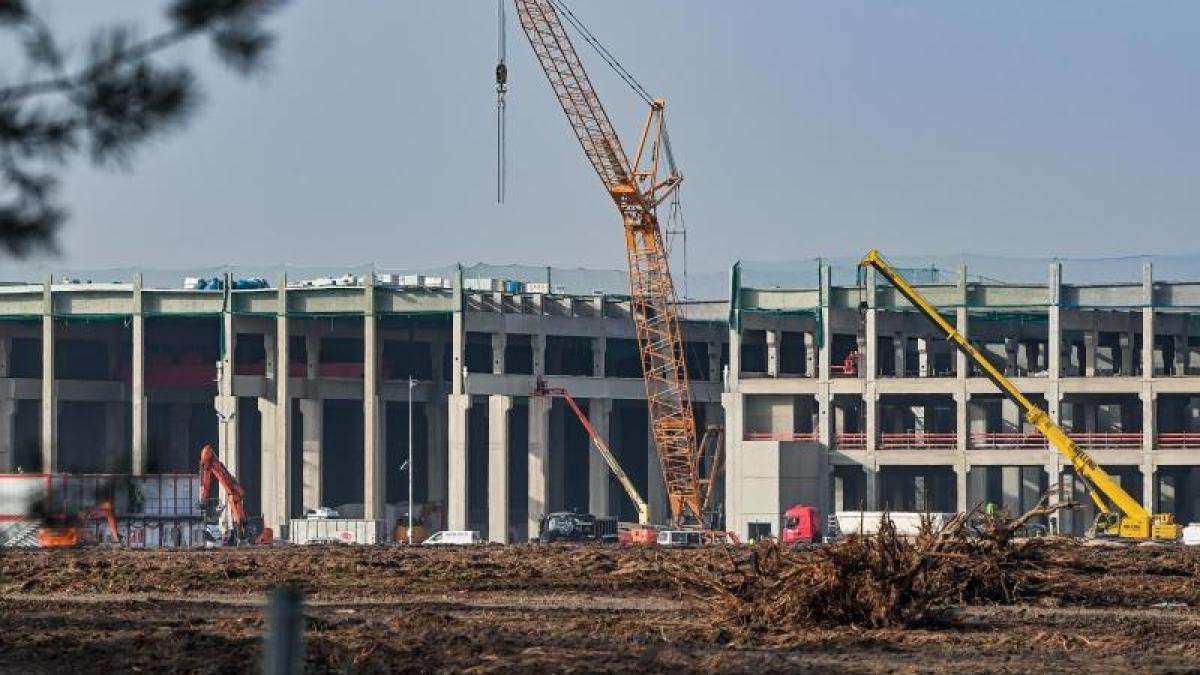 Grünheide (dpa) - Even after delays, the US electric car manufacturer Tesla is sticking to the ambitious schedule for its car factory in Grünheide near Berlin.

The start of production is still planned for this July, it was said from industry circles.

A public hearing of critics last autumn and the processing of the objections caused a delay in the construction of the building.

It was therefore unclear whether the company could stick to the schedule.

Tesla has not yet commented publicly on this.

The final environmental approval for the factory by the state of Brandenburg is still pending.

A decision about this is possible until the end of March or the beginning of April.

The construction of the factory is already advanced, however, because Tesla is building in individual steps through early approval.

Most recently, the company received such a permit from the Brandenburg State Office for the Environment for the installation of machines.

According to the Brandenburg Ministry of the Environment, an application from the beginning of February deals with the removal of topsoil and the leveling of terrain.

An application from the end of February relates to the construction of underground lines.

"Both are still being examined," said ministry spokeswoman Frauke Zelt.

Conservationists and local residents fear that the car factory will have negative consequences for the environment.

Above all, they see drinking water and protected animals such as sand lizards and smooth snakes in danger.

The Brandenburg authorities involved are still examining objections to the project and are also taking the hearing into account.

Brandenburg's Environment Minister Axel Vogel (Greens) made it clear at the beginning of March that Tesla can continue to build with early approval until the time of production.

"Test runs are also possible (...), that is, measures to check the operational reliability such as testing the tightness of tanks and pipelines or the casting and pressing of sample workpieces", Vogel told the "Märkische Oderzeitung" (March 5).

But: "There will be no cars on the market from a factory that has not yet been approved."

The basis for such early approval is a positive forecast for the project.

Tesla on its car factory near Berlin

Questions and answers from the state government of Brandenburg about Tesla