Corona tests in companies: Associations leave it to appeal

Free of charge and short distances - employees should be able to easily be tested for Corona in the company. But for the company the offer remains voluntary for the time being. Chancellor Merkel insists on "substantial" participation, the first corporations are already reacting. 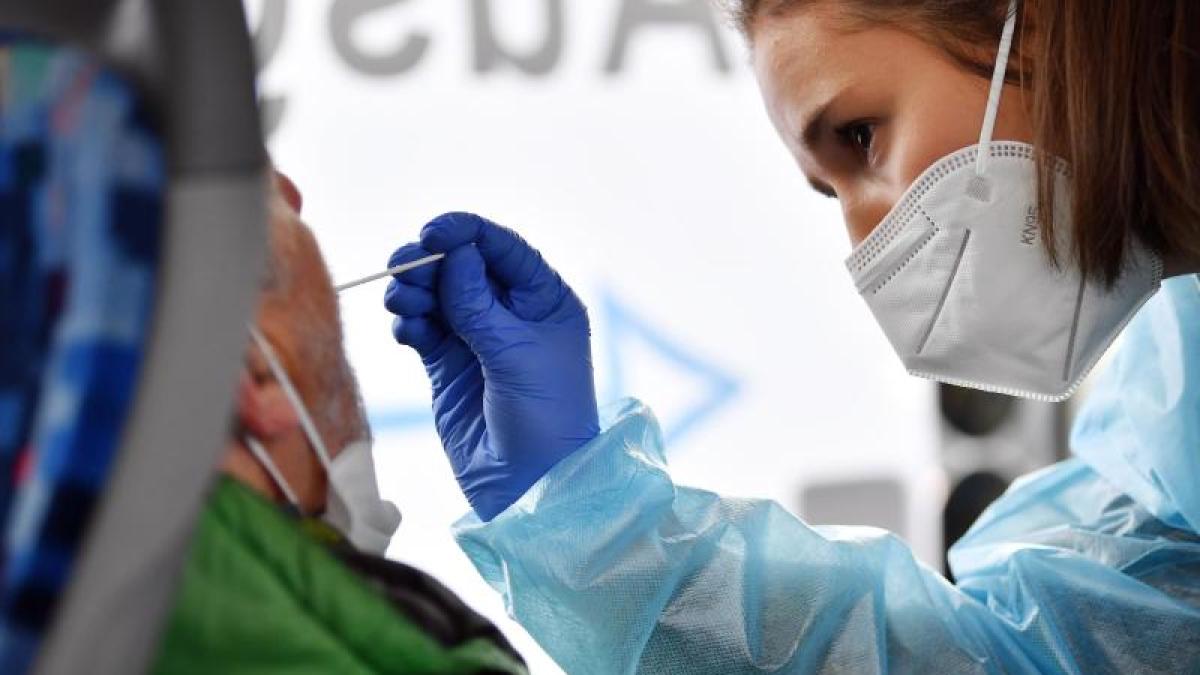 Berlin (dpa) - The central associations of the German economy want a "temporary substantial expansion" of corona tests in companies - but on a voluntary basis.

The industry associations BDA, BDI, DIHK and ZDH announced on Tuesday that they are calling on companies to offer their employees self-tests and, where possible, rapid tests with trained staff.

In this way, infections and, above all, larger outbreaks are to be detected at an early stage.

The company's commitment should remain voluntary.

The test strategy is "a must for the possibility of openings" and a bridge to vaccinations for larger parts of the population.

Merkel emphasized that she could only call on all individual companies to join the appeal.

A first review of the participation should be available at the beginning of April.

The government will look very carefully at what has come out.

Volkswagen and the Rewe Group, among others, announced rapid tests on Tuesday.

The federal and state governments had emphasized last week: "For comprehensive protection against infection, it is necessary that companies in Germany, as a contribution to society as a whole, offer their employees in attendance at least one free quick test per week."

After that, however, the central associations and the federal government wrestled over a concept.

The declaration of the economy is "a very good and central basis for submitting an offer for testing to as many employees as possible," said Economics Minister Peter Altmaier (CDU).

The German Federation of Trade Unions, on the other hand, expressed its disappointment.

But that is only possible if employers take the health protection of their employees seriously. "

Employees who work face-to-face should be offered free tests.

The cost of the tests would have to be borne by the employer.

The central associations promised: "We will do everything possible to ensure that the companies follow this call and thus make a decisive contribution to the expansion of the tests in Germany."

It is about "a temporary substantial expansion of testing".

The public will be continuously informed about the number of participating companies.

The Volkswagen Group plans to offer its employees a quick test once a week from April.

The carmaker announced in the evening that it was about integrating the additional rapid tests into the previous test strategy.

The companies of the Rewe Group (including Rewe, Penny, toom Baumarkt, DER Touristik) will provide their more than 250,000 employees in Germany with free Corona self-tests "as soon as possible".

"With this we support the test strategy of the federal and state governments," said CEO Lionel Souque.

Mass tests are intended to secure the opening steps that the federal and state governments decided last week.

The more and more extensive tests are carried out, the more clarity can be gained for further opening steps, emphasized Altmaier.

Heil explained: "Broad tests offer an opportunity to facilitate relaxation for the citizens and the economy."

In the opinion of the trade associations, however, vaccinations are more important for combating the pandemic.

They again pointed out that the companies had offered to use their company doctors to vaccinate.

However, increased tests are "an effective bridge that will be necessary at least until June" when more people are vaccinated.

The big business associations had sent the government numerous questions about the tests in the companies - including what positive incentives there are for companies to carry out such tests and whether the costs would be reimbursed.

Rapid tests are carried out by staff who are primarily trained to insert the cotton swabs used for this purpose deep into the mouth and nose and to ensure that they are protected against infection.

Employees could also use self-tests on their own.