The story of referee Hernandez with Real Madrid .. Chapters of controversial arbitration cases

Real Madrid is angry at the Spanish referee Alejandro Hernandez, who led the “Derby” Madrid against Atletico and ended in a 1-1 draw. 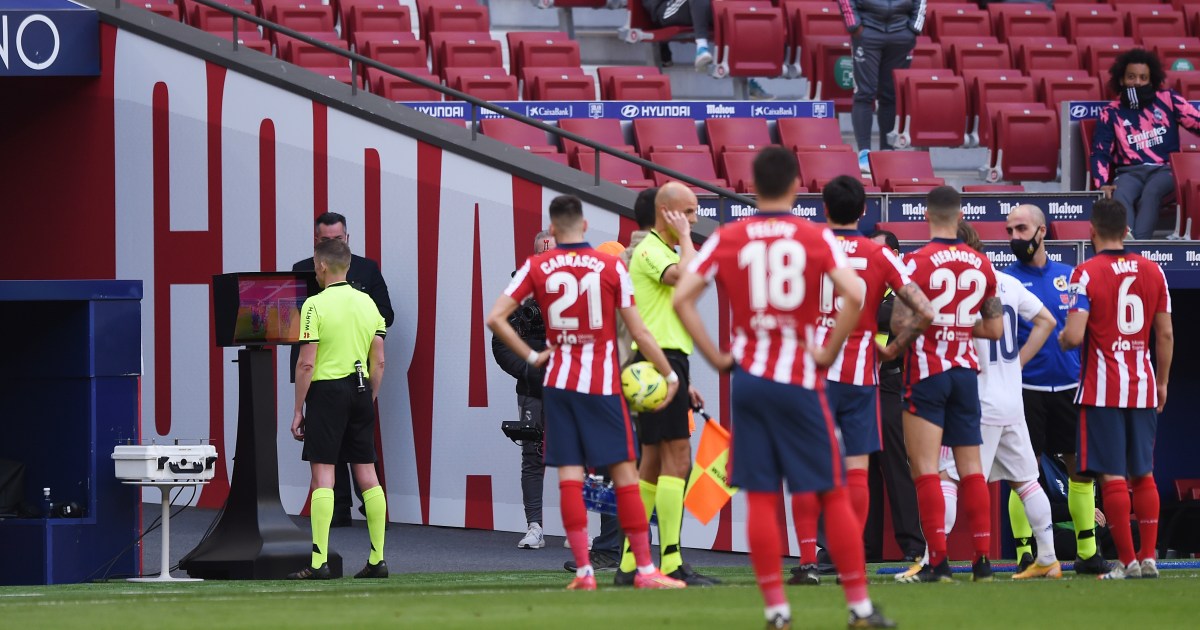 Real Madrid is angry at Spanish referee Alejandro Hernandez, who led the Madrid "derby" against Atletico and ended in a 1-1 draw.

And the royal anger is not only because the referee did not award a penalty kick to the team after the ball hit the hand of the Spanish defender Philby, "Al Atleti" inside his team's penalty area, but because this incident is the latest in a series of complaints filed by Real against referee Hernandez, which amount to 10 controversial cases. .

- Season 2019-2020: In the last Spanish Clasico against Barcelona at the Camp Nou, Real Madrid demanded two penalties after two mistakes committed against Frenchman Raphael Varane inside the Barca penalty area.

- Season 2019-2020: A handball against Levante player Campana in the latter's penalty area, but Hernandez did not count it, and the match ended with the royal loss with a clean goal that came at a deadly time.

- Season 2017-2018: In another Clasico, 3 controversial cases were the object of the royal players, first: Uruguayan Luis Suarez extracted the ball from Varane and scored a goal for Barcelona, ​​and the Real players demanded a mistake and Suarez himself admitted that there was a "somewhat" mistake, and the second: A penalty kick after a mistake committed by Jordi Alba against Brazilian Marcelo, Real's back in the penalty area, and the third of these cases was the request to expel Alba - who had a yellow card - after placing his hand on the neck of Luka Modric.

- Season 2016-2017: Another case in the Barcelona match, Real Madrid captain Sergio Ramos was expelled after a mistake he committed against Barca's top scorer Lionel Messi, but the Real players considered the expulsion cruel.

- Season 2015-2016: It was the first El Clasico confrontation that the French coach Zinedine Zidane fought, and on that day Hernandez canceled a goal scored by Welshman Gareth Bale (loaned to Tottenham), while the Real players considered the goal correct.