Sweden lags behind in gender equality: "We live on old merits"

Sweden has lagged behind in terms of gender equality in business and the labor market over the past ten years, according to a report from the Allbright Foundation. - We live on old merits, says Amanda Lundeteg, CEO of Allbright. 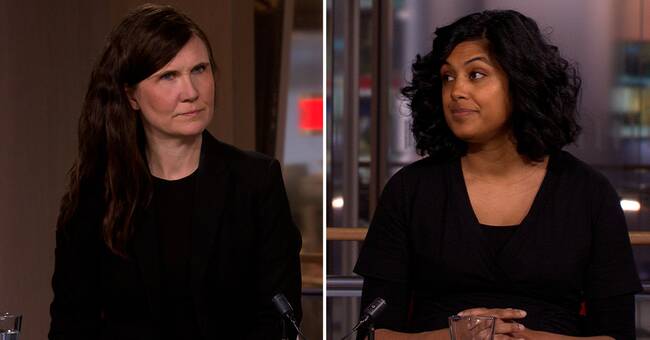 It seems to be a while before we reach gender equality in business.

- We will not reach equal management until 2042. Much has been done, but we still have most to do.

Among the countries that have developed stronger than Sweden is the USA, with 28 percent women in the management groups, compared with Sweden 25 percent.

Several countries in Europe, such as Norway, Iceland and Finland, are also starting to catch up.

If it continues at this pace, Sweden will be worse than the EU average already in five years, according to Amanda Lundeteg.

- We were an inspirer in these matters for a long time, but now we see that several countries are changing and catching up.

For Märta Stenevi (MP), Minister for Gender Equality, it is incomprehensible how it can not be more equal.

- When I was young, it was blamed that there was no recruitment base, but there is no shortage of talented women in business.

That you then still do not succeed in having more equal management groups, then something is wrong.

She sees a pattern in that the development stopped when the threat of a quota law disappeared.

She believes that there is an important message to the business community.

- There can be no need for a threat of legislation to take advantage of the expertise that exists within companies.

However, she is no stranger to the idea of ​​reviving the quota threat again, something that is not possible right now anyway because the Riksdag has made an announcement that the government may not do so.

- I do not think it should be needed, I do not understand why you do not want to take advantage of the skills we have.

It's just a matter of seeing what potential and power there is in companies.

That you then still sit and choose to quota men on the boards, it is sad that you have not come any further.

If it continues at this pace and Denmark also catches up, Sweden will be the worst in the Nordic region in two years' time, according to Amanda Lundeteg.

- It is clear that Swedish business leaders have laid down on the sofa, while the other leaders have an incredible development.

We live on old merits.