No big Union aid: Dardai hopes for a Khedira signal

The win against Augsburg brought great relief at Hertha BSC. He must not obscure the reality in the relegation battle. Since Bielefeld and Cologne did not go away empty-handed, the situation remains tense. Coach Dardai calls for courage against Dortmund. 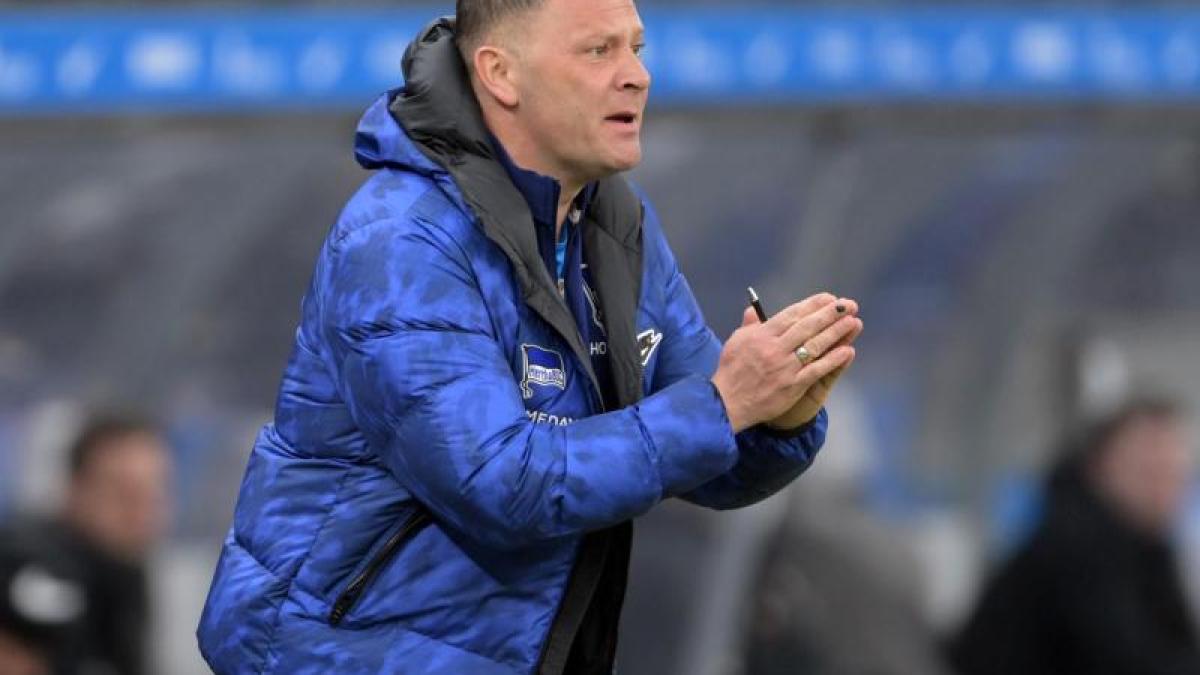 Berlin (dpa) - You have certainly never been so annoyed at Hertha BSC about lost goalscoring chances of 1. FC Union.

The unnecessary zero number of the local rival at Arminia Bielefeld on Sunday evening quickly brought the reality of the relegation battle back into consciousness after the cheers over their own 2-1 success against FC Augsburg.

As early as Wednesday, the Berliners in the Bundesliga even threatened to fall to the relegation rank if East Westphalia scored three points in the catch-up game against Werder Bremen.

Coach Pal Dardai had already made it clear with all the joy about the first victory of his second term as Hertha head coach against favorite opponent Augsburg: “Now we have to stay tuned.

The situation remains threatening from a sporting point of view anyway.

1. FC Köln - the next opponent of 1. FC Union - also scored against Bremen and is now one point ahead of Hertha.

After the duels dubbed by Dardai as Champions League mode against the four top-placed in the league from Munich (0: 1), Leipzig (0: 3), Wolfsburg (0: 2) and Frankfurt (1: 3) now comes tabular, as it were, the Europa League mode on Hertha.

Dardai only wants to concentrate on BVB on Saturday (6.30 p.m. / Sky) for the time being.

"We will definitely not go to Dortmund soooo," said the Hertha coach and raised his hands in resignation to illustrate.

"Every team sweated against us," said the 44-year-old - but with the exception of Augsburg, he also cheered in the end.

Important talks are due for Dardai on Tuesday.

The medical professionals are consulted.

Specifically, it is about the return plan of Sami Khedira (calf), Matheus Cunha (thigh) and Nemanja Radonjic (groin), who suffered all muscle wounds against Wolfsburg.

But: “It's difficult to say something.

You have to be careful with anything muscle, »said Dardai.

That sounded a bit more skeptical than the first Hertha announcement from the previous week, which initially only announced the failure of the trio for the Augsburg game.

These are the tasks that actually have priority for the Hertha coach in the current situation.

Dardais Plus is its ability to regain lost trust in its players.

Winning goal scorer Dodi Lukebakio is such an example, who laughs more under Dardai and kept his nerve with the penalty kick.

Or right-back Lukas Klünter, who was the only Herthan player to be on the pitch in Dardai's last coaching victory in May 2019 in Augsburg and who has now taken a regular seat from the stands.