An African businessman was surprised by two masked men storming his apartment while he was with his fiancée and assaulted them with a knife after the latter screamed and threatened him with slaughter to force him to open the safe, and they stole 150,000 dirhams from him under duress before they fled. 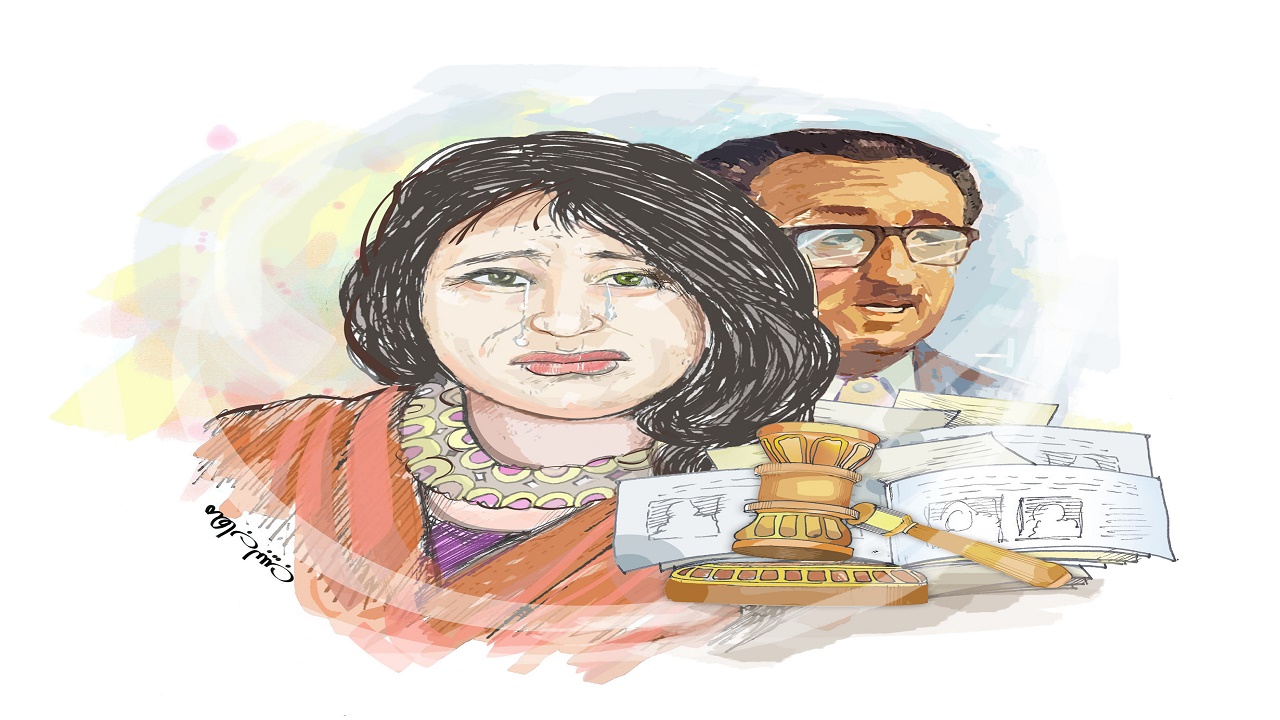 An African businessman was surprised by two masked men storming his apartment while he was with his fiancée and assaulted them with a knife after the latter screamed and threatened him with slaughter to force him to open the safe, and they stole 150,000 dirhams from him under duress before they fled. The crime was arrested, two of them were caught, but he was extremely shocked when he discovered that his fiancée was the mastermind of the crime, as she planned it and assigned her friend, the "first accused", to collect the rest of the accused and carry out the theft, and the two accused who were arrested were transferred to the Public Prosecution and from there to the Criminal Court, which started their trial in attendance. Meanwhile, the woman and another defendant who are being tried in absentia are being searched for in the same case.

The 45-year-old businessman said that he was accompanied by his fiancée, the "fourth defendant" in his apartment, exchanging a conversation, when he heard the sound of a bell and opened to be surprised by two masked persons pushing him and one of them grabbed his neck and pressed it until he dropped him to the ground and attacked him, while the other put a sticky tape on his mouth, and continued to hit and pull To the bedroom where the money safe is located, and they put a knife on his neck and threatened to kill him if he did not open the safe. He refused at first, but they attacked him and his fiancée until he obeyed and opened it, so they stole 150 thousand dirhams and 800 dollars and his passport, then fled, and closed the apartment on him from the outside.

He added that his fiancée had freed his hands and feet from the plastic shackles, so he called a friend who was staying with him in the same apartment, but he was outside, so he came and opened the door for him and called the police and ambulance that gave the victim and his "false" fiancée first aid, then informed the police with the latter about the incident.

For his part, a witness from the Dubai police said in the investigations of the Public Prosecution that a report was received about the crime of coerced theft in one of the buildings in Al Mamzar area, so he moved with his colleagues and saw the victim and his fiancée, and the first narrated the details of what happened, noting that the defendants assaulted his fiancée when she screamed, and hit her with a knife.

He added that a team was formed from the Muraqabat Investigation Department that was able to determine the identity of the accused, prepare an ambush and seize the first and the second on the same day, and by

asking the first accused, he revealed a surprise, which is that the victim's fiancée is the mastermind of the crime, as she arranged everything and agreed with him on the details and provided him with full information about The address of the apartment and the time of execution, pointing out that he took over the task of collecting the rest of the accused, so he communicated with the third defendant who had escaped and told him of the plan to rob the victim, and the latter sought the help of another person, who is the second accused in the case, and the three of them went on the date set by the woman and the second and third carried out the crime while the first waited for them and fled They ran away with the money, then distributed it among themselves, so the second arrested accused got 30,000 dirhams, but the police recovered most of the amount, while the third fugitive got only 7,000 dirhams, while the first arrested accused also shared the rest of the amount with him and the woman who escaped.