It's the interview of the still young year: Harry and Meghan in conversation with Oprah Winfrey. First clips give the impression that several scandals are to be expected - or even scandals? 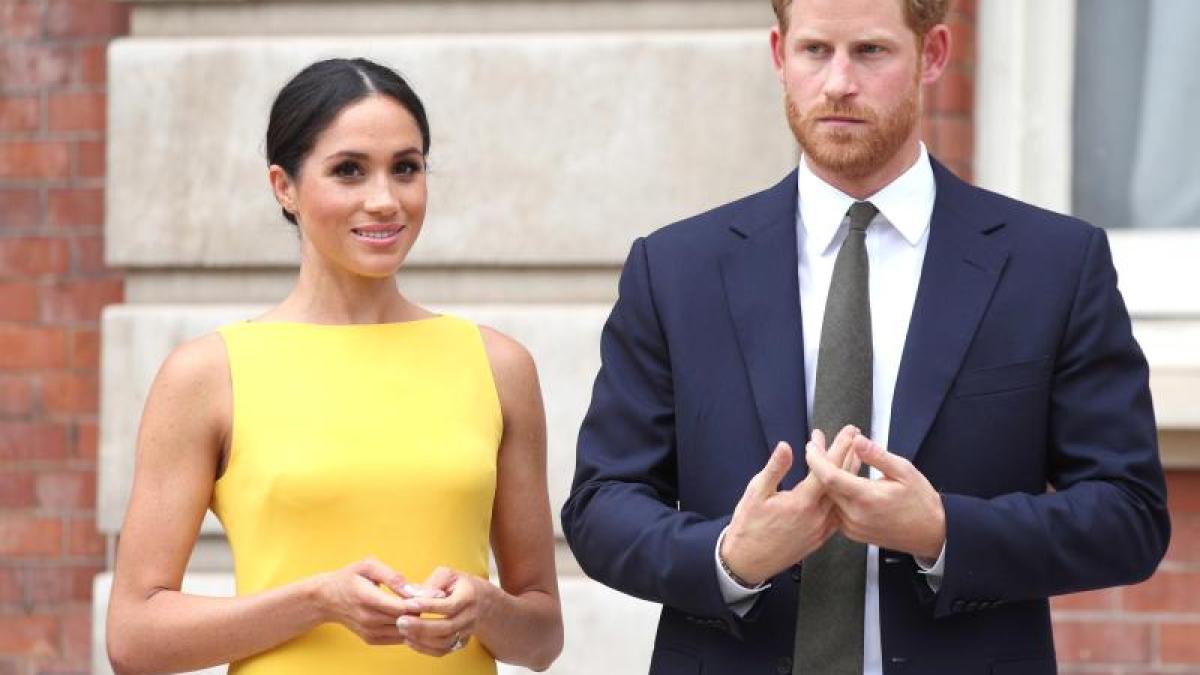 The atmosphere between the couple, who now lives in the USA, and the royal family seems poisoned.

Queen Elizabeth II (94) is said to have only found out about the conversation between her grandson Prince Harry (36) and his wife Duchess Meghan (39) with star presenter Oprah Winfrey through the announcement of the US broadcaster CBS.

The Queen will therefore ignore the interview and the "circus" and instead concentrate on her obligations, the Sunday Times quoted palace sources as saying.

But advisors are ready to “return the favor with new revelations about the couple's behavior when the monarchy is attacked”.

In the days before, information was repeatedly stabbed through.

The Telegraph reported that the Charity Commission was examining the couple's charity, Sussex Royal, which Meghan and Harry had closed after their royal exit.

Above all, the ex-actress comes under increasing fire.

Even renowned papers cited with relish alleged misconduct and extravagant special requests of the Duchess of Sussex in the royal family.

There is also an ubiquitous anecdote that Harry is said to have yelled "What Meghan wants, Meghan also gets" through the palace corridors when she was denied a special piece of jewelry for the wedding.

"The hostage" has been called the Queen's grandson since his relationship with Meghan in the palace, can be read.

"You don't even have to be a royals fan to feel that part of our lives is being torn apart," wrote columnist Camilla Long in the Sunday Times.

The queen let herself be demonstrated by a «lightweight».

Criticism came in many places because the couple pulled through the interview broadcast while Harry's grandfather, the Queen's husband Prince Philip (99), is in the hospital.

Buckingham Palace recently added fuel to the fire when it announced it would investigate allegations of bullying against Meghan.

"Team Sussex" against the "company", as the royal family is called: The opponents in the corners of the ring are seemingly irreconcilable.

From Meghan's homeland, the USA, where the couple now lives with son Archie (1), the Sussexes receive support against the allegations from Great Britain.

Meghan's ex-colleague Patrick J. Adams (39), who played with her for several years in the US lawyer series "Suits", criticized in several tweets that it was "obscene" that the royal family was promoting and reinforcing the allegations of bullying .

"We cannot ignore the elephant in the room," said the daughter of former presidential candidate John McCain.

There is a "racist aspect".

“There's a lot of racism against (Meghan) in many different ways.

It threatens a lot of people, "said McCain.

Several commentators accused the royal family of double standards for having launched an investigation against Meghan, but not for the involvement of Queen's son Prince Andrew in the abuse scandal involving the deceased businessman Jeffrey Epstein.

The mood is poisoned.

Even before the broadcast, observers in London see the conversation in a series of memorable interviews.

When Prince Charles confessed his infidelities in 1994, when Harry's mother, Princess Diana, spoke in 1995 about her broken marriage to the heir to the throne - those were hard blows for the royal family.

But this interview could shake the monarchy to its very foundations, I heard.

The central question was whether Meghan and Harry would attack members of the royal family by name.

"Any criticism of a royal will be perceived as an attack against the entire House of Windsor," wrote the PA news agency.

It is hard to imagine in London that Harry, who has always been said to have a very good relationship with his grandmother, the Queen, will actually tear all bridges to his family.

The Sunday Telegraph reported that Harry's brother Prince William and his wife Duchess Kate were hoping for a reconciliation.

"There will always be humps in the street, but they are a family and families survive these things," the paper quoted an unnamed friend.

However, the advance clips, which the US broadcaster CBS published in a tactically clever way, do not suggest anything good.

In it, the questioner Winfrey says to Meghan, who is pregnant with her second child: "You said some shocking things."

In Great Britain, the conversation will only be broadcast on Monday evening, the ITV station is said to have paid one million pounds (1.16 million euros) for it.

Excerpt from "The View" with Meghan McCain