Gladbach slides deeper into crisis - "Let's go through it"

In the longest dry spell under coach Rose, Borussia Mönchengladbach could ultimately miss the European Cup. Bayer, on the other hand, is even back on the Champions League course after the win. 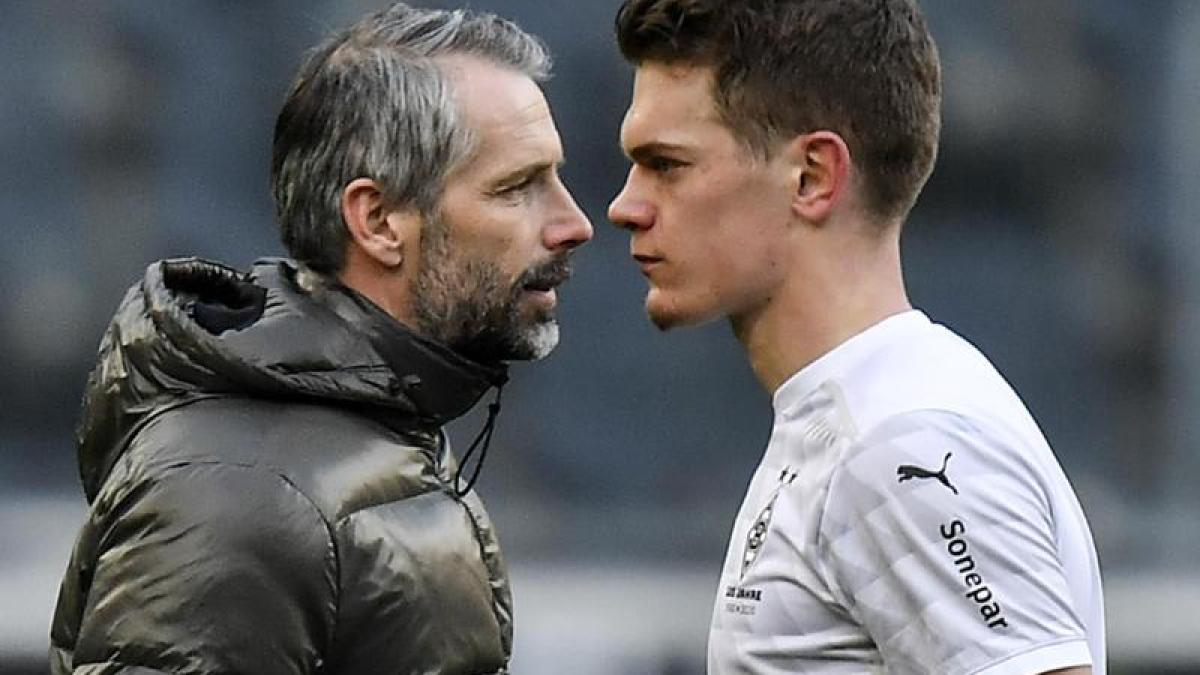 "I'm relatively broad and have broad shoulders," said the sports director of Borussia Mönchengladbach after the fifth defeat in a row.

But the 47-year-old also allowed a look inside.

"It's a complicated day, a day that hurts."

Eberl not only loses his dream coach Marco Rose in the summer, but also gradually loses sight of his sporting goals.

This is the bitterest finding after the 0: 1 (0: 0) lost West Derby against Bayer Leverkusen.

Despite falling to tenth place and demands from the fan scene to part with Rose immediately, the sports director is sticking to his plan.

"We'll go through there," said Eberl.

Regardless of this backing, the situation is not easy for the coach who is used to success.

His biggest problem right now is getting the team back on track after seven games without a win.

There are no problems between him and the players, not even after he announced his departure.

“Nothing has changed here.

The mood in training is as always, ”said Rose.

He does not see a connection between his move to Dortmund and the current crisis.

“I think it's primarily because of the results,” said the 44-year-old.

“There's a lot going on against us at the moment.

When you win, things go by themselves.

It's a little more complicated the other way around, ”he said.

Of course, the team had a mammoth program in the past few months and most recently with Borussia Dortmund, RB Leipzig and Manchester City also very strong opponents.

“It wasn't easy, everything was a little cramped.

We just need this breakout.

We won't give up and attack again, ”promised winger Valentino Lazaro.

But some important players in the team such as Marcus Thuram, Florian Neuhaus or the long-injured Denis Zakaria are lagging behind their form.

If players like Christoph Kramer, Jonas Hofmann and Lars Stindl also drop out, things will be tight.

Then, at the end of the season, it could be eighth, ninth or tenth.

“The biggest challenge now will be to keep your looseness and faith.

As a coach, I have to set an example and lead the way.

We have the opportunity to get things back in the right direction with a win, ”said Rose.

The Gladbach coach had the best seat for visual lessons on Saturday.

Bayer Leverkusen, meanwhile with seven points more than Gladbach, was in a similar situation after the bankruptcies in the DFB Cup, the Europa League and the worst start in the second half of the season with five competitive games without a win.

Coach Peter Bosz was also criticized and, like Rose, received support from above.

"If you are in an exchange every day, then you know where you are," said the Dutchman.

Bosz, who was missing ten players, did not complain, let his team act with a deeper line of defense and start aggressively.

“It's not that easy to play bravely forward in this situation.

We didn't play like a team that was insecure or afraid, ”said Bosz, who had to wait a long time for the winning goal before Patrik Schick released the Bayer team with his 76th-minute goal.

There were also eleven to the end.

Bosz found his starting lineup so good that he saw no need for a substitution.