In Paraguay, the health system is on the verge of collapse due to the corona pandemic. Health Minister Julio Mazzoleni has already resigned. Now there have been serious riots. 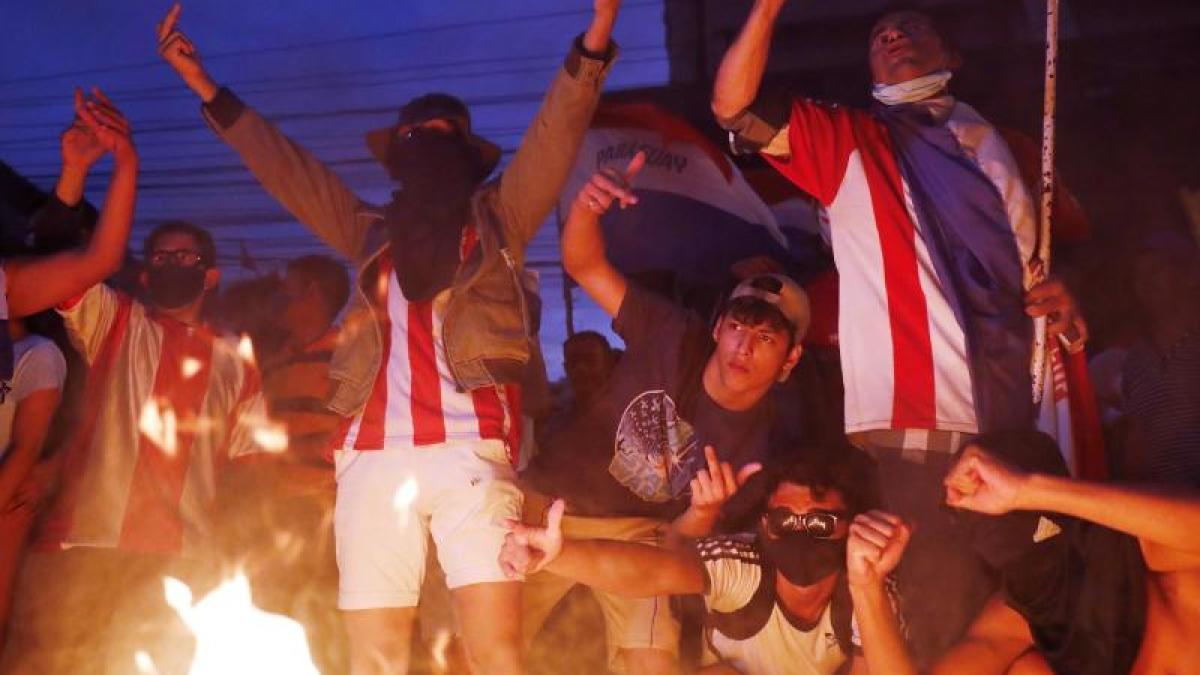 Asunción (dpa) - Protests against the government have led to serious riots in Paraguay.

After an initially peaceful demonstration against corruption and the lack of drugs in the corona pandemic, attackers hurled stones at the police in the center of the capital Asunción, as was seen on the ABC television channel.

The officers fired rubber bullets into the crowd and used tear gas.

In the South American country, the health system is on the verge of collapse.

Most recently, the government had to admit that there is a lack of important drugs for the treatment of Covid-19 patients and that almost all beds in the intensive care units of public hospitals are occupied.

So far, a good 165,000 people in Paraguay have been proven to have been infected with the corona virus.

According to the Ministry of Health, over 3,200 patients have died in connection with the Covid-19 disease.

Paraguay is about the same size as Germany and Switzerland combined, but only has a good seven million inhabitants.

Communication from the Ministry of Health