Legislative in Côte d'Ivoire: hope of a return to a peaceful political life

Ivorians go to the polls on Saturday to elect 255 deputies in 205 constituencies. For the first time in ten years, all the main political actors will participate in these le ... 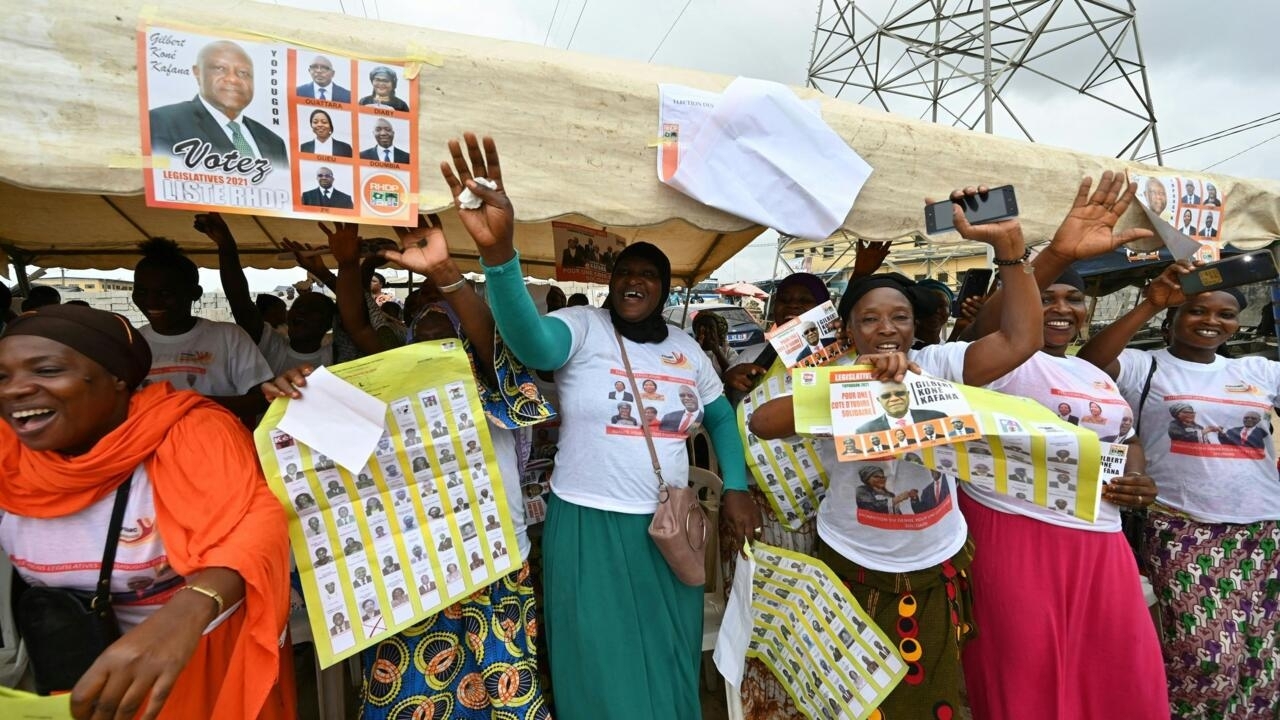 More than seven million voters in Côte d'Ivoire are called upon to choose their deputies on Saturday, March 6, in a poll which, after a campaign without major incident, raises the hope of a return to a peaceful political life, four months after an agitated presidential election.

The approximately 22,000 polling stations will be open from 8 am to 6 pm (GMT and local) for the election of 255 deputies in 205 constituencies.

For the first time in ten years, all the main political actors will take part in these legislative elections, while the opposition boycotted the October 2020 presidential election, marked before and after the election by violence that left 87 dead and nearly 500 injured.

>> To see: Legislative in Côte d'Ivoire: families demand the release of "political" detainees

The electoral campaign for these legislative elections, which ended on Thursday, took place in peace, which the Independent Electoral Commission (CEI) welcomed.

"In the almost unanimous opinion of the various parties involved in the process, the campaign took place throughout the national territory in a peaceful manner, despite a few incidents, which incidentally were minor and marginal," the CEI said on Friday.

Alliance between the parties of Laurent Gbagbo and Henri Koné Bédié

This election marks the big comeback in the electoral game of the Ivorian Popular Front (FPI) of former President Laurent Gbagbo.

The FPI boycotted all the polls since the arrest of Laurent Gbagbo in April 2011 in Abidjan and his transfer to the International Criminal Court (ICC) in The Hague, after post-election violence that left some 3,000 dead.

For its return, the FPI, the driving force behind a coalition called Together for Democracy and Sovereignty (EDS), entered into an electoral alliance with its historic rival, the Democratic Party of Côte d'Ivoire (PDCI) of the former -President Henri Koné Bédié.

>> To read: Ivory Coast: Laurent Gbagbo, omnipresent in the campaign for the legislative elections

The PDCI, a former single party, was created by the "father of independence" Félix Houphouët-Boigny, of whom Laurent Gbagbo was the main opponent, which had led to him being imprisoned on several occasions.

The PDCI and the FPI, which boycotted the last presidential election on October 31, still do not recognize the re-election of Alassane Ouattara to a controversial third term.

But today they want a majority in the Assembly to prevent "the consolidation of absolute power" of the president and his party, the Rassemblement des houphouëtistes pour la democratie et la paix (RHDP).

Opposite, the RHDP appears as the "only" to be able to present candidates in all the constituencies, promising "an orange wave", the color of the party, to continue "the reforms" of the head of state.

In the last legislative elections, in December 2016, the RHDP, then allied to the PDCI, won an absolute majority with 167 seats.

As an outsider against the RHDP and the PDCI-EDS alliance, another alliance was formed between the former Prime Minister of Laurent Gbagbo, Pascal Affi N'Guessan, and the formations of a former minister, Albert Mabri Toikeusse , and the former leader of the "Young Patriots" Charles Blé Goudé, who has long been one of the pillars of the galaxy of supporters of Laurent Gbagbo.

Laurent Gbagbo and Charles Blé Goudé were acquitted of crimes against humanity by the ICC in 2019 and still live in Europe, the first in Brussels and the second in The Hague.

The former president is on parole, pending a possible appeal from the ICC prosecutor, Fatou Bensouda.

His supporters are eagerly awaiting his return, which he recently announced on Facebook for "soon".

"With my return, I intend to take my place in the process of national reconciliation and contribute to the reestablishment of the bonds of fraternity, conviviality and solidarity which have always characterized our people," he wrote.

President Ouattara declared himself in favor, in the name of "national reconciliation", for this return, which is however long overdue.