FC Bayern and Borussia Dortmund are in a rousing duel. The goalscorers Robert Lewandowski and Erling Haaland demonstrate their exceptional position. Joachim Löw is enthusiastic. 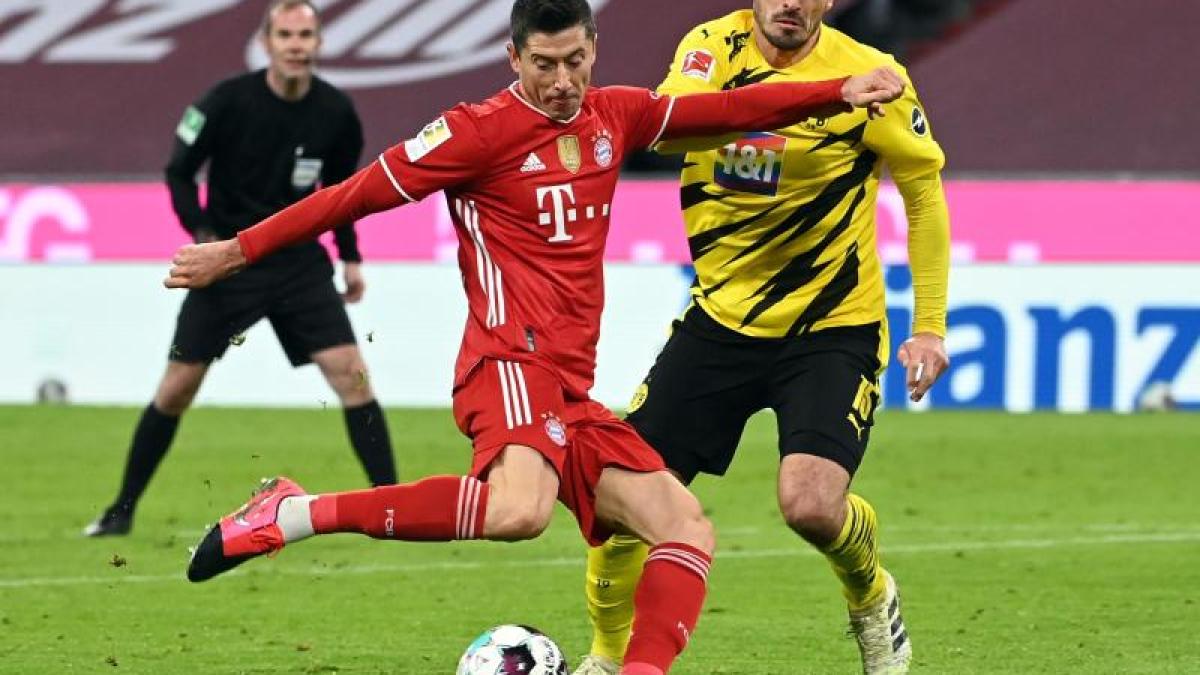 Munich (AP) - Robert Lewandowski won the super scorers' competition and kept FC Bayern Munich at the top of the table in the Bundesliga.

In a rousing German Clásico against Borussia Dortmund on Saturday, Munich celebrated a 4: 2 (2: 2) after a 0-2 false start at home.

After RB Leipzig's 3-0 win at SC Freiburg, the German record champions pulled back past the Saxons, against whom the programmed final for the cup is due on April 3.

At the classic Bayern against Dortmund, Joachim Löw marveled at a top duel from the grandstand that really deserved the name.

Haaland, who had to go out battered in the second half, increased his goal count to 30 competitive goals in 28 games.

Lewandowski now has 31 league goals under his belt.

After the quick start in Dortmund, Bayern came back with a strong mentality.

The two formative clubs of the past decade fought a great game with beautiful plays, intense duels and plenty of goals.

With his brace, Haaland ensured that Bayern were down 2-0 so early, as they were last in January 1977 against MSV Duisburg with two goals from Ronnie Worm.

The Norwegian only needed a little more than 70 seconds to take the lead after Joshua Kimmich lost the ball.

The ball came to Haaland via Mahmoud Dahoud, Nico Schulz and Thorgan Hazard, who completed the beautiful combination to make it 2-0.

The reaction of the series champion then lifted Flick's mood again.

The Munich team got better and better into the game, booked more possession and put pressure on them.

Dortmund, which ran three kilometers more than the hosts in the first half, resisted viciously.

But Lewandowski did not want to be inferior to Haaland in terms of scoring goals.

After preliminary work by Leroy Sané, who was powerful and enthusiastic on the right wing, Lewandowski only had to hold out his foot.

After checking the video assistant, there was a foul by Dahoud on Kingsley Coman, which Lewandowski sank in typical manner.

Even after the break it was intense.

"Keep pushing, keep pushing", the Munich starting eleven returnees Thomas Müller called on his Bavarians, who determined what was going on more and more clearly.

Especially after Haaland's foot was treated and had to leave the field (60th).

At Bayern, Jérôme Boateng had to be injured from the field a little later (70th).

Lewandowski tore his hair after he could not use a shot from the edge of the penalty area (63.).

There was not much relief from Dortmund, Goretzka made the acclaimed 3-2.

Lewandowski then made everything clear.