And if it is Felipe Varela who has abandoned Queen Letizia and not the other way around?

Queen Letizia (48 years old) has not released a Felipe Varela dress since the 2019 Princess of Asturias Awards. Sixteen months have passed. That October 18 was a date ... 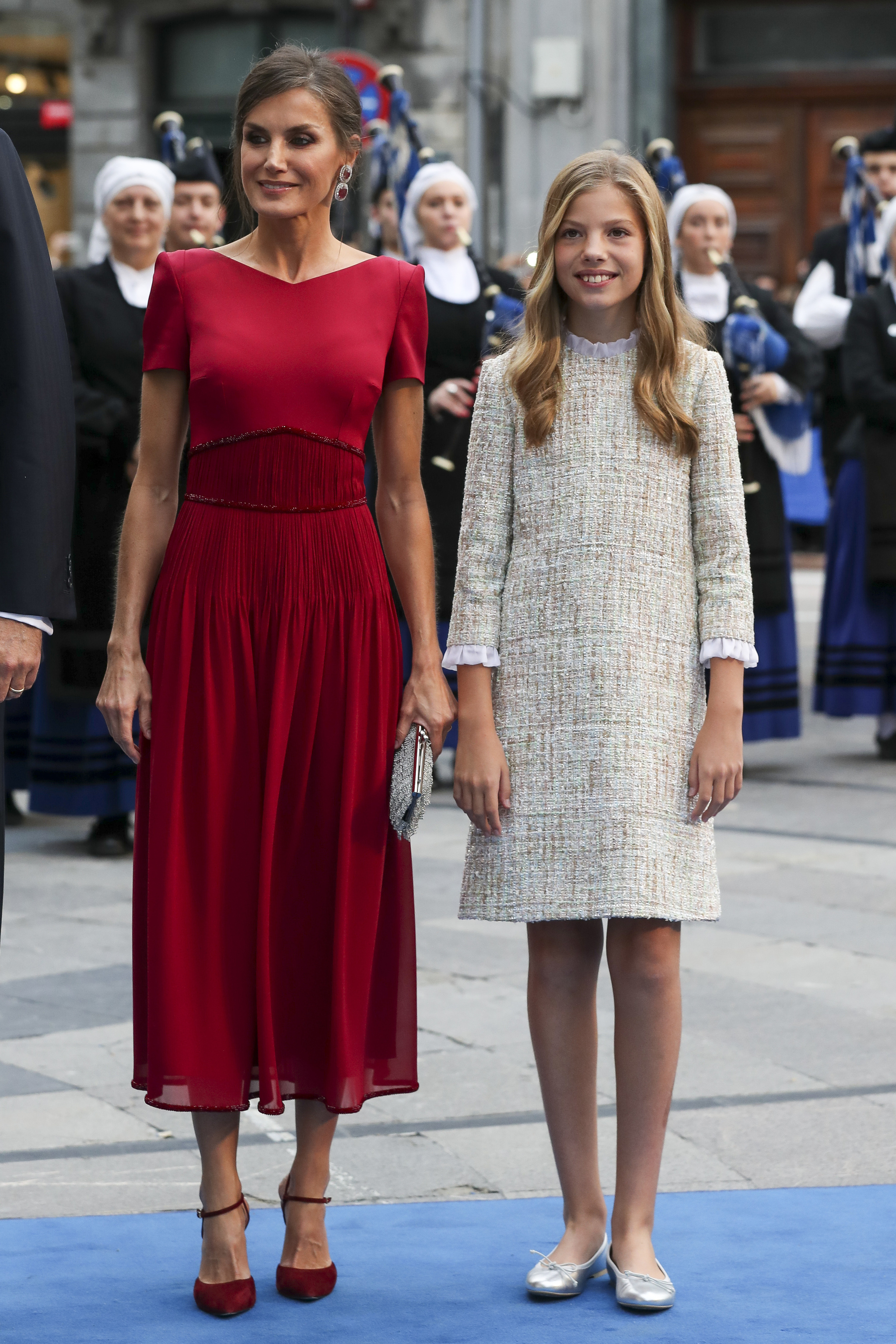 not released a Felipe Varela dress

since the 2019 Princess of Asturias Awards. Sixteen months have passed.

That October 18 was a very special date.

Her daughter Leonor debuted in the awards, so the consort decided to look more discreet than other years and thus give prominence to the girl.

She was very elegant, but less flashy than other times with a maroon dress, midi length and crystals as a sash.

All combined with spectacular

I used to wear new rods in these two appointments, and sometimes in the Military Easter

), also released another model that was considered his favorite dressmaker: a pink tulle and organza shirt with embroidered butterflies.

A year had passed since the last time he released a Varela, and in 2018 it was more than six months without cutting the label of any of his garments.

In other words, the collaboration between designer and muse was taking too long a time compared to Letizia's early years as Princess, when she almost always wore him.

The alarms went off.

Letizia, the last time a Varela premiered in 2019.

It was speculated and it continues to be speculated

a lot if the once flesh and nail had gotten angry,

It is a fact that, since she is Reina and Fernández was booked to organize her closet, she hardly resorts to Varela.

Political and circumstantial reasons have also been adduced.

The attacks of Podemos to the monarchy, the fiscal irregularities of King Juan Carlos, Corinna, now the little exemplary vaccination of the infantas but, above all, the considerable

and multitudinous by the pandemic and the consequent economic crisis do not invite to dress of long shots or to spend the money in it.

However, it seems that the opposite could be happening according to experts on the Queen's attire.

And if it is Varela who has abandoned Letizia?

Felipe Varela, as a character, has disappeared from the map.

He no longer parades at Madrid Fashion Week

and the only notable movement of his brand consists of January 2020, when he joined the Association of Fashion Creators of Spain (ACME).

With a new logo four years ago, it has not presented accounts since 2018, with sales of almost two million euros and a fair profit of 25,000.

His brothers, Jacob (supposedly CEO of the company), Abraham (CFO) and Rut (communication manager) do not speak out and the social networks of the house are hardly updated, not to mention that the clothes that he sells in his store Ortega y Gasset's physics and the web (he has almost no corners left at El Corte Inglés)

Everything is a mystery, although the official version when he joined ACME is that they are "expanding internationally".

It is foreseeable that the brand will experience difficult moments: they live from ceremony fashion and with the coronavirus hardly any weddings, baptisms and communions have been celebrated.

If we add to this that the Queen no longer advertises it ...

Of course, Letizia continues to recycle her clothes, a gesture of austerity that both applaud and ugly other illustrious members of fashion, such as

Lorenzo Caprile, who dressed her years ago and has urged the Queen to boost the sector in this crisis

Last week, for example, Letizia put on a Varela coat of white tweed with silver and nude thread to inaugurate the Helga de Alvear Museum of Contemporary Art in Cáceres.

This theory is supported by the

, a Valencian dentist and the greatest specialist in the Queen's clothing in Spain together with the journalist Nuria Tiburcio (

The signature is out of date

, and few providers serve them ... I believe that Varela has already made a lot of money and could have retired.

It was said that he was ill but it was never confirmed.

He could have fired at Leonor's debut.

I think that date is not accidental, "he maintains." Eva Fernández now introduces her to other friendly brands, she has already returned from her maternity leave [she had a baby in spring].

Now it will release less and they will be foreign brands. "

Personally, they say that Felipe Varela is still married to the Cuban Joel Vázquez, but until recently they lived apart, the dressmaker in Paris and the

dependent on Prada and gallery owner