Two injured were found in the parking lot outside his store

Johan Cederholm found two injured people in the parking lot outside the store where he works. Now, two days after the attack in Vetlanda, he describes the atmosphere in the city as depressed. - It's so unbelievable to take in, it feels a bit like being an extra in a movie, he says in Morgonstudion. 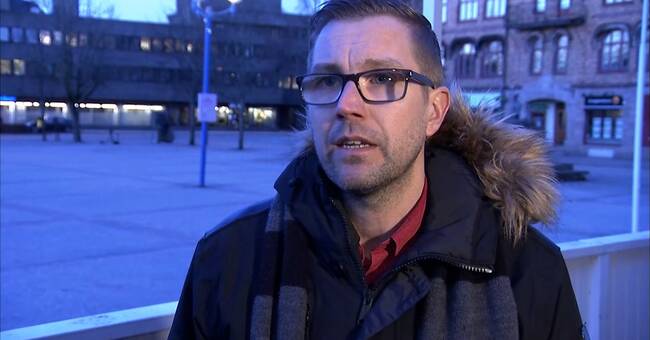 It was around three o'clock on Wednesday afternoon that the police were alerted to central Vetlanda after a man attacked and injured seven people.

One of those who was at the scene was Johan Cederholm.

Two people were found injured in a parking lot just outside the store where he works as a store manager.

- I saw a large rescue operation of ambulance, rescue service and a number of police cars.

I thought that something serious had probably happened, says Johan Cederholm in Morgonstudion.

Damaged in the parking lot

He says he then saw an ambulance standing right outside the store and when he went out into the parking lot he saw two injured people being taken care of by medical staff.

Now, two days after the attack, he describes the atmosphere in Vetlanda as printed and says that there are many thoughts circulating about the incident.

- You feel discouraged and heavy.

It's so unbelievable to take in, it feels a bit like being an extra in a movie, he says.

Marianne Karlsson is part of the crisis support group that opened in Vetlanda after the attack and agrees with Johan Cederholm.

There have been a number of people who ask themselves how this could have happened here.

They are scared, sad and some can be a little angry, she says.