Dakar was, on Friday, the scene of riots between the police and hundreds of young people, two days after the arrest of the opponent Ousmane Sonko, whose custody was extended. 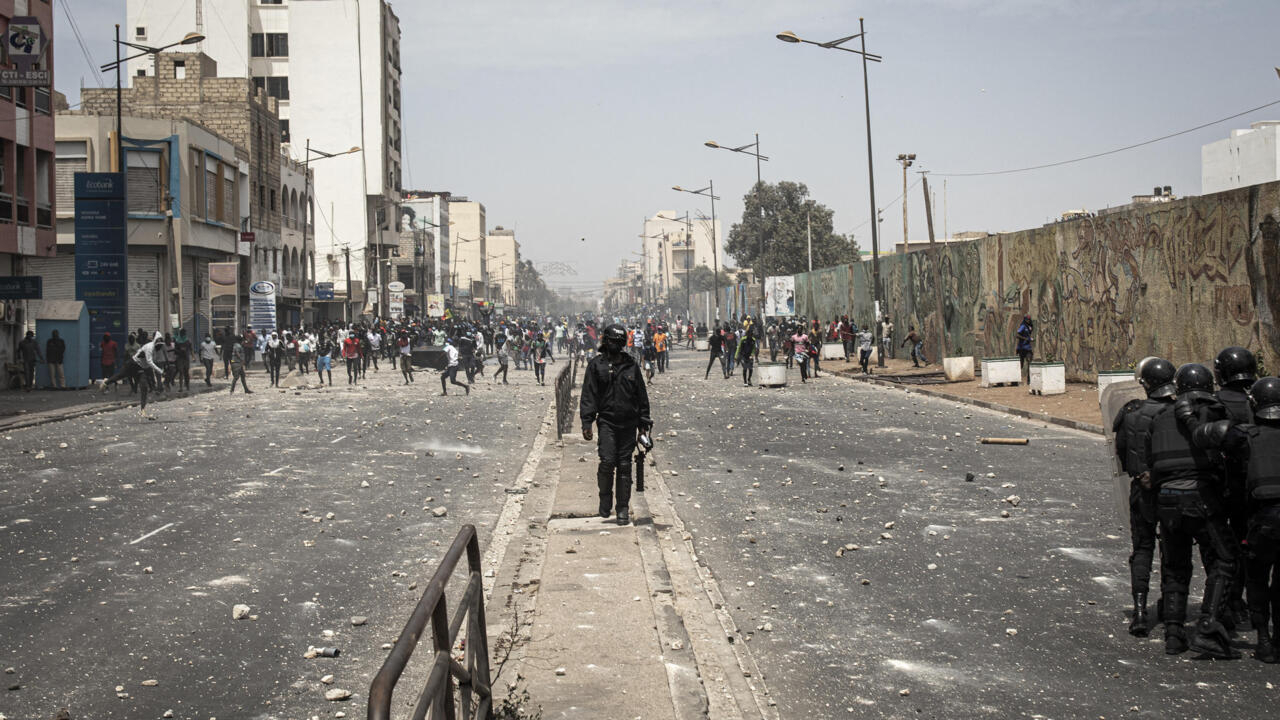 Another day of unrest in Dakar.

The Senegalese capital was the scene of urban guerrilla scenes on Friday March 5, opposing the police to hundreds of young people.

The latter have taken to the streets since the arrest, two days ago, of the opponent Ousmane Sonko, whose custody has been extended.

In the popular district of the Medina, in the heart of the Senegalese capital at a standstill, where deafening grenades resounded, groups of young people harassed many riot police with stones, before fleeing, noted AFP journalists.

The arrest of Mr. Sonko, third in the 2019 presidential election and expected to be one of the main competitors of that of 2024, has also triggered since Wednesday looting and looting of stores, in particular under the French banner, in the capital and various cities of the country.

The latter is however renowned as an island of stability in West Africa.

This arrest not only angered his supporters, but also, say many Senegalese, brought to its height the exasperation accumulated in this poor country.

This in the face of the harshness of life for at least a year and the Covid-19 pandemic.

During a charge on the main avenue Blaise Diagne, at least dozens of young people chanting "Free Sonko" managed to temporarily push back the police, despite the heavy fire of tear gas canisters.

The ground was strewn with stones, grenade cartridges and burnt tires.

In Mbao, in the outer suburbs, looters were also seen, by an AFP journalist, pulling out their arms laden with merchandise from an Auchan supermarket, of which at least 14 stores were attacked and 10 "looted", according to the management of the French group.

A large police force was set up in the Plateau district, the nerve center of power where traffic was almost zero.

The protests left at least one death Thursday in the south of the country.

Several other deaths have been reported, without being formally confirmed.

On Thursday evening, demonstrators attacked the premises of the daily Le Soleil and the radio RFM, deemed close to power.

French schools in the country have closed, as has the Air France agency.

Ousmane Sonko's custody is due to end on Sunday March 7.

He will be presented to the judge again on Monday, according to his advice.

The opponent was officially arrested for disturbing public order, while marching in procession to court where he was summoned to answer charges of rape.

It is therefore targeted by at least two procedures.

He was presented to the judge on Friday in the one for alleged rape and came out without being charged, but with a new appointment on Monday, according to his lawyers.

He was taken back into custody in the proceedings for disturbing public order, they added.

Mr. Sonko is the subject of an "attempted liquidation for the purpose of eliminating a political opponent," said Mr. Abdoulaye Tall.

He has been targeted since early February by a complaint for rape and death threats filed against him by an employee of a beauty salon where he was going to get a massage to, he said, relieve his back pain.

A personality with an anti-system profile, the deputy shouts at the plot hatched by President Macky Sall to remove him from the next presidential election.

Mr Sall denied this at the end of February, but has since remained silent on the matter.

Rights defenders are moved by the authorities' response.

"The Senegalese authorities must immediately stop the arbitrary arrests of opponents and activists, respect the freedom of peaceful assembly and freedom of expression, and shed light on the presence of men armed with clubs alongside the security forces "Amnesty International said.