The "Sawab" Center, the joint Emirati-American initiative to combat the propaganda and ideas of "ISIS" and other terrorist groups, warned against random electronic searches for religious information and fatwas, as it confirmed that it has become a widespread phenomenon, as people search for the easiest way to reach their goal. 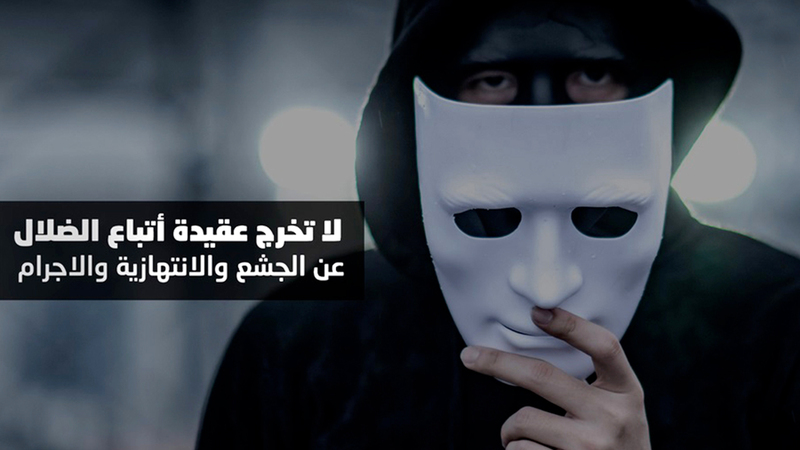 Emphasize the danger of obtaining false and distorted information

The "Sawab" Center, the joint Emirati-American initiative to combat the propaganda and ideas of ISIS and other terrorist groups, warned against random electronic searches for religious information and fatwas, as it confirmed that it has become a widespread phenomenon, as people search for the easiest way to reach their goal, alerting individuals to its danger. It makes them vulnerable to false and distorted information.

The Center warned, in tweets broadcast through its account on social media, that lies of the followers of misguidance spread on the Internet and on social media, and many links, clips and anonymous documents may contain false or distorted information, in addition to broadcasting their toxins, with the aim of collecting Money, deceiving young people, and using their enthusiasm for bloody goals against innocent people and society.

The center emphasized that one of the lofty goals of society is to protect young people and young people from the lies and calls for violence and extremism spread on the Internet, which are spread by the followers of misguidance, noting how the ideas of the followers of misguidance calling for hate undermine the spirit of tolerance and respect for diversity and solidarity.

He stressed that combating terrorism and extremism is not limited to weapons alone, but rather includes spreading religious, community and national awareness, and working to achieve self-realizing success, serving society, and achieving the elevation of the homeland.

He mentioned that the followers of misguidance, such as ISIS and other terrorist organizations, always search for justifications to push the followers to commit suicide and kill others, taking advantage of these followers' ignorance of religion and common sense, and that their discourse, which is filled with violence, brutality and incitement against others, is a discourse that is not worth listening.

He pointed out that followers of misguidance rely on insidious strategies to attract women by using magazines issued in various languages, inciting women to take up arms and fight, and to leave their husbands if they do not obey them.

He recalled the actions of the extremists, as they were marketing the looted pieces and claiming that they were applying their wrong religious concepts, portraying themselves as guardians of religion, while they were nothing but a group of thieves and bloodthirsty mercenaries.

He warned that the followers of misguidance claim that they are advocates of righteousness, but their actions do not deviate from the crimes of armed gangs and terrorist attacks on civilians, where the terrorist hides behind a false mask, claiming religiosity, struggle and sacrifice for the sake of the common good, but the testimonies of the defectors from the followers of misguidance, and those who witnessed a period of control "ISIS", on some lands, exposed their opportunistic and criminal reality.

It is noteworthy that the campaigns of the "Sawab" Center targeted the destruction practiced by ISIS against families and societies, and its destruction of the antiquities and monuments of ancient human civilization, as well as focused on positive issues, such as the importance of difference and diversity for a healthy society, the positive role of youth in their societies, and important achievements Women have performed in preventing and preventing extremism, resisting it, and advancing society.

The Sawab Center, the joint Emirati-American initiative to combat the propaganda and ideas of ISIS and other terrorist groups, and to promote positive alternatives to extremism, has sought, since its launch in July 2015, to encourage governments, societies and individuals to actively participate in confronting extremism via the Internet, in addition to providing during this period an opportunity Make the voice of millions of people heard around the world who oppose ISIS and other terrorist groups, and support the Center's efforts to publicly demonstrate the group's brutality and its criminal nature.

links and sections of

documents and anonymous source can contain erroneous information or distorted.