Pandemic puts more of a burden on people on low incomes

The corona pandemic is seen as an intensifier of existing social imbalances. A 500-page draft report by the federal government now also provides many indications of this. 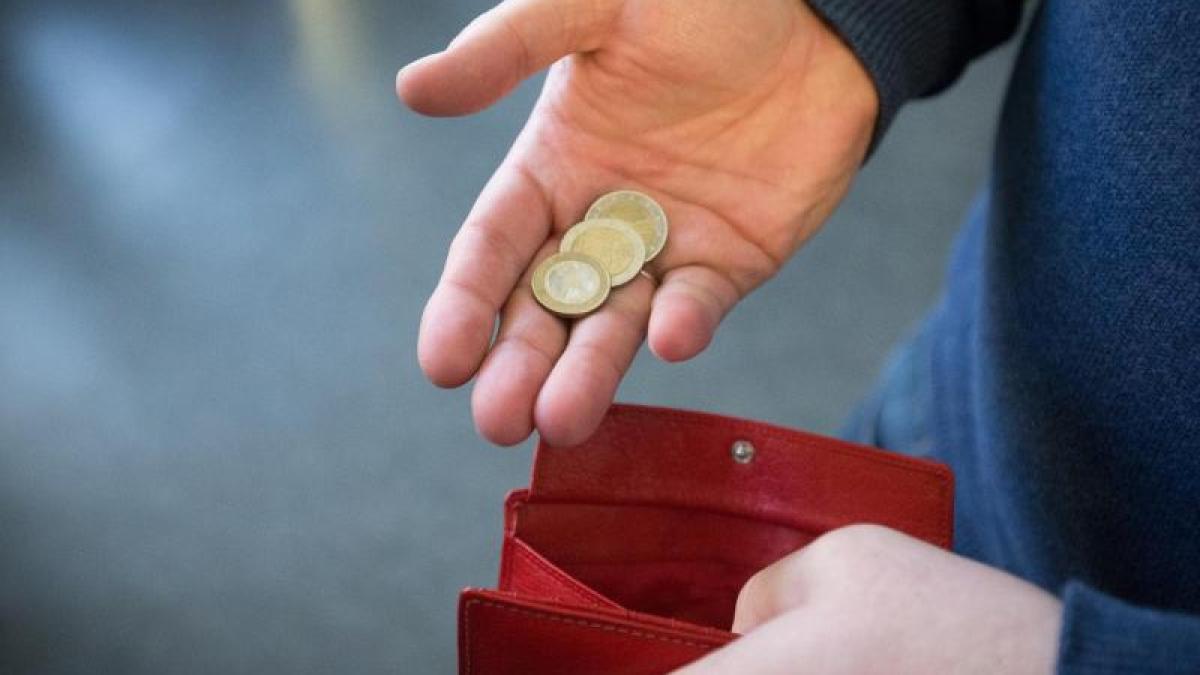 Berlin (dpa) - Fewer reserves, fewer opportunities on the job market, problems with homeschooling: the financial effects of the corona pandemic have so far hit many people with low incomes in particular and reduced their chances of advancement.

This emerges from a draft for the poverty and wealth report of the federal government, which is available to the German press agency.

The "Süddeutsche Zeitung" had previously reported.

According to the preliminary figures, around 30 percent of those surveyed with particularly low incomes had problems covering current expenses since the beginning of the pandemic in August.

Up to this point, 15.5 million households had to accept a loss of income in the pandemic.

According to the draft report, low and normal wage earners were particularly affected.

"The federal government must be ashamed of the results of this report," said Anja Piel from the board of directors of the German Federation of Trade Unions (DGB).

The paper shows that inequality is becoming entrenched and social advancement remains an empty promise.

"This situation is made even worse by the pandemic."

The draft makes it clear that the educational and career opportunities of low-income people will be further restricted by the pandemic.

In particular, parents with low incomes reported less support from schools in homeschooling and were concerned about their children's opportunities for advancement.

In general, the opportunities for advancement, especially for people from the lower income brackets, have continuously decreased since the 1980s.

It is becoming more and more difficult for them to rise to the middle class.

According to the report, the impact of the pandemic on the labor market could particularly affect the long-term unemployed.

These would be increasingly confronted with the problem of a partially closed labor market.

And while the number of employees in public administration remained stable, there has been an 80 percent increase in unemployment among employees in the catering industry since April.

On the other hand, there were obviously positive impulses from the short-time work allowance.

In particular, people with middle or low incomes benefited from the state benefit, according to the report.

“This aid has cushioned the social hardship, especially for the lower middle income group,” it says in an abridged version of the report.

From the point of view of associations, however, the efforts of politics do not go far enough.

"The parties now have to say in the election campaign how they want to deal with the rise in poverty and the entrenched social inequality," said Piel.

Among other things, it is time for a wealth tax.

In response to the report, the President of the Social Association VdK, Verena Bentele, called for a “one-time property levy” for people and companies with large assets in order to distribute the costs of the crisis fairly.

The poverty and wealth report is drawn up every four years under the auspices of the Federal Ministry of Social Affairs and is intended to provide an inventory of the social situation in Germany.

The new, sixth report should be published in the spring, as a ministry spokeswoman said.

However, a more in-depth analysis of the pandemic's impact on household incomes or inequality in Germany will only be possible later, as the draft says.