The former Torino footballer, for years goalkeeper of Toro and with a past also in Brescia, Sampdoria and Lazio comments: "After 11 years, the end of a nightmare"&nbsp; 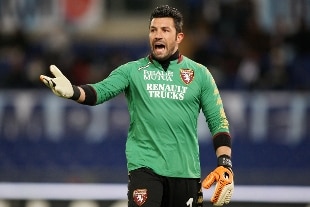 05 March 2021 The investigating judge Michele Contini of the Court of Cagliari has closed the investigation against Matteo Sereni, former Turin goalkeeper and with a past also in Brescia, Sampdoria and Lazio.

The former footballer had been sued for a story of child abuse which later proved to be unfounded.

The provision follows another, also archiving, issued in December 2019 by the investigating judge of the Court of Turin, Francesca Firrao.

the affair is thus definitively closed

In the Cagliari branch of the procedure, the creation and sale of pornographic films was hypothesized.

Defenders of the former football player stated that the minors were for a long time "questioned in inappropriate and potentially suggestive ways of false memories" by both the separated ex-wife and the ex-mother-in-law and also by the civil and criminal technical consultants.

The Court of Cagliari affirmed that "the methods described above for disclosing the abuse are the antithesis of the methodology with which the examination of an abused child should be conducted, especially if in preschool age".

"It is experimentally proven - observes the Court - when it is encouraged and solicited to tell by people who have an influence on it (and every adult is an authoritative subject for a child) tends to provide the compliant answer that questioner expects and that largely depends on the formulation of the question. There have been many encouragement, both from close relatives and from people outside their family environment ".

End of a nightmare

"From the moment I was overwhelmed by the accusations my life went up in smoke. After a first judge who did me justice, today another judge, after eleven years of judicial ordeal, put an end to this nightmare ".

This is what Matteo Sereni, former Torino goalkeeper said, after the dismissal of the proceedings in which he was suspected of molesting children.

The nightmare began in 2011, following a difficult and turbulent separation from his wife and for years Sereni could not see his children.