The Ain al-Assad attack ... The finger of blame is on an Iraqi faction, and Washington is waiting to choose the timing and location of the response

Politico said that US and Iraqi officials believe that the Iraqi Hezbollah Brigades or a group affiliated with it are behind the attack on Wednesday, which targeted the Iraqi base of Ain Al-Asad, which hosts US forces. 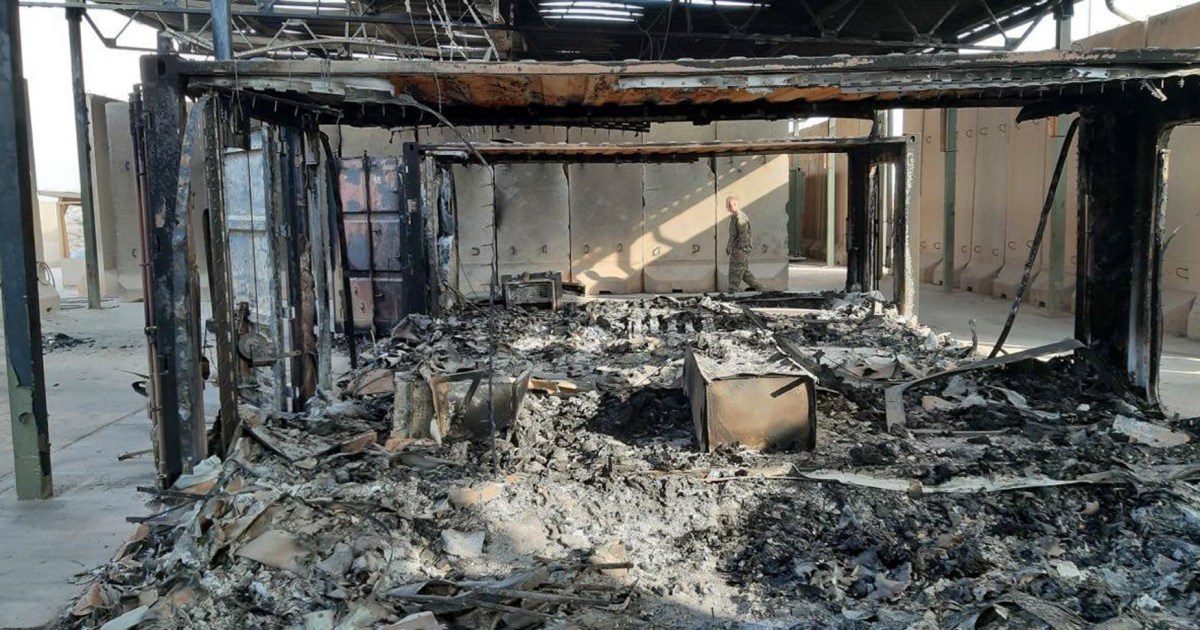 Politico said that US and Iraqi officials believe that the Iraqi Hezbollah Brigades or a group affiliated with it are behind the missile attack that targeted the Ain al-Assad base, which hosts US forces in western Iraq, on Wednesday.

The website quoted military officials, describing them as familiar with the initial intelligence about the attack, that although investigations have not been completed yet, the finger of blame is directed at Kataib Hezbollah, which is backed by Iran.

The air base in Anbar Province was targeted by 10 Grad missiles, and the Pentagon (US Department of Defense) confirmed that the attack resulted in the death of an American contractor as a result of a heart attack he suffered while he was sheltering from the missiles.

The head of the US Senate Foreign Relations Committee, Senator Bob Menendez, said today that "Iran's agents in the region" carried out the attack, to his knowledge.

Mendez added in an interview with "CNN" that Iran has given the green light to these agents to carry out this type of attack, and that must have its consequences, as he put it.

And US Secretary of State Anthony Blinken said Wednesday that Washington would respond at the time and place it chooses.

"President (Joe) Biden said it clearly that one of our top priorities is the security and protection of American citizens and our partners alike. Regarding the recent attacks, we will make sure, at the outset, to know who is responsible, and this will take some time," he said.

"We will work closely with our Iraqi partners to make a decision, and then we will respond that makes clear that such operations must not be repeated again," he added.

On the orders of President Biden, the US military had recently carried out air strikes on facilities located on the Syrian-Iraqi border and used by Iraqi factions backed by Iran, in response to a missile attack targeting US forces in Erbil, northern Iraq.