The opponent Ousmane Sonko spent the night in police custody after his arrest, Wednesday March 3, for "disturbing public order" while he was on his way to the summons of the investigating judge for a… 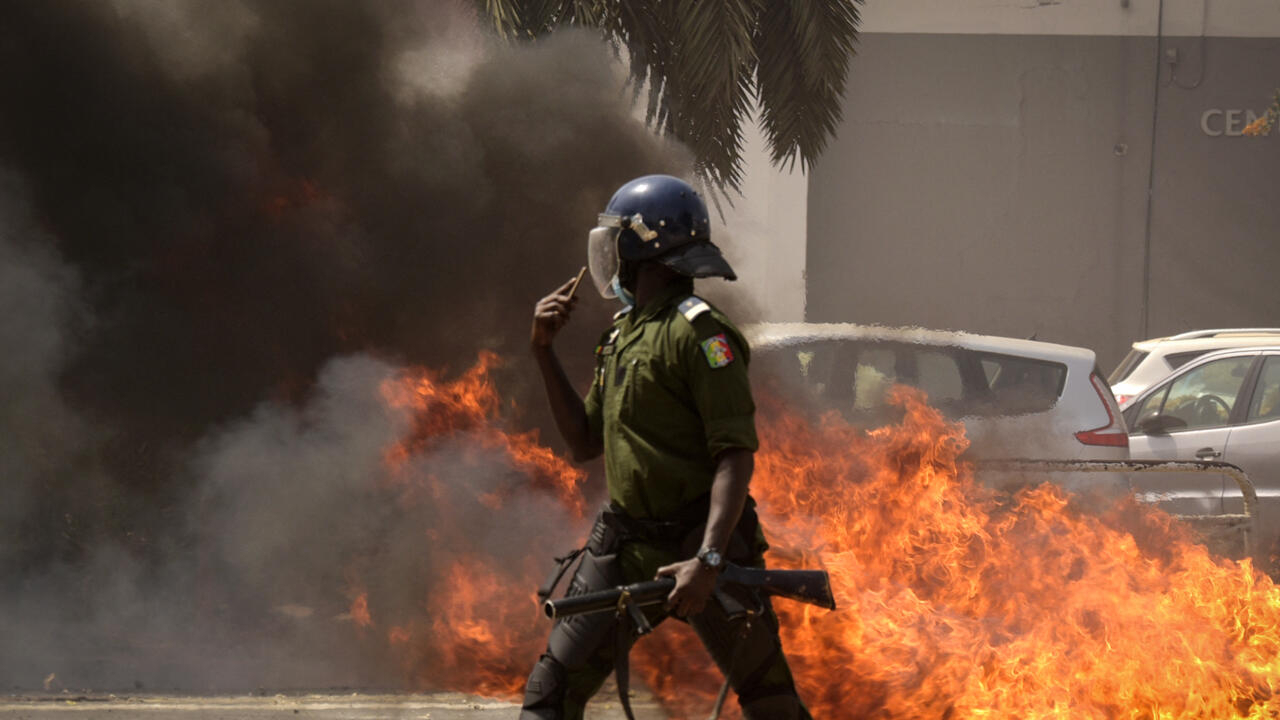 A Senegalese policeman in Dakar during the demonstrations provoked by the "Ousmane Sonko affair".

The opponent Ousmane Sonko spent the night in police custody after his arrest on Wednesday March 3 for "disturbing public order" while he was on his way to the summons of the examining magistrate for an accusation of rape.

After the clashes on Wednesday, in the capital but also in Saint-Louis, Ziguinchor or Bignona, in Dakar, calm has returned, and the traces of the clashes are still visible.

Officers sweep the debris at the Total station in the HLM district.

A little further in that of Castor, it is an Auchan supermarket that was targeted;

there is nothing left on the shelves.

On the main roads, stones, traces of burnt tires, a few bus shelters or vandalized traffic lights, but life has resumed its course.

Dakar residents go about their business and only talk about the latest events.

There is no traffic problem.

The security system has been lightened, the Ministry of the Interior, contacted in the morning, indicated that it was in the process of finalizing an assessment of the events of Wednesday evening.

For his part, the Minister of the Interior has already affirmed that "

force will remain with the law

Call for a walk

The custody of Ousmane Sonko

participation in an unauthorized demonstration

" will last 48 hours, it was notified to him on Wednesday afternoon, so it runs until Friday and this it will be up to the prosecutor to decide what to do next.

In front of the gendarmes of the research section on Wednesday, the opponent remained silent, according to his defense in this procedure parallel to that concerning the complaint for rape with threat.

Several opposition parties and civil society movements called for a march on Friday, March 5, in all regions of the country despite the ban on gatherings linked to the pandemic.

seeks to kill any idea of ​​opposition in Senegal

For their part, majority officials repeat that it is up to the courts to decide a "

Senegal: Ousmane Sonko announces that he will attend the summons of the examining magistrate

In the spotlight: scenes of chaos yesterday in Senegal