Austria's Chancellor Kurz and Denmark's Prime Minister Frederiksen no longer want to rely on the EU for the corona vaccination and are entering into new partnerships. Their departure could be the beginning of an erosion of European solidarity. 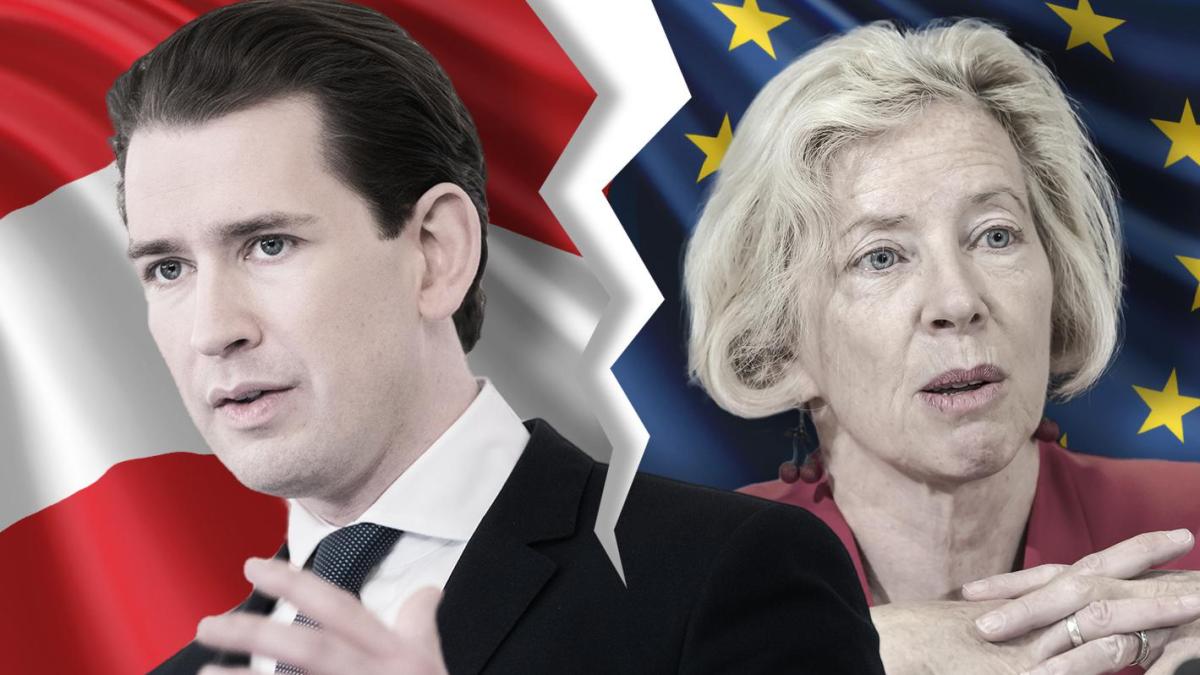 Germany can learn a lot from its small neighbor Austria these days.

Federal Chancellor Sebastian Kurz (ÖVP) shows how a black-green coalition - despite minor friction - can function efficiently at the federal level.

Chancellor Angela Merkel (CDU) also briefly shows how an intelligent strategy of testing and careful opening can be successfully combined - instead of, like Merkel, taking people by surprise with a new incidence value of 35 corona infected people per 100,000 inhabitants as a target value and opening up business to remain closed indefinitely.

Kurz is now planning a new scoop: he no longer wants to rely on Brussels and, together with Israel and Denmark, will produce vaccines in the coming years - if possible, domestically.

"We have to prepare for further mutations and should no longer only be dependent on the EU for the production of second-generation vaccinations," said Kurz.

Markus Müller, an internationally renowned clinical pharmacologist and rector of the Medical University of Vienna, accompanies him.

He is to advise the Chancellor on site in medical matters.

Because the conversation should be much more than an exchange of experiences - Kurz wants to create the first facts.

Austria's Chancellor had prepared intensively for the trip over the past few days.

He held numerous discussions with representatives of pharmaceutical companies such as Pfizer, Novartis, Polymun and Boehringer Ingelheim, as well as scientists and medical professionals.

Kurz believes: The corona crisis will last for several years

For Chancellor Kurz, it is now clear: The Corona crisis will last for several years: "The pandemic will keep us busy with various mutations for a long time," he said.

According to the government, the annual requirement for Austria is around 30 million vaccine doses for six million Austrians.

Kurz wants to remain part of the European vaccination alliance.

But his announcement that he will also go his own way is a clear vote of no confidence in the EU Commission - and a direct affront to Commission head Ursula von der Leyen and Chancellor Merkel.

In early summer, the two politicians made a joint effort to ensure that the EU Commission - and not individual countries or alliances of states - should take over the procurement of vaccines in Europe.

A corresponding document was signed by all involved on June 29th.

In it, the EU states also undertook not to conclude any separate contracts with vaccine manufacturers.

Since then, things have gone wrong under the direction of Brussels: too little vaccine was produced, the approval process took too long and production capacities were completely inadequate.

Kurz also repeatedly criticized the European Medicines Agency (EMA) and its boss Emer Cooke, who would work far too slowly when approving vaccines.

“We should have explained to people that things are moving slowly, and that there will be problems and delays with these completely new procedures.

But we underestimated the complications that can arise, ”von der Leyen recently told the Süddeutsche Zeitung.

And she added, surprisingly, “A country can be a speedboat.

Von der Leyen's comparison between the EU and a tanker was noted with astonishment in many EU capitals.

Because the head of the commission expressed what many heads of government had been secretly thinking for months, but initially did not want to express publicly out of consideration for von der Leyen: When coping with the Corona crisis, a lot in Brussels is too bureaucratic, not flexible enough, much too slow - and the officials of the EU Commission are sometimes overwhelmed in the difficult negotiations with high-paid top lawyers from large vaccine companies.

Kurz recognized this early on.

Ten months ago he got together with a group of pioneering states (“first movers”) in order to be able to take matters into their own hands.

"We have to make sure that we have enough vaccines in one and in three, five or ten years," said Denmark's Prime Minister Frederiksen.

If necessary, you want to work with China or Russia

As part of an intensive cooperation with the "first movers", Kurz is planning to produce vaccines "as independently as possible" in Austrian companies in the future - if necessary even in cooperation with Chinese or Russian companies, if their vaccine has previously been approved in Europe.

There should be no “geopolitical taboos”, it is said in Viennese government circles.

The plan makes it clear: Commissioner von der Leyen seems to be running away in Brussels.

More and more countries are no longer willing to rely on the EU alone.

More and more governments are doing what they want.

The European front in the Corona crisis is now crumbling tremendously - also because countries like Great Britain and Israel vaccinate much faster.

The EU Commission is trying to downplay the initiative from Austria and Denmark.

One is definitely interested in learning from Austria, Denmark and Israel if this advances the vaccination strategy, said a spokesman for the agency.

Internally, however, the Kurz Frederiksen Initiative is viewed critically and with a certain degree of nervousness.

It is pointed out that there is already a task force that is working closely with companies to boost vaccine production.

In addition, an additional reserve of production capacities is planned, research on mutants is to be intensified and the approval procedures of the EMA are to be tightened.

Kurz no longer wants to rely on these announcements.

Other countries are meanwhile also pulling out and preferring to take the reins into their own hands because of the sluggish vaccine deliveries.

Hungary is already injecting vaccines from China and Russia - without EMA approval.

Individual EU countries advise each other, but also with third countries such as Iceland and Israel, about so-called travel corridors: Anyone who can prove a vaccination with a document should be able to travel to countries such as Greece, Spain, Cyprus or Estonia on the basis of bilateral agreements.

The EU Commission had announced that it would present a draft law for a “digital green passport” on March 17th, which should contain information about personal data and the vaccination status.

However, it is still unclear whether a uniform, readable document with a QR code will be usable across Europe in three months and which rights will be linked to it.

That is why there are first disengagement movements from Brussels on this front too.