Octopuses can be smarter than some children

Researchers have performed a so-called marshmallow test on octopuses to test their self-control and ability to wait for reward. The results show that the octopuses could wait for their favorite reward for up to two minutes. 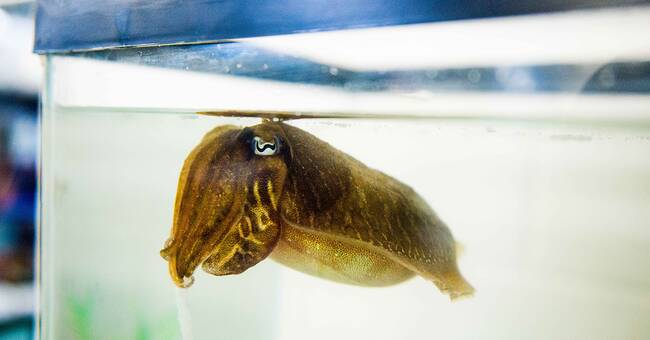 The so-called marshmallow experiments were performed by a researcher at Stanford University to see how good children are at self-control.

the Proceedings of the Royal Society B

In one of the tests, the octopuses were placed in an aquarium with direct access to the less desirable alternative, the king shrimp, and in the same aquarium there was also the favorite, the grass shrimp.

Throughout the test, the octopuses had access to the less desirable alternative, but to get the favorite they had to wait.

Michael Axelsson is a professor of comparative cardiovascular physiology at the University of Gothenburg and has taken part in the study.

- One of the reasons why we examine octopuses and other animal species in this way is because today we discuss animal welfare more.

We have discovered that we do not always treat animals so well and need to learn more about the animals and their needs, Michael Axelsson explains.

One reason why octopuses performed so well in the test may be because they are used to long periods of waiting, when they camouflage themselves and wait to attack food.

Could last up to two minutes

The results show that all octopuses had the ability to wait for the better reward, some for up to 130 seconds.

In the test, some of the octopuses turned away from the available option to distract themselves.

- Here we have a species that lives in the sea and that we mostly associate with a dish.

Now we can see that these animals actually have cognitive functions and have the ability to make decisions in certain situations.

I think there is an ignorance in humans where we have not previously asked the animals the right questions and designed experiments in the right way, to learn more about their abilities, says Michael Axelsson.

The researchers saw that what was most critical was the time the octopuses had to wait.

When the octopuses thought they had waited too long, they were content with the less good alternative.

The researchers conclude that octopuses can exercise self-control in a way they have not seen before.

The results can also show that the octopuses who could wait the longest also performed best in a test where their learning ability was put to the test.

- It is exciting to find out what an octopus can do and try to understand why they possess this knowledge.

What we can learn from this study is that octopuses, like some animal species such as dogs, monkeys and certain bird species, can wait for a reward when it pays off, says Michael Axelsson.