Legislative in Côte d'Ivoire: what chances for independent candidates?

For these 2021 legislative elections, scheduled for Saturday March 6, they are 807 independent candidates to stand for the deputation. These represent more than half of the 1,533 applicants. Are they going to ... 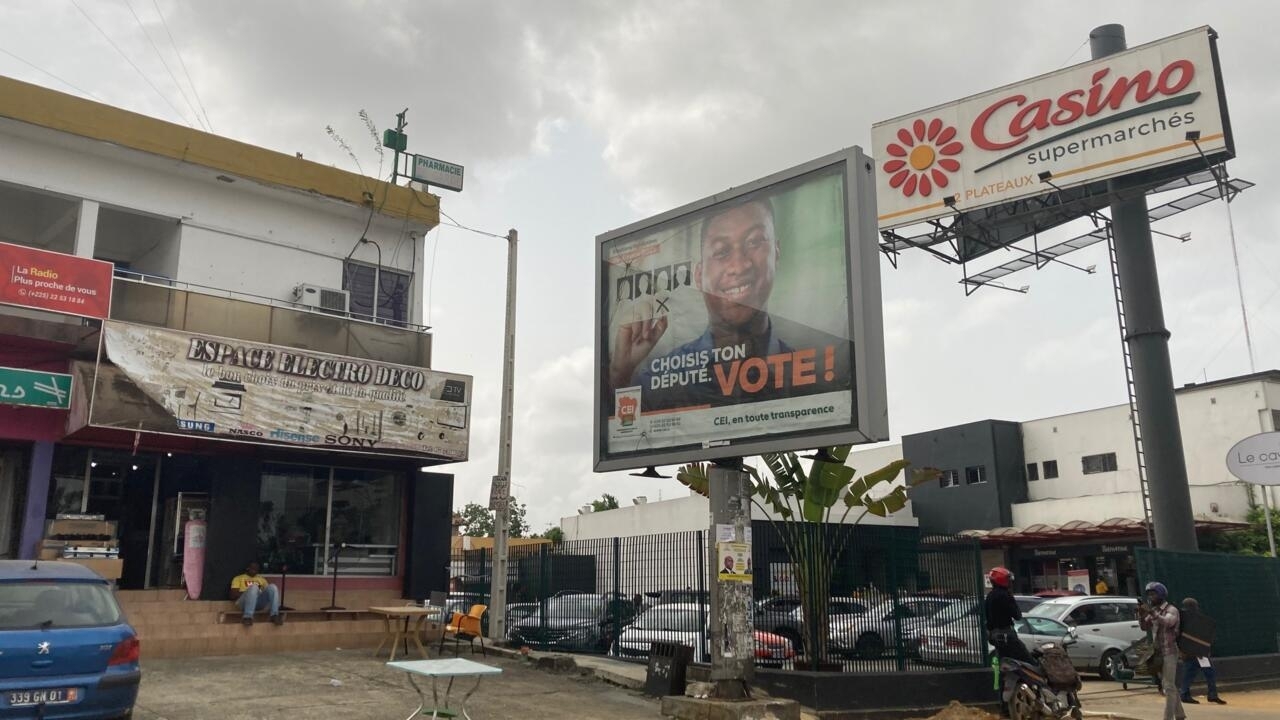 Legislative in Côte d'Ivoire: what chances for independent candidates?

A poster of the CEI to promote the legislative elections, this March 4, 2021 in Abidjan.

For these 2021 legislative elections, scheduled for Saturday March 6, they are 807 independent candidates to stand for the deputation.

These represent more than half of the 1,533 applicants.

Are they going to have a major role?

What are their profiles?

In Koumassi, there are three lists of independents in addition to the four major formations or alliances.

A dissident candidate of the PDCI, Yao Kouadio crisscrosses this commune of Abidjan, in his personal vehicle.

No state funding is provided for local independent campaigns.

Opposition parties are all in contention this year

We finance with our own funds.

The three of us get together to cover the cost of our campaign.

You see we are running a sober campaign.

We don't have big meetings.

We have a local approach, from home to home,

are less likely to create surprise than in previous elections, where they won 76 seats out of the 255 to run for.

A situation which can be explained by the presence of all the opposition parties this year.

Only Guillaume Soro's GPS did not want to align.

Yet it is from this party that

He is perhaps the most singular of the independent candidates: he is a former minister and incumbent deputy, he has the support of the PDCI and the FPI, and he has been

in prison for over a year

, for political reasons according to him. his gang.

It is therefore his wife

who is leading the campaign for him in his constituency of Fresco.

These populations who elected their deputy are very surprised.

They expected their deputy to be released, given that the Constitutional Council validated this candidacy.

They don't understand why he is still in this prison,

Another point of tension: in Odienné commune, on the three independent lists competing against the RHDP, two withdrew and one was invalidated by the Constitutional Council.

Candidate Tahibatou Touré denounces pressure from the ruling party, whose list remains the only one in competition.

See also: Legislative in Côte d'Ivoire: the analysis of Christophe Boisbouvier of the Africa department

Legislative in Côte d'Ivoire: the analysis of Christophe Boisbouvier of the Africa service

Legislative in Côte d'Ivoire: Yamoussoukro calms down despite the electoral challenge