Openings in 5 phases, but with emergency brake. AstraZeneca vaccine also for over 65s 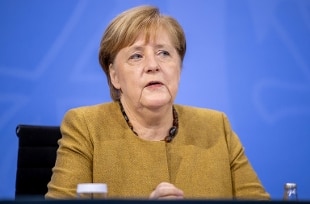 04 March 2021After almost three months of lockdown since Monday in Germany some non-essential activities reopen, but an "emergency brake" is foreseen to avoid triggering new spikes in infections.

Chancellor Angela Merkel explained this after the summit with the Länder.

The openings are in five phases, with "lighter" conditions in the presence of stable and descending data under 50 new infections per 100 thousand inhabitants over seven days, and more rigid measures above 50 new infections.

concern schools and hairdressers, and they already took place in March, Merkel recalled.

will be the turn of bookshops, flower and gardening markets.

but they will also be able to open museums, galleries and zoological and botanical gardens;

And visits to museums etc.

they can only take place by presenting a certification that makes tracing possible.

phase involves the opening of gastronomic establishments, theaters, concerts, opera houses, cinemas and sports in indoor spaces, but without contact.

and last phase includes the possibility of playing sports indoors and having events for over 50 people.

The other restrictions will last until March 28.

For each step, restrictions are defined, in the event that infections exceed the threshold of 50 infections, also making use of tests.

Private meetings of two families up to five people are again allowed.

"We are on the threshold of a new phase of the pandemic, which we can face not carelessly, but still with justified hope," Merkel told reporters.

Angela Merkel also announced that Germany will also authorize the use of the AstraZeneca vaccine against Covid-19 even over the age of 65.

Berlin had not yet authorized the vaccine for those over 65, arguing that the scientific data of the Anglo-Swedish laboratory were not sufficient for the green light.