Three women were shot dead in Afghanistan on Tuesday. IS takes on the attacks in a statement. It is the latest in several acts against women in prominent positions in Afghanistan. 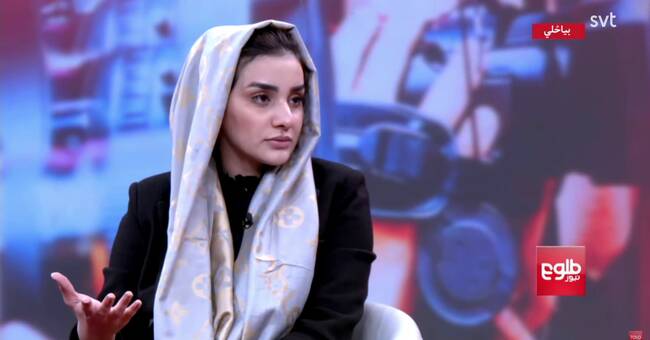 In the picture from the TV station's Facebook page, the women are dressed in long black suits, and are lying on the sides, with their faces facing each other.

One has a patterned light niqab and the other a blue solid color niqab with lighter embroidery.

The handbags touch each other.

The picture was taken after one of the deeds, on a street in Jalalabad.

The three women worked with dubbing on the television station Enikass TV, and were killed in two separate but coordinated attacks.

IS has taken on the attacks.

But local police authorities are accusing a Taliban man who was arrested shortly after the act.

In a tweet, Taliban spokesman Zabihullah Mujahid denies any involvement.

In recent months, there have been several targeted attacks on people who have been responsible for progressive forces in Afghanistan.

In December, for example, a 26-year-old female presenter was shot from the same television station.

IS has taken on that act as well.

According to a report from the UN operation in Afghanistan UNAMA, the number of attacks on journalists, media workers and human rights activists increased significantly in 2020. In the last six months, 15 journalists have been killed in Afghanistan, according to the news site Al Jazeera.

Women in leading positions have been particularly vulnerable to violence in recent months.

In January, two female judges were shot, and in December, a female democracy activist was shot.

Reduced violence in the country

On the whole, the number of civilian casualties to violence in Afghanistan decreased in 2020 compared to previous years, and for the first time since 2013, fewer than 10,000 civilians were killed in Afghanistan.

The reduction is due to the fact that the Taliban seem to have reduced their more indiscriminate bombings against civilians.

This is believed to be due to the fact that they do not want to be able to be accused of violating the agreement with the USA that was signed in February 2020.

Peace talks between the Afghan government and the Taliban resumed on February 22.

The United States still has 2,500 troops in Afghanistan.

US Special Envoy to Afghanistan Zalmay Khalilzad is in Afghanistan right now to mediate peace talks between the government and the Taliban.