In the case of "progress": why the Pentagon links military aid to Ukraine with defense reforms

The United States will provide military assistance to Ukraine in the amount of $ 150 million after Kiev carries out reforms in the defense sector. This is stated in the message of the Pentagon. At the same time, Washington has already allocated an aid package to the Ukrainian side in the amount of $ 125 million, which includes various equipment and two patrol boats. Earlier, Biden administration officials said they support the allocation of military aid to Ukraine to protect against "Russian aggression." Experts believe that the United States is persuading Kiev to switch to "Western standards" in order to secure a new market for used weapons. 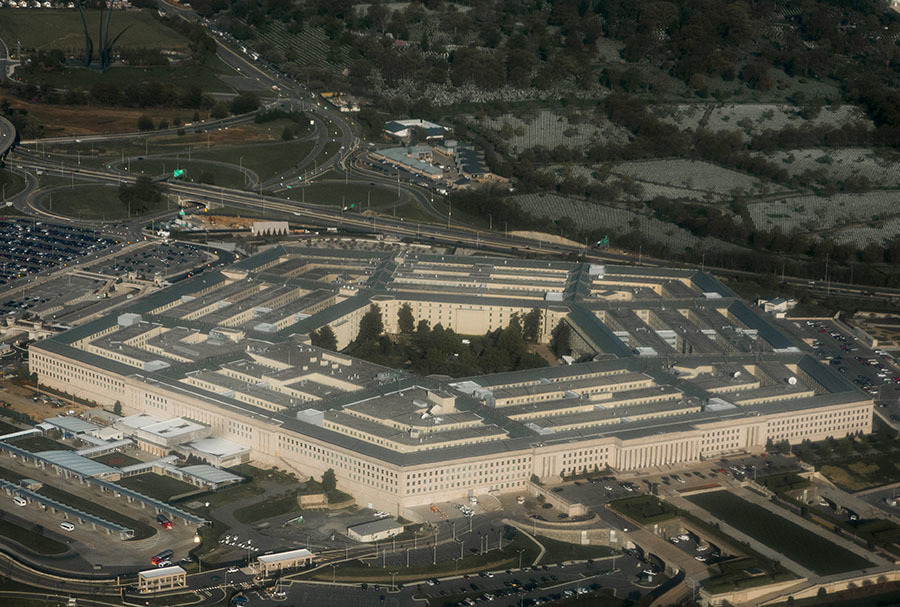 The Pentagon has linked the $ 150 million in military aid to Ukraine with reforms in the defense sector.

This is stated in the official statement of the American defense department.

“The remaining $ 150 million in FY2021 congressional-approved funding for Ukraine’s Security Support Initiative will be disbursed when the Department of Defense, together with the US Department of State, is satisfied that Ukraine has made sufficient progress on key defense reforms this year,” the agency said. ...

The US Department of Defense has urged Kiev to continue to pursue reforms aimed at increasing transparency in the defense industry and military procurement, strengthening civilian control over the military, and modernizing the defense sector in line with NATO principles and standards.

At the same time, Kiev will receive the military assistance planned by the US defense budget for 2021 in the amount of $ 125 million, according to the official release of the Pentagon.

“To date, the United States has allocated a total of eight Mark VI patrol boats.

The package also includes means that will enhance the lethal effect, command and control mechanisms, as well as situational awareness of the Ukrainian forces through the provision of additional anti-artillery radars and tactical equipment, ”the Pentagon noted.

Earlier, the press secretary of the US defense department, John Kirby, commenting on the allocation of aid, said that this step confirms the readiness of the United States to supply Kiev with defensive weapons so that Ukraine can defend itself against "Russian aggression."

At the same time, Kirby clarified that the $ 125 million aid package does not include Javelin anti-tank systems.

After Joe Biden came to power in the United States, a number of senior officials in his administration announced that Washington was ready to support Ukraine.

So, in early February, US Secretary of State Anthony Blinken held a telephone conversation with Ukrainian Foreign Minister Dmitry Kuleba, in which he promised to provide active economic and military assistance to Kiev, and also said that Washington gives priority attention to the sovereignty, territorial integrity and Euro-Atlantic aspirations of Ukraine.

Kuleba, following the results of this conversation, said that "a new day is beginning in relations between the United States and Ukraine."

Then the new head of the Pentagon, Lloyd Austin, held a telephone conversation with the head of the Ministry of Defense of Ukraine Andriy Taran.

Austin reaffirmed the US commitment to building up the potential of the Ukrainian Armed Forces in order to better defend against "Russian aggression".

Earlier, Lloyd Austin had already spoken out in favor of providing military assistance to Kiev, calling this issue a priority for Ukraine, which is defending itself against

He stated this during a hearing in the Senate Committee on the Armed Forces, at which his candidacy for the post of head of the Pentagon was considered.

Austin then stressed that he supports the provision of lethal weapons to Ukraine.

Joe Biden himself also believes that Washington should support Ukraine.

The US President announced this on February 19 in his speech at the Munich Security Conference.

Biden told the event that Russian President Vladimir Putin is allegedly trying to weaken the EU and NATO and undermine the transatlantic unity.

“That is why upholding the sovereignty and territorial integrity of Ukraine is still vital for Europe and the United States,” Biden said.

The Pentagon's statement that Ukraine needs to reform the defense sector and the military-industrial complex suggests that Washington needs another country that, in accordance with NATO standards, will purchase American weapons, Vladimir Olenchenko, senior researcher at the Center for European Studies at the IMEMO RAS, said in a conversation with RT. ...

“The United States is encouraging Ukraine to quickly adopt NATO norms, reform the Armed Forces of Ukraine according to the standards of the alliance, and build advisory infrastructures.

The purpose of this is for Washington to have a new buyer of American weapons in the form of Kiev, ”the expert noted.

Commenting on the provision of a new package of military assistance in the amount of $ 125 million to Ukraine, Vladimir Olenchenko explained that the Pentagon is transferring used American boats to Kiev, which will not greatly affect the defense capability of the Ukrainian Armed Forces.

“This is a common practice among NATO countries, they do this in relation to those who are going to become a member of the alliance.

It is unlikely that this will increase the defense capability of the Armed Forces of Ukraine, since the United States is simply making money in Ukraine, whetting its appetite for joining NATO, convincing that such deals increase its movement towards the alliance.

But in fact, this is a skillful sale of stale goods on the part of Washington, otherwise these boats would have to be disposed of, which is expensive, ”the expert noted.

It should be noted that in Kiev, material and technical assistance from the NATO bloc, the leading country of which is the United States, is considered a priority for the Armed Forces of Ukraine.

So, on February 24, the Chief of the General Staff of the Armed Forces of Ukraine, Lieutenant General Sergei Korneichuk, announced this.

"This assistance consists both in the allocation of funds to the budget of funds, which are later used in the purchase of equipment for the urgent needs of the Ukrainian army, professional training of personnel, rehabilitation of wounded servicemen, and in the provision of large-scale consultative and advisory assistance by the allies," he said.

Denis Denisov, director of the Institute for Peacekeeping Initiatives and Conflictology, believes that by allocating such tranches, Washington is increasingly tying Kiev to itself.

"The United States is pouring funds into Ukraine to draw the state into the economic, political and military orbit of its influence," the political scientist emphasized.

Political analyst Alexander Asafov, in turn, noted that the new tranche of military aid for Ukraine means that the Biden administration will more actively use Kiev in its confrontation with Russia.

“The amount of $ 125 million is small, but this step demonstrates that the United States has allocated Ukraine an important place in its policy and is going to exert pressure on Russia in the Black Sea space through it.

Perhaps this year US aid will remain at the ceremonial level, and over the next year it will be more expanded, supplemented with other weapons and large means, "the political scientist explained.

“The United States knows that the military sector of Ukraine is a black hole, but they are ready to turn a blind eye to this, because with the help of financial injections, Washington creates debts from Kiev.

For the Pentagon, the military reform in Ukraine is important only from the point of view of the transition to Western standards, which will create a new market for the consumption of outdated and used weapons on the NATO model.

Until these reforms are carried out, Ukraine will not be able to purchase these weapons in sufficient volume on credit, ”the political scientist concluded.