"Losses amounted to 90%": entrepreneurs affected by illegal rallies in Moscow are preparing a lawsuit for 250 million rubles

Metropolitan entrepreneurs intend to file a class action lawsuit to recover 250 million rubles from the organizers of uncoordinated actions in Moscow on January 23 and 31. RT was told about this in the Delovaya Rossiya public organization, which represents the interests of businessmen. In addition to entrepreneurs, the city authorities can also file claims against those who came out to unauthorized protests, as was the case in Moscow in 2019. 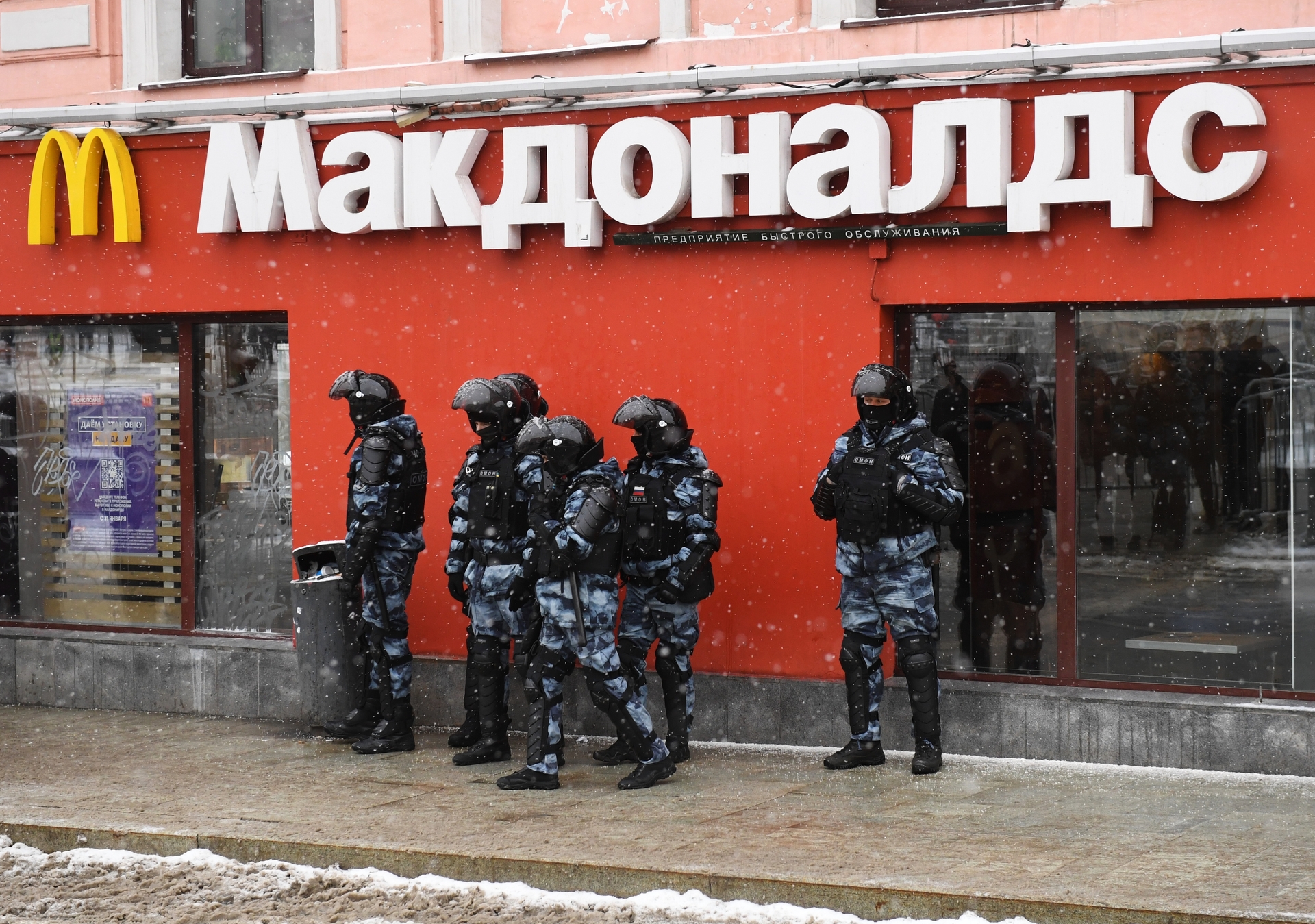 More than a month has passed since the January street protests in Moscow, and businessmen, whose offices and shops were in the way of the protesters or got into the zone of the police cordon, are still counting the losses.

Ekaterina Zharova, managing director of the Celebrity beauty salon on Lubyanka, canceled all clients' visits as soon as she found out about the promotion.

Zharova said that the administration of the salon itself decided to close it, but this measure, in her opinion, was forced.

“The government sent us information that the nearby streets and the metro would be blocked,” she explained.

- Therefore, getting into our salon was unrealistic.

Neither employees nor clients could reach us.

I didn't want to worry about them. "

The establishments on Myasnitskaya Street were able to open to visitors on January 31 only after six o'clock in the evening.

Administrations of cafes and restaurants received recommendations from the district council not to work that day.

The manager of one of the chain coffee shops told RT that the uncoordinated action caused significant financial damage to the institution.

“Losses were 90% of normal daily earnings on Sunday.

The street was blocked, no one was allowed in.

We cannot make up for these losses, we just continue working, ”said the director of the coffee shop.

Despite the lost earnings, not all establishments are ready to go to court with claims.

“Habitual income has dropped three times compared to other weekends.

But we do not plan to file a lawsuit, anything can happen, "said the manager of one of the restaurants on Myasnitskaya to RT.

Uncoordinated actions in Moscow disrupted transport logistics, which caused inconvenience to the guests of the capital's hotels.

This was told to RT by the public ombudsman for the protection of the rights of the hotel business Igor Lavrik.

“The hotels did not incur material losses from these events.

All guests who were supposed to check in or leave, checked in and left, says the ombudsman.

- But there is a moment that caused discomfort and negative mood among the guests.

Taxis could not drive up to the places where the rally was taking place, and people had to take their belongings to the metro, the nearest stations of which also did not work. "

In defense of entrepreneurs

Currently, information about the entrepreneurs who suffered as a result of the rallies is being collected for filing a class action suit in court, Georgy Zhitkov, a member of the board of the Moscow public organization Delovaya Rossiya, told RT.

“Neither ordinary Muscovites nor guests of the capital could get to the city center.

The business did not receive millions of rubles.

Many establishments had zero revenue.

We are extremely outraged by this situation and want to protect the rights of entrepreneurs, "said the interlocutor of RT.

For the damage caused on January 23, it is planned to collect at least 150 million rubles from the organizers of the rally, and for January 31 - 100 million rubles, because the scale of the action was much smaller, Zhitkov explained.

Now both amounts are being specified, most likely, the adjustment will be upward, he added.

According to the Constitution of the Russian Federation (Article 31), the citizens of Russia are guaranteed freedom of meetings and processions.

But at the same time, the basic law allows the restriction of the rights and freedoms of citizens in order to protect the health, rights and interests of others, as well as the security of the state, reminds the lawyer of the legal center "Man and Law" Maxim Pleshkov.

“It is the state authorities and local self-government bodies that are responsible for organizing the watch of doctors and employees of communal services,” explains the lawyer.

- The police and the National Guard are obliged to prevent mass riots, damage to property and health of citizens.

Therefore, in accordance with the law, they have the right to introduce access control, increase patrolling and, if necessary, cordon off the area. "

Interaction with law enforcement agencies is carried out based on the information received from the organizers of the mass event, the interlocutor of RT said.

The federal and Moscow budgets collectively spend an average of 170 million rubles on the localization of any illegal rally in the center of Moscow, Sergei Karnaukhov, an assistant professor at the Department of Legal Support of the Market Economy of the RANEPA, told RT.

“The involvement of security forces and support services is taking place in an enhanced mode.

The amount of additional payments is tens of millions of rubles.

This includes the cost of gasoline and electricity.

During the rallies, disaster medicine, canine service, and criminological units are involved.

The security of an illegal rally costs 170 million rubles on average, ”Karnaukhov says.

The situation with illegal actions on January 23 and 31 was aggravated by the fact that a special epidemiological regime, introduced earlier due to new outbreaks of coronavirus, continued to operate in the capital.

Taking this into account, the law enforcement agencies began to initiate criminal cases under Art.

236 of the Criminal Code "Violation of sanitary and epidemiological rules."

Among the defendants in the so-called sanitary case are FBK * employees of Alexei Navalny: Lyubov Sobol, Oleg Stepanov and Kira Yarmysh, as well as Navalny's brother Oleg.

The accused were placed under house arrest for two months.

It is already clear that the amount of claims against the organizers of illegal actions on the part of entrepreneurs is much higher than that which was declared in a similar situation by trade and service enterprises in 2019.

Then, after uncoordinated protests before the elections to the Moscow City Duma, their costs were estimated at 106.2 million rubles, while now at the initial stage this amount is already 250 million.

In addition, the courts received several claims for compensation for material damage from city services.

In 2019, the total amount of the city's claims amounted to about 14 million rubles.

In particular, Mosgortrans estimated its losses at 1.2 million rubles.

State Unitary Enterprise "Moscow Metro" demanded to collect from the organizers of the rallies 55 thousand rubles from each.

It is too early to say what the final figure of the damage will be this time - the city authorities have not yet made a full calculation of the losses.

It is obvious that the organizers of uncoordinated rallies will become defendants in the claims of entrepreneurs and city services this time too.

Based on their results, about five thousand administrative protocols were drawn up.

Including for the organization of unauthorized events (part 2 of article 20.2 of the Administrative Code).

It was under this article, in particular, that FBK employees Georgy Alburov and Kira Yarmysh were brought to justice.

* The Anti-Corruption Foundation (FBK) is included in the register of NPOs performing the functions of a foreign agent by the decision of the Ministry of Justice of the Russian Federation dated 09.10.2019.