Therefore, some virus variants are more contagious than others

The British virus variant is spreading across Europe at an accelerating rate. But what is it that makes some virus variants seem to infect more than others? Here are the theories. 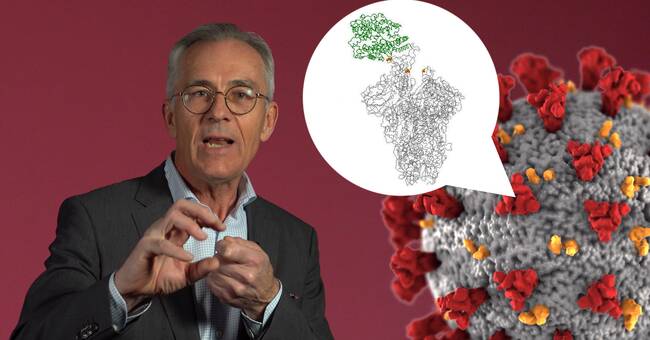 First of all: It is not entirely clear why some variants are more contagious than others.

But one main theory is that mutations in the virus 'nail protein - the small tags that the virus uses to enter the cell - make it easier to bind to the cells' receptors.

It can be compared to a more efficient Velcro strap.

A specific mutation that goes by the name S: N501Y is found in all three variants (British, South African and Brazilian) which today seem to be more contagious.

This particular mutation is therefore believed to play a key role, although other less noticed mutations may affect the virus in a similar way.

Hear Jan Albert, Professor of Infection Control, develop the answer in the video above.

Another theory is that the infectious period becomes longer or that the infectivity starts earlier, before the person gets symptoms, in people who carry the new variants.

- It could help make the virus spread a little easier.

It is possible that those components also exist thanks to this change in binding to the cell, says Jan Albert.

A third theory is that the new variants affect how much of the virus the infected person carries.

Larger amounts of virus in the body could result in a greater spread through aerosol drops when the infected person coughs or talks, for example.

But new studies seem to contradict that explanation.

- This is a fairly logical possibility, but there is at least a preliminary research report that indicates that the virus levels in the respiratory tract do not differ between the British more contagious variant and "regular" variants, says Jan Albert.

Infects less during the winter

Common to all known variants of Sars-cov-2, and also to other forms of coronavirus, is that the spread of infection is significantly greater in winter than in summer.

- It depends on a combination of things.

We are more indoors during the winter where the air is drier, which means that the exhalation drops fly a little longer.

In addition, our mucous membranes deteriorate in their immune capacity during the winter, says Jan Albert.