A rescue operation is underway to try to find the 317 young girls who were captured in their boarding school in Zamfara state, northwestern Nigeria. 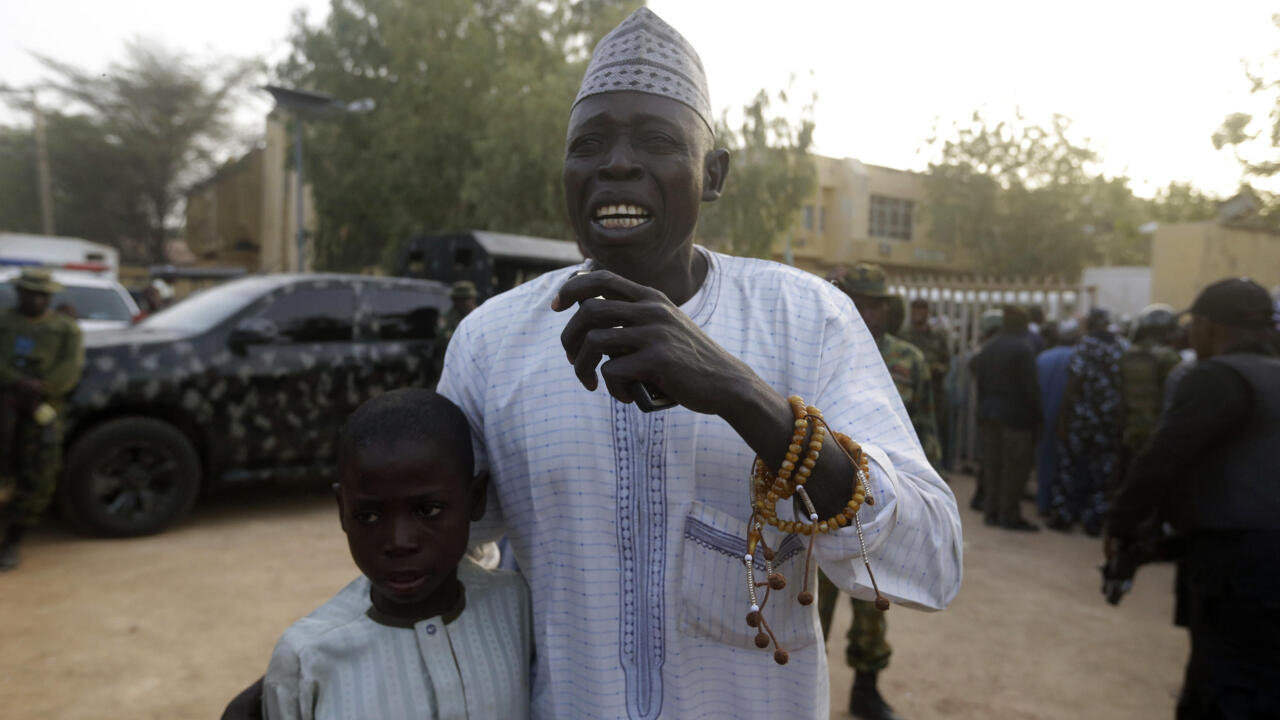 A father has just found his son kidnapped for a week by Boko Haram on December 18, 2020 in Katsina.

A rescue operation is underway to try to find the 317 young girls who were captured in their boarding school in Zamfara state, northwestern Nigeria.

Cars were grazed, and a journalist injured by a stone throw, Friday morning in Jangebe.

The population is at its wit's end in the face of the authorities' inability to ensure the safety of their children.

This is the third time since December that

a school has been stormed in the middle of the night

by armed men, and that students have been captured.

In December 344 high school students had been kidnapped in Katsina before being released a week later.

including 27 schoolchildren were kidnapped in Niger state.

The parents of around fifty students who managed to escape their captors violently refused to allow their children to stay there to be questioned by the security services.

In the evening, Nigerian President Muhammadu Buhari let it be known that his administration "

will not yield to the blackmail of bandits

await the payment of large ransoms

In a statement, the head of state assures us that the security forces have the means to use "

" against criminal groups, but the presence of hostages "

who could serve as human shields

" incites them to detention.

This could have a disastrous boomerang effect

" warned the head of state.