After his coronavirus infection, Thomas Müller is back at Bayern. Coach Hansi Flick left it open whether he will play against Cologne. BVB professional Jadon Sancho could break two Bundesliga records. 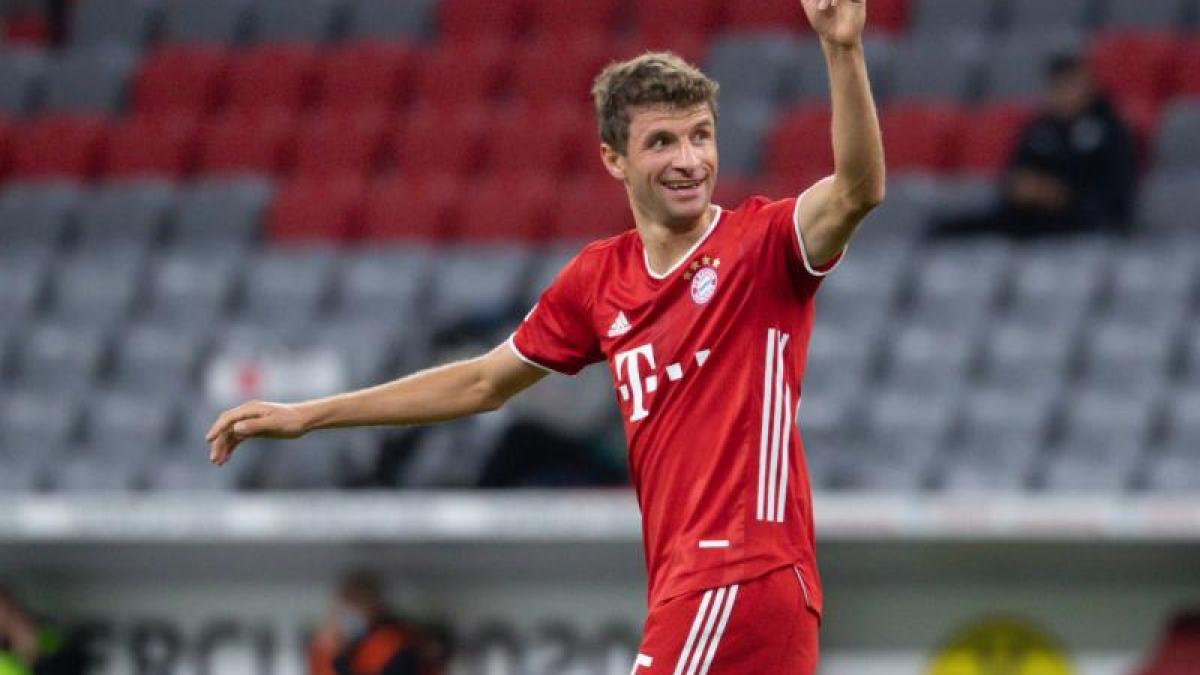 Berlin (dpa) - A returnee after corona infection, a sports director on a farewell tour against his ex-club and a politically committed national goalkeeper: five games, five heads to watch out for in the Saturday Bundesliga games.

MÜLLER RETURN: Thomas Müller is surprisingly back at Bayern after his coronavirus infection.

On Thursday he was still training individually, on Friday he was again involved in the final training.

"We have not yet decided to what extent we will use it," said coach Hansi Flick before the home game against 1. FC Köln.

Regardless of the role - speaker Müller is also important for the team apart from its sporting importance.

“He's very professional and very important to us because he embodies a lot of things that you need in a team - attitude, but also a certain amount of looseness.

JADON SANCHO: Even before Christmas he was considered the English patient.

But at the beginning of the new year, the BVB attacker found his way back to his old form.

The 20-year-old returned impressively with five goals and five assists.

Against Bielefeld, Sancho can break two Bundesliga records: He could become the first professional since the value was recorded (1988/89) with 50 assists before his 100th appearance.

The previous record holder is Franck Ribéry, who succeeded in the 106th game.

Second, at 20 years and 339 days, the England international would be the youngest professional with this brand and would inherit Thomas Müller, who was 23 years and 247 days old on his 50th assist.

MAXIMILIAN ARNOLD: The midfielder is one of the heads of the Wolfsburg boom.

Arnold played his way into the limelight with strong performances that there is now even speculation about the 26-year-old's nomination for the national team.

Together with the Austrian Xaver Schlager, Arnold forms one of the best midfield duos in the league.

On the weekend Arnold can advertise himself twice.

On Saturday on the green lawn against Hertha BSC and on Sunday in the TV program “Doppelpass” on Sport1.

JOCHEN SCHNEIDER: Born in Mutlangen, about 60 kilometers from Stuttgart, the Schneider is returning to his old place of work.

As a former VfB intern, the business economist was promoted to sole manager at the Swabians in 2004 and only left the club in 2015 after 16 years of employment.

As a consequence of the continuing downward trend of the bottom of the table, the Revierclub and Schneider go their separate ways at the end of the season.

PETER GULACSI: The Hungarian national goalkeeper from RB Leipzig is not only convincing in terms of sport.

With eleven games without conceding a goal, Gulacsi has the best value in the Bundesliga.

The 30-year-old's horizon extends beyond the stadium.

Gulacsi proved this during the week when he publicly opposed the homophobic legislation of the government of his home country.

Gulacsi received a lot of negative comments from Hungary.

But he will not be deterred.

Gulacsi and his wife Diana have been campaigning for sick children and animal welfare for years.

Information about the 23rd matchday on bundesliga.de