The declassification of the Khashoggi report is imminent, the United States and Saudi Arabia are working hard to maintain relations

Decryption of the Khashoggi report is imminent   US President Joseph Biden said on the 24th that he had seen the investigation report on the murder of Saudi Arabian journalist Jamal Khashoggi that is about to be declassified by the US intelligence agency, and will have the first phone call with Saudi King Salman.   The content of the report is expected to be detrimental to Saudi Crown Prince Mo 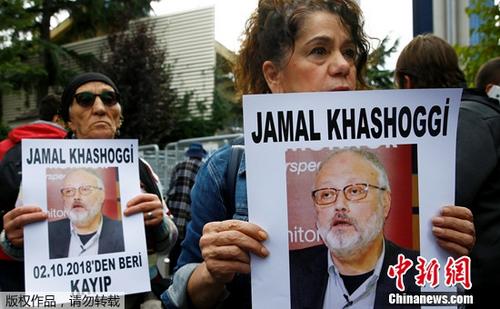 Decryption of the Khashoggi report is imminent

US President Joseph Biden said on the 24th that he had seen the investigation report on the murder of Saudi Arabian journalist Jamal Khashoggi that is about to be declassified by the US intelligence agency, and will have the first phone call with Saudi King Salman.

The content of the report is expected to be detrimental to Saudi Crown Prince Mohammed.

Analysts say that the Biden administration is trying to re-adjust US-Saudi relations, but it cannot do without Saudi cooperation on the Middle East security issue.

On the other hand, Saudi Arabia has frequently shown good to the United States recently and has tried to stabilize the "boat of friendship."

White House spokesperson Jane Psaki said that the Khashoggi investigation report will be made public "soon", and US-Saudi leaders will also talk on the phone "soon."

According to her statement, Biden will mention "human rights violations" related issues in the phone call and reiterate his security commitment to Saudi Arabia.

Psaki previously stated that the Biden administration will readjust its relationship with Saudi Arabia, "one of which is to return to counterpart contacts."

This means that Biden’s call will be the 85-year-old Saudi King Salman, not the Crown Prince Mohammed, who is particularly close to the predecessor Donald Trump’s administration.

Western media regard the 35-year-old crown prince as the de facto leader of Saudi Arabia.

The publication of the Kashuji case investigation report is also part of the Biden administration's readjustment of US-Saudi relations.

The AXios News Network reported earlier that the Office of the Director of National Intelligence will release the decrypted version of the report on the 25th local time.

Several officials familiar with the matter disclosed to Reuters that the CIA was mainly involved in the preparation of the report. The assessment determined that Saudi Crown Prince Mohammed approved and may order the killing of Khashoggi.

Khashoggi is a columnist for The Washington Post. On October 2, 2018, he went to the Saudi Consulate in Istanbul, Turkey to collect the necessary documents for remarriage. However, he was killed and his body was mutilated. He has not been found.

The Saudi government denied that Crown Prince Mohammed was involved, and insisted that some intelligence agents tried to extradite Khashoggi back to China on their own initiative and killed Khashoggi.

Saudi Arabia sentenced five people involved to death in December 2019. They were later forgiven by the family of Khashoggi and their sentences were reduced to 20 years in prison.

The U.S. Congress enacted the Kashuji case in December 2019, requiring the Office of the Director of National Intelligence to disclose the investigation report, which was ignored by the Trump administration.

According to Reuters and other international media, during Trump's four years in power, the United States gave Saudi Arabia the green light on human rights and Yemen issues, with the aim of using Saudi Arabia to contain Iran and sell more arms to Saudi Arabia.

Since Biden came to power, in addition to his "outside" Crown Prince Mohammed, he also stopped supporting Saudi-led multinational coalition military operations in Yemen and tried to resume dialogue with Iran.

However, Agence France-Presse analyzed that if the Biden administration were to sanction Saudi Arabia on human rights issues, the measures would obviously be quite limited.

According to the "Washington Post" report, the US military is expanding its presence in Saudi Arabia and intends to build ports and air bases in western Saudi Arabia in preparation for a military conflict with Iran.

Some observers say that although Biden promised to make Saudi Arabia pay during the campaign, he will take a middle course after taking office.

While examining the human rights situation in Saudi Arabia, it maintains security cooperation.

Saudi analyst Ali Shehabi believes that “all signs so far indicate that the Biden administration will adopt a moderate policy toward Saudi Arabia”, including some symbolic measures on human rights issues to appease the Democratic Party’s critics of Saudi Arabia, while maintaining the US Saudi Arabia. The security and economic pillars of the relationship.

Saudi Arabia recently released some "political prisoners", including a human rights activist who was sentenced to three years in jail for demanding the lifting of the ban on women driving cars.

Agence France-Presse interpreted these actions as showing goodwill to Biden.

The first is the resumption of diplomatic relations with Qatar last month, ending the severance crisis that lasted more than three years.

The United States has always hoped that these Gulf Arab countries will unite against Iran.

The second is to improve relations with Turkey, another important ally of the United States in the Middle East, as soon as possible.

Due to the Khashoggi incident and tensions between Turkey and Saudi Arabia, Saudi Arabia publicly launched a boycott of Turkish products last year.

A person close to the Saudi leadership told the AFP reporter that the Saudi leader is trying to "cool down" the situation and is willing to meet with Turkish President Recep Tayyip Erdogan, despite the fact that Erdogan is "not No good feelings".

In addition, Saudi Arabia employs public relations companies in the United States to promote the importance of maintaining and promoting U.S.-Saudi relations to the American people, government officials, and the media.

Christine Diwan, an analyst at the Washington Gulf Arab States Institute, said that seeing the new US government intends to re-engage with Iran and examine US-Saudi relations in terms of values, the Saudis are eager to show that they are a reliable partner for the United States to resolve conflicts in the Middle East.