The Hamburg citizenship thought in its meeting of the victims of the Hanau attack. The classification of the act by the AfD parliamentary group leader, who expressed "disgust for any attempt to instrumentalize this bloodshed", caused outrage. 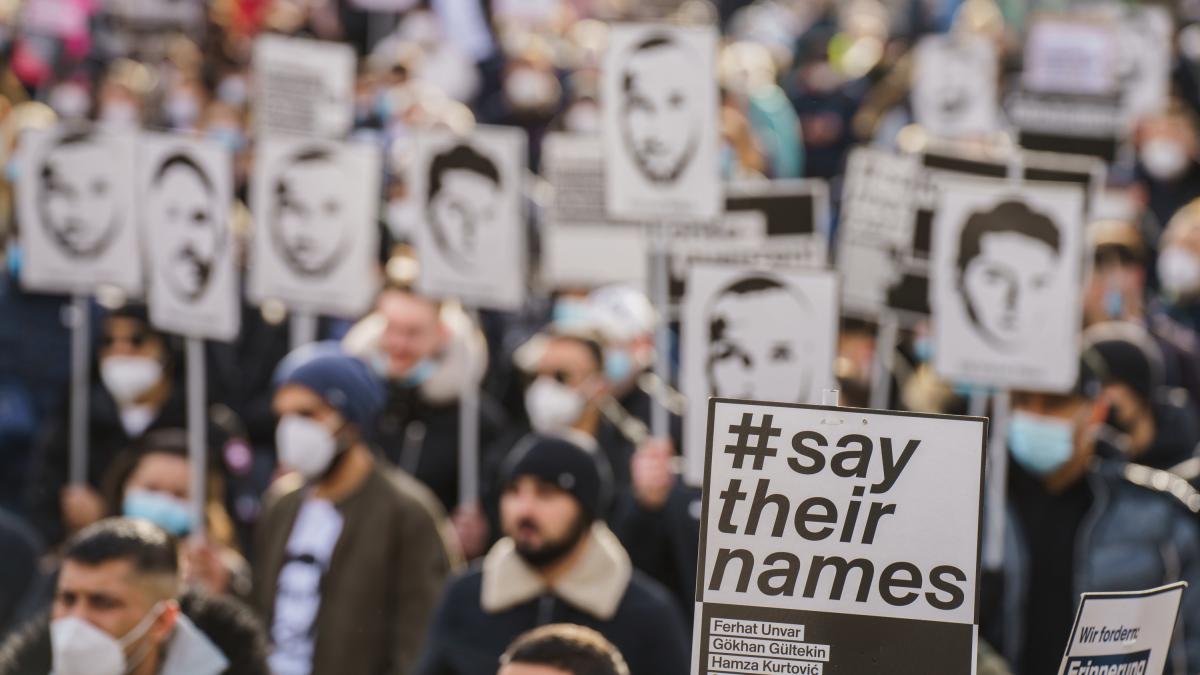 With the exception of the AfD, the Hamburg citizenship remembered the victims of the racist attack in Hanau a year ago and warned against hatred and agitation.

AfD parliamentary group leader Alexander Wolf caused outrage on Wednesday in the current hour when he presented the murder of nine people with immigrant roots as an act of a mentally ill individual perpetrator who should now be politically instrumentalized.

In doing so, he was explaining to the families of the victims that their relatives "died almost by accident," said Interior Senator Andy Grote (SPD).

"That is infamous, that is unbelievable." Representatives from the SPD, Greens, CDU, Left and FDP called on all democratic forces to stand together against racism and right-wing extremism in society.

In the debate requested by the SPD parliamentary group, representatives of all parties - except for the AfD - called for all democratic forces to stand together against racism and misanthropy.

On February 19, 2020, the 43-year-old German Tobias R. shot nine people with foreign roots in Hanau in several places in the city in the Rhine-Main area, before allegedly killing his mother and then himself and videos of conspiracy theories and racist views posted on the Internet.

“The sick man who had become a murderer” should “under no circumstances have been allowed to run around freely”.

He expressed his "disgust for any attempt to instrumentalize this bloody act".

Interior Senator Grote said that in addition to Hanau, the assassination attempt on the Kassel district president Walter Lübcke and the attack in Halle in 2019 caused “a turning point in the history of our country”.

Right-wing extremism has never been “as present and as dangerous as it is now” for democracy.

The right-wing extremist wing is also active in the Hamburg AfD, he said.

SPD parliamentary group leader Dirk Kienscherf also pointed out that Hanau was not an isolated case.

The fight against racism and right-wing extremism is a task for society as a whole.

Therefore, it must be clear: "In Germany there must be no cooperation with the right-wing populists in the state parliaments."

It is time that “the white majority society” really took up the topic.

He referred to the increasing radicalization on the Internet and warned against populism.

"Words must not lead to radicalization in people who have only waited for someone to finally say it."

Even after a year, the bloody deed in Hanau has not yet been fully processed, said the interior expert of the left-wing faction, Deniz Celik.

Relatives of the victims would be left alone by the authorities to reconstruct the circumstances of the crime.

In the “official handling of right-wing extremist violence” there is again “a systematic failure”.

Racism must be countered "with all the harshness of the rule of law," said FDP MP Anna von Treuenfels-Frowein.

Search and discovery should not end at national borders.