Gladly without a spectacle: Leverkusen and 1899 with high goals

The first legs were spectacular, but the three goals against each gave the coaches and players from Leverkusen and Hoffenheim food for thought. Nevertheless, making it to the second round of the Europa League is a must for both. 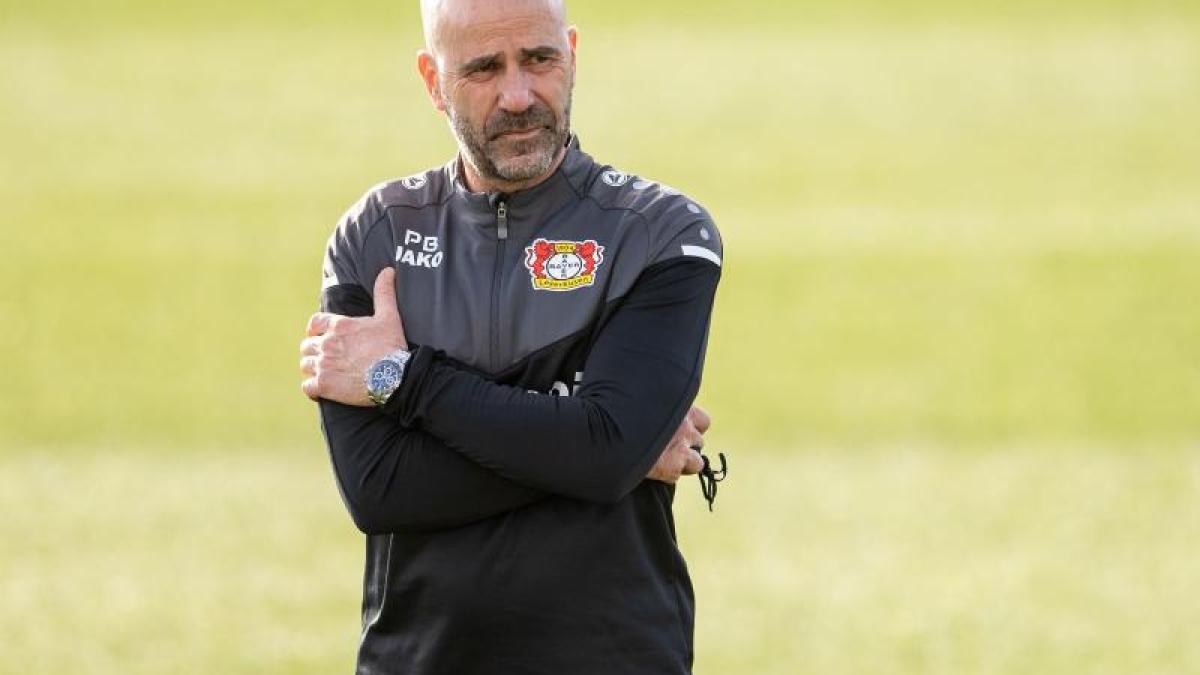 Hoffenheim (dpa) - This time, like less spectacle: After the crazy first legs with a total of 13 goals, Bayer Leverkusen and 1899 Hoffenheim go into their home appearances in the second round with good but dangerous starting positions - and with some personnel concerns.

Still, both are favorites.

A place in the pot at the draw for the round of 16 on February 26th is mandatory.

Especially since one or the other is already thinking of the title.

At Bayer Leverkusen (February 25, 9:00 p.m. / Nitro and DAZN), the eternal substitute goalkeeper Niklas Lomb should keep the zero as possible after the Achilles tendon injury from the regular goalkeeper Lukas Hradecky and despite his mistake at FC Augsburg to secure the advancement at Young Boys Bern.

Hoffenheim, who are fighting for their first place in a European Cup round of 16, are missing ten players against Molde FK from Norway (February 25, 18.55 / DAZN) after 3: 3 in the first duel.

The goal is still clear.

"For us as a club, as a team, for me personally it would be a great success," said TSG coach Sebastian Hoeneß: "If it works, we will be very happy because we have achieved something historic."

"I think we can advance and even win the Europa League," said the 20-year-old.

In Leverkusen, among others, newcomer Timothy Fosu-Mensah spoke of the title as a goal before the first leg in Bern.

Especially after the bad first half there, when Bayer were 3-0 down, the official look only goes until the second leg.

«The game is very important.

We really want to get through one round, ”said coach Peter Bosz, who could personally put him in an uncomfortable situation after only two wins from twelve games with the cup at the fourth division club Rot-Weiss Essen.

The starting position is clear: Bayer needs a win, but that should definitely be enough.

"If we win and don't get through it will be a very, very, very spectacular game," said Bosz.

It won't turn out that way, but it's bitter that the Bender twins, Lars and Sven, who are so important for stability, have already been canceled.

And Lomb will have to stand in the gate, regardless of his form and nerves.

U21 national goalkeeper Lennart Grill is no longer part of the Europa League line-up.

He had to vacate his squad place for one of the three winter newcomers.

“That's just bad luck,” said Bosz: “We didn't report Mitch Weiser in the first half of the season, and a week later, two right-backs, Santiago Arias and Lars Bender, were injured.

And now exactly the same thing is happening to us: a week after we made the list, Lukas, who has never missed a game since I've been here, got injured. "