In Pays-de-la-Loire, suspense for the succession of Christelle Morancais

Postponed to 2021 because of the health crisis linked to the coronavirus, the regional elections will be held on June 13 and 20. In Pays-de-la-Loire, applications are gradually emerging for 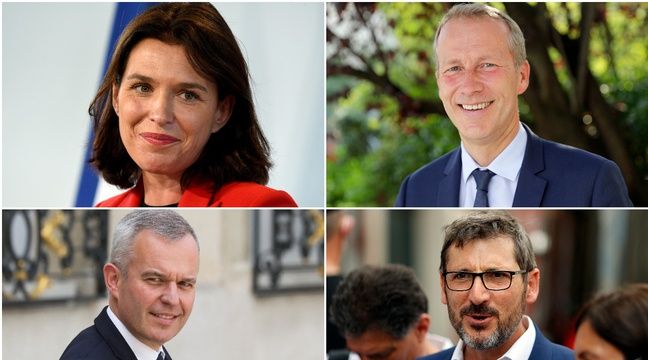 Will the Pays-de-la-Loire region once again change its political majority next June?

This is the stake of a regional election which, in a necessarily particular context, promises to be particularly indecisive in this attractive territory.

Update on the challenges and forces involved.

Who will be the candidates?

At the head of the regional council since 2017 without having campaigned on her name (she had taken over from Bruno Retailleau during her mandate), Christelle Mor Anglais (LR) has not yet announced whether she would seek her own succession.

" This is not the moment.

She is focused on the crisis and the recovery ”, explains those around her.

His candidacy, widely encouraged by his camp, is however not in doubt.

It should take place in the spring.

In the center, François de Rugy has been designated “leader” of La République en Marche.

But his candidacy as head of the list is not yet official.

"The time has not come to campaign therefore declarations of candidacy", justifies the Nantes deputy, who does not however make too much of a secret of his intentions.

Many LREM elected officials support him, despite the controversy that forced him to resign from the Ministry of Ecological Transition in July 2019.

On the left, the socialist Guillaume Garot was the very first to come out of the woods.

Candidate since October, the deputy for Mayenne and former minister relies on his “experience” and on “the territorial framework, favorable after the last municipal elections”.

It remains to be seen if (and when?) He will manage to unite with the ambitious environmentalist list, undoubtedly led by Matthieu Orphelin, deputy (ex-LREM) of Maine-et-Loire and former vice-president of the region. .

Aged 48, he unveiled his candidacy on Friday but awaits the formalization of his movement.

France Insoumise, which appointed Sandrine Bataille and Matthias Tavel as leaders, also intends to be part of the game.

Finally, to the right of the right, the National Rally already knows its candidate: Hervé Juvin, 65, appointed at the end of January.

Founder of the Localists movement, he has been a European deputy for the RN since 2019, without having his party card.

After growing up in Loire-Atlantique, this essayist and businessman has just moved back to the region, in Mayenne.

What is the record of the last term?

"Conservative", "absent", "inactive", "ideologue", the qualifiers are not tender in the opposition to designate the outgoing president.

"His team has put an end to the social policy developed under the previous presidencies," said Christophe Clergeau, leader of the socialist group and environmentalist in the region.

“The majority lack innovation both economically and in terms of ecological transition,” considers Aykel Garbaa, president of the LREM group in the region.

Republicans are obviously not reading the same.

They salute the "pragmatism" and the "collective game" of a president little known to the general public when she was propelled to the front of the stage.

"It has been the political revelation of recent years", estimates Anthony Béraud, departmental secretary of the Republicans 44, who insists on "his remarkable management of the crisis".

What themes will make the election?

The campaign is not yet launched.

But ecological transition, youth and economic recovery are already emerging as major themes for all parties.

On the left, the collaborative workshops are linked to develop the programs.

"Our project will also be social, will propose new ways of doing things, far from partisan postures", we promise in the Orphan clan, whose appeal brings together nearly 2,000 signatories.

Medical deserts or food are dear to the PS candidate who wants to show "the very concrete role of the region".

On the right, we particularly want to amplify the “results obtained on learning” and “support for the territories”.

On the side of LREM, it is estimated that the emphasis should be on health.

“Working hand in hand with the State” is also a priority for François de Rugy.

The general opinion is that the ballot promises to be particularly open.

“Very smart the one who can predict today who will emerge.

The level of abstention will undoubtedly be decisive, ”summarizes a regional adviser.

PS and Greens have each called for the rally of the left, but no one has yet seized the hand extended by the other.

If the negotiations still seem far from being successful, an alliance should, anyway, emerge for the second round if they hope to change the region.

As for LREM, we are banking on the notoriety of François de Rugy and his environmental credentials to win the day.

“He has the build of a regional president.

We are clearly going there to win, ”says Aykel Garbaa.

Republicans are expressing more caution at this point.

“I see positive signs, the outgoing team is appreciated.

But we have few benchmarks.

The political landscape has changed a lot since 2015 ”, analyzes Anthony Béraud.

As for the National Rally, we intend to do even better than the 21.5% of votes obtained in the first round in 2015 and synonymous with third place.

Hervé Juvin calls on voters to go to the polls en masse.

"This is how power is taken," he insists.

According to a first Opinionway poll commissioned by EELV in January, a joint list of environmentalists and the left led by Matthieu Orphelin would top voting intentions in the first round with 29%, ahead of La République en Marche (25%) and Les Républicains (24%).

Vaccination: A “terrible mess”… Rant after Valneva's choice to favor the United Kingdom

Coronavirus in Pays-de-la-Loire: What will the 332 million euros of the emergency plan be used for?