Iran continues to be closely monitored. Is the Islamic Republic sending signs of goodwill to return to the terms of the nuclear deal? The latest IAEA report has a preliminary answer. 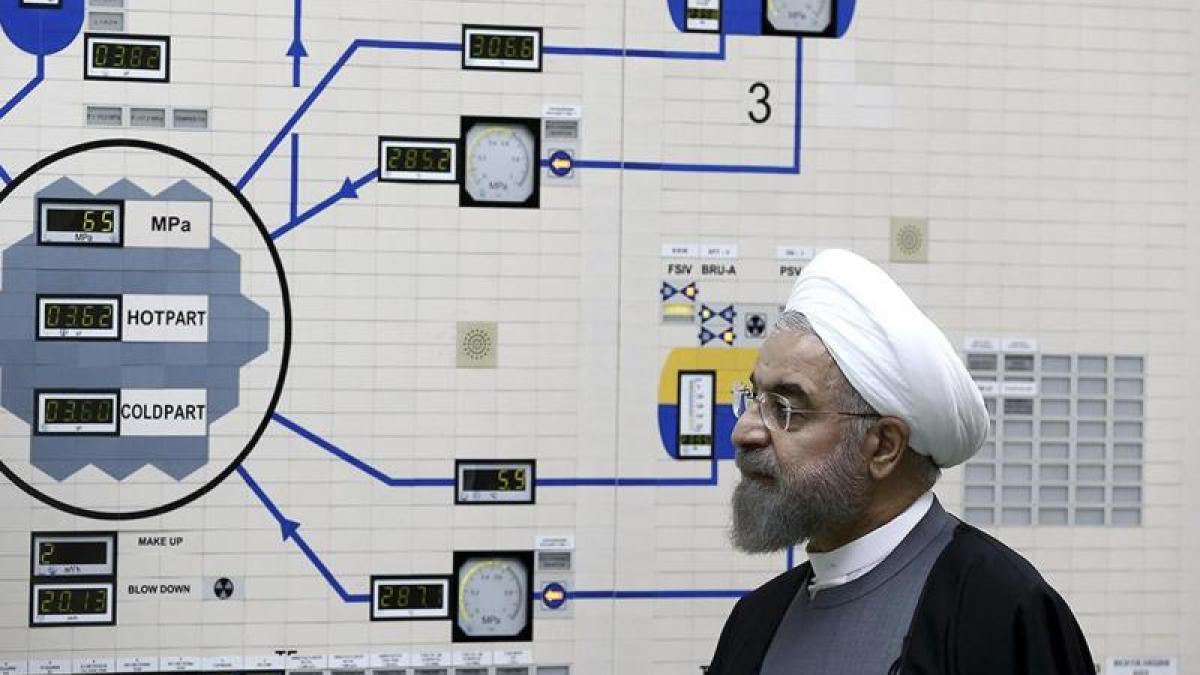 Vienna (AP) - Iran has continued its violations of the nuclear agreement despite signs of a possible change of course by the new US government.

According to the findings of the International Atomic Energy Agency (IAEA), Tehran has illegally increased its reserves of enriched uranium to almost three tons since November.

Another 500 kilograms were added, according to an IAEA report submitted to the German press agency on Tuesday.

This also includes 17.6 kilograms, which are enriched to 20 percent.

The 2015 nuclear deal set an upper limit for low-enriched pure uranium at 200 kilograms.

The agreement is supposed to prevent the country ruled by Shiite clerics from building an atomic bomb.

After the USA withdrew from the deal, Tehran demonstratively violated the requirements several times.

In addition, the IAEA expressed its deep concern that Iran was not providing an explanation of the origin of uranium particles that could provide information about past activities.

In the past year, uranium particles were found in two places.

In addition, Iran has not answered a similar question about a third site in 18 months, the IAEA criticizes in its report.

The Islamic Republic is demanding that the US return to the agreement and thus lift economic sanctions.

Then Tehran will stick to the deal again.

Under the new President Joe Biden, the USA is basically ready to rejoin the agreement, but is demanding at least a sign of goodwill from Iran.

Meanwhile, Germany, France and the UK have asked Iran to be more transparent about the official start of restricting UN nuclear inspections.

"We urge Iran to end and reverse all transparency-reducing measures and to ensure timely and comprehensive cooperation with the IAEA," said a joint letter from the foreign ministers of the three countries on Tuesday.

The Iranian nuclear organization AEOI will no longer work with the UN nuclear authority IAEA within the framework of the IAEA additional protocol, but only on the basis of the Nuclear Non-Proliferation Treaty.

Accordingly, there will be restrictions on inspections of the nuclear facilities.

The letter from the three European foreign ministers stated that this decision was regrettable and dangerous.

On Sunday, Tehran and IAEA chief Rafael Grossi agreed to continue the cooperation, but to limit the IAEA controls of the Iranian nuclear program for three months.

In addition, the video material from the IAEA surveillance cameras is said to be confiscated during the three months.

Iran and the Atomic Energy Agency hope that a more far-reaching political solution will be found within three months in order to then lift the restrictions again.

The IAEA controls were one of the key points of the Vienna nuclear agreement.

Under President Donald Trump, the United States pulled out of the deal in 2018 and again imposed sanctions to bring down Iran through economic pressure.