One year imprisonment for two drivers who stole 351,000 dirhams from a company in the absence of escorts

The Dubai Criminal Court has ruled a year in prison and a fine of 351 thousand and 498 dirhams, against two drivers, for stealing a safe containing the same amount from the company in which they work in the Jebel Ali industrial zone. 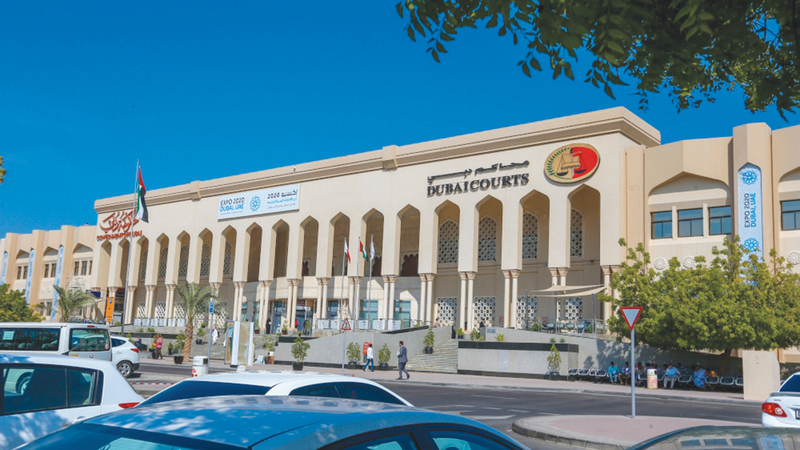 Dubai Police arrested them at the workplace

One year imprisonment for two drivers who stole 351,000 dirhams from a company in the absence of escorts

The Dubai Criminal Court has ruled a year in prison and a fine of 351 thousand and 498 dirhams against two drivers for stealing a safe containing the same amount from the company in which they work in the industrial zone in Jebel Ali.

Prosecutor's investigations reported that the defendants took advantage of their knowledge of the lack of security measures in the company, and infiltrated the accountant's office on the first floor, and one of them moved an iron safe containing 351,498 dirhams to the window, and handed it to his colleague who placed it in a truck belonging to the same company, and then left through the gate. There is no escort on them, and Dubai police were able to arrest them at a later time, and recovered a large part of the stolen amount, despite the fact that they distributed it to a number of companies to transfer it to their countries.

A company official said in the prosecution's investigations that one of the employees informed him of the incident of the robbery, and upon his arrival he saw two people through surveillance cameras, without their features being clear, sneaking through the open office window, and one of them carries the safe on his shoulder, then they stole a refrigerated truck belonging to the company, and then fled.

He explained that it is the custom among the company's drivers to leave the vehicle keys inside, because due to the pressure of work, the vehicles are often operated continuously to keep the goods inside the fridge, indicating that the defendants were aware of this, and they also knew that there is no security guard for the company, So they stole the safe and the car and left, unimpeded.

He added that the truck was found intact in the Lahbab area the next day directly, through the tracking system installed in it, and the police later found the safe nearby, but it was open, and an amount of 351 thousand and 498 dirhams disappeared from it, and the police recovered 281 thousand dirhams.

A Dubai police witness said that a search team was formed after receiving the report, and suspicions were raised about the company's employees, given that the thieves were fully aware of the place and the security holes in it.

By tracking surveillance cameras and monitoring evidence, the circle of suspicion in the accused was narrowed, and they were seized at the company's headquarters, and facing the first with evidence, he admitted that he had agreed with his colleague to steal the treasury of funds, and went to the company's headquarters, and made sure that it was completely empty of employees, then they rolled to the accounting room through an open window, They transferred the safe to a truck, and they headed to Jebel Ali Street to Lehbab, and hid the safe among the trees on the side of the road, then proceeded two kilometers, leaving the vehicle, and waited in a nearby mosque.

The accused added that he called his colleague to transport them in his car, justifying their presence at the place that they were with others, and quarreled with them and left, then the two defendants returned the next day in a taxi, and they had the tools necessary to break the safe, after they failed to do so during the first day, and got rid of a large amount of Coins, and together they divided the remaining amount, then later proceeded to transfer the sums through money changers, but the Dubai police preceded them, arrested them, and recovered a large part of the stolen amount.