Mark Ramsayer, a professor at Harvard University, who has caused controversy around the world with the pretense that'comfort women are prostitutes', is expected to be excommunicated by posting articles in the US media that seem to be advocated by domestic professors. 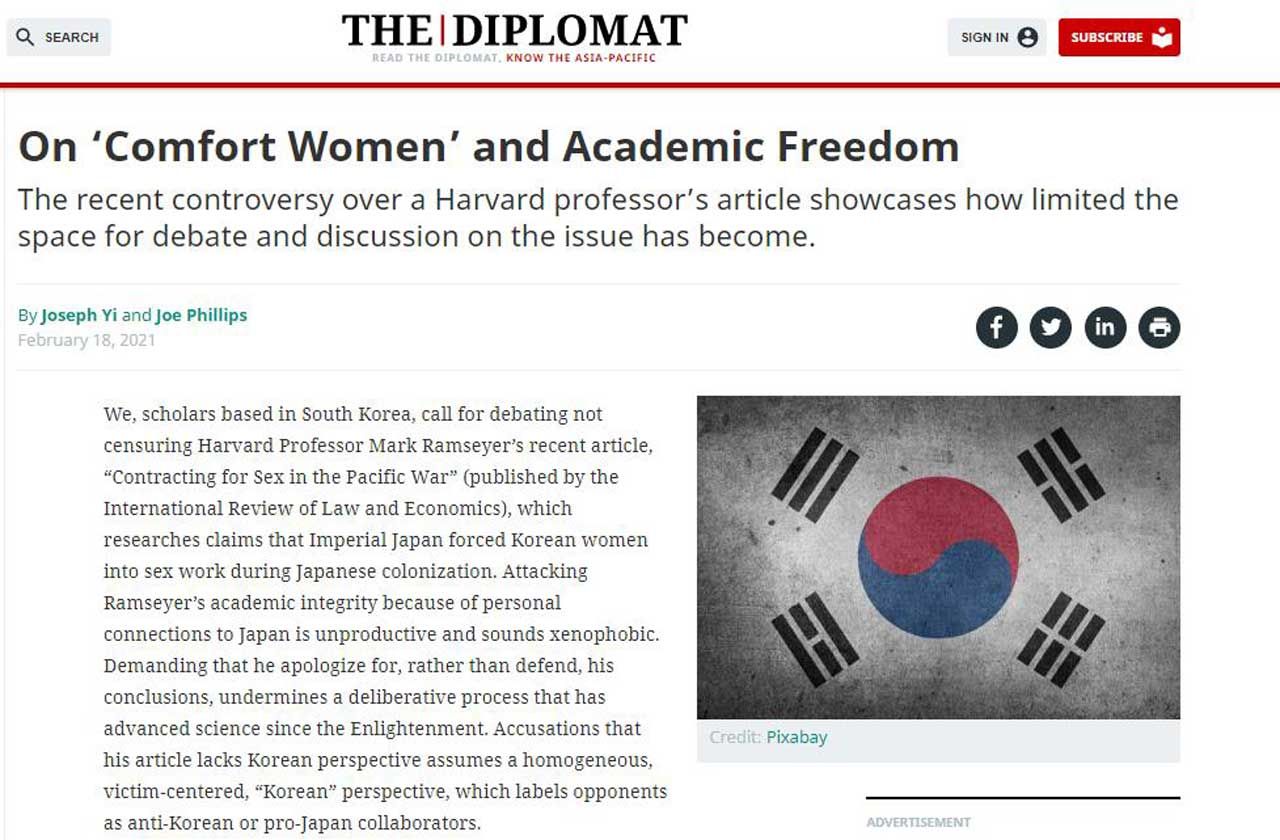 Mark Ramsayer, a professor at Harvard University, who has caused controversy around the world with the pretense that'comfort women are prostitutes', is expected to be excommunicated by posting articles in the US media that seem to be advocated by domestic professors.

After introducing themselves as "Korea-based scholars" in their contributions, the two took luck saying, "I urge discussion, not blame" for Professor Ramsey's writing.

He continued, "The debate over the professor's writing at Harvard University shows how limited the room for discussion and debate is," he seemed to support Professor Ramsey's argument.

They said, "It is counterproductive to attack Ramsey's academic integrity because of his personal connection with Japan, and it sounds like xenophobia." It was a premise.”

In addition, they emphasized, "In Korea, limiting the research and discussion of'comfort women' has increased due to social and political collective accidents," and emphasized that "otherwise these are worthy of passionate public discussion."

In particular, they cited professor Park Yoo-ha of Sejong University, who raised controversy with the publication of the “comfort women of the empire” in 2013. I receive, and I am prosecuted.”

In addition, the two professors cited the book "Comfort Women: Sexual Violence Between Korea and Japan and Records After Colonization" published in 2008, saying, "Activists groups selectively delete information that does not fit their stories, and Encourages”

The two also mentioned that "35 people accepted the payment from the 1 billion yen fund raised by Japan in accordance with an agreement between Japanese Prime Minister Abe and former President Park Geun-hye in 2015."

At the end of their contributions, the two professors added, "Our purpose is not to support Professor Ramsey's writing," and "not to withdraw and apologize, but to demand empirical research and analysis."

Earlier, in 2019, Professor Lee was asked to apologize for a remark about a comfort woman during a class, and there was a signing campaign to condemn his remarks.

At the time, Hanyang University's Education Broadcasting Station said, "Korean historians are not using quantitative research, and they are a nationalist liar because they focus on the worst cases of 5-10 people and generalize all comfort women."