The multifaceted author, pioneer of Italian TV, died in Milan due to Covid. In his 40-year career he has written writer and screenwriter of over three hundred children's fairy tales&nbsp; 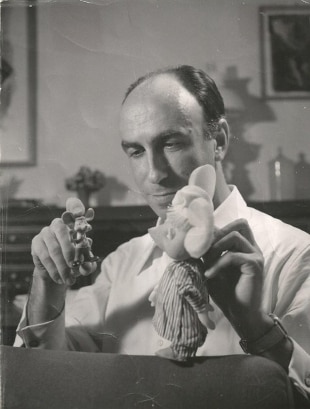 Stagnaro was the "literary father" of Topo Gigio, brought to success together with the author 'mother'

A pioneer of Italian TV, first in Rai and then in private networks, Stagnaro's four-decade-long career has seen him as a prolific author in various fields.

Director, actor, theater and television author and above all a fruitful writer and screenwriter of over three hundred fairy tales for children, a production that has seen him several times winner of the National Award for Television Direction.

In 2009 he was the exceptional testimonial of the HC Andersen Award in Sestri Levante.

From children's TV to the direction of musical shows, comedies, sitcoms and films for the small screen, Stagnaro has been a witness and protagonist of the history of Italian television and its changes.

"His was a life full of encounters, an exciting ride in the history of Italian entertainment, between reality and fantasy, lights and characters, which Guido Stagnaro told me in 2014 in the book" L'artigiano della tivù "(Mursia) ", says the author

in giving the news of the disappearance.

In the preface the critic

wrote: "Di Stagnaro was said to be a great Ligurian gentleman, lord of his own, but even more so for the great rejection of his most famous creature, Topo Gigio. of puppets) and to Maria Perego (animator of those same puppets) the legacy of Gigio, renouncing the rights that would have been due to him, in order to dedicate himself to more demanding projects ".

In 1974 he was the director of the first Rai color program "Nel Mondo di Alice", with Milena Vukotic and many famous cameos including

Then, the commitment with private TV.

His first television appearances are in 1959, in "Canzonissima", hosted by

and on 11 February in the program for children "Saltamartino".

The story of Topo Gigio

The most famous puppet on Italian TV has therefore been orphaned.

And it happened right away.

An exploit that saw him star in broadcasts such as the

but also in many Italian and foreign shows, even ending up in the Ed Sullivan Show in the USA.

Often the protagonist paired with famous actors and characters, from Dario Fo to John Wayne.

The character, with big ears, protruding teeth and long mustache, plays a romantic and innocent figure but with a strong sense of humor.

Greedy for cheese does not spare himself in courting the women of the show in the broadcasts in which he appears: from


In 1960 he was the protagonist of the program

"The stories of Topo Gigio"

by Stagnaro, broadcast every Wednesday afternoon, which gave rise to the real success of the character, especially among children.

In 1961 he was the first animated puppet to appear in the "Carosello", as a testimonial for Pavesini biscuits.

The same year he starred in the film "The Adventures of Topo Gigio" directed by Federico Caldura and Luca De Rico with a screenplay by Stagnaro and Mario Faustinelli.

1961 was also the year of Topo Gigio's debut in the "Corriere dei Piccoli", drawn by Dino Battaglia from a screenplay by Perego, Federico Caldura and Alberto Ongaro.

In 1969 he starred in a Japanese film production directed by Kon Ichikawa, "Topo Gigio and the war of the missile": the film was a disaster for critics and audiences.

With a success that from Italy has become international, transforming itself into gadgets, books, records, comics, toys and cartoons.

And Topo Gigio also entered the popular imagination with phrases like "But what do you say to me ...", pronounced with a mischievous voice.

In addition to Perego and Stagnaro, others actively contributed to its conception and its initial success, in particular Federico Caldura and Peppino Mazzullo, its historical voice.

In 1988 he was the protagonist in the anime


In the following years he participated in many Rai broadcasts, in particular as the regular shoulder of Cino Tortorella in the "Zecchino d'Oro" and of Memo Remigi in "The tenant of the floor below". In 1974 he also presented "Canzonissima" alongside Raffaella Carrà.