On February 19, General Secretary Xi Jinping presided over the 18th meeting of the Central Committee for Comprehensively Deepening Reform and delivered an important speech. The general secretary emphasized that comprehensively deepening reforms is closely related to the implementation of the new development concept and the construction of a new development pattern. It is necessary to completely, 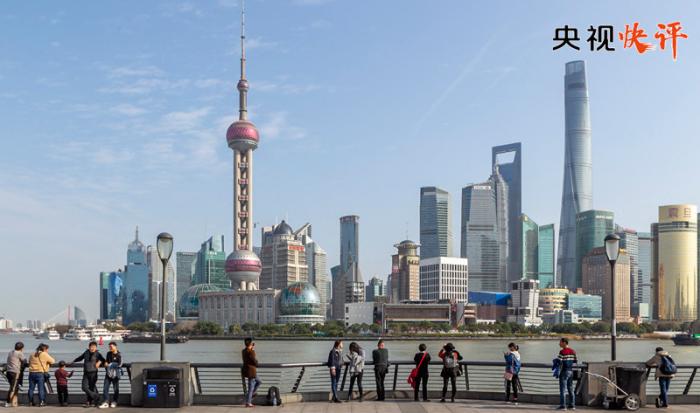 On February 19, General Secretary Xi Jinping presided over the 18th meeting of the Central Committee for Comprehensively Deepening Reform and delivered an important speech.

The past year was extremely extraordinary. The Party Central Committee with Comrade Xi Jinping at its core grasped the general trend, strategized, accurately studied and judged changes in the situation, guided by the new development concept, closely integrated reform tasks with development goals, and organically unified all reforms. Deeper reforms, higher levels of open service development, overall planning of epidemic prevention and control and economic and social development, taking the lead in realizing positive economic growth, and achieving historic achievements in building a moderately prosperous society in an all-round way. The "13th Five-Year Plan" came to a successful conclusion and fully demonstrated the advantages of the system. Demonstrate the power of reform.

At present, a new journey of comprehensively building a modern socialist country has begun.

The new situation faces new challenges, and a new pattern must be constructed in the new stage.

Faced with a more complicated development situation and more arduous and arduous development tasks, only by strengthening the integration of reform systems and promoting the implementation of reforms to achieve results in a more prominent position, and driving reforms in depth with the spirit of nailing nails, can we overcome obstacles and create greater glories. .

There is no end to practice and development, and no end to emancipating the mind.

Completely and accurately implement the new development concept and continue to deepen reforms in an all-round way. We must have a systematic concept, strengthen the overall vision, plan reform from a political height, coordinate the promotion of reform policies, progress, and effects, and give full play to the overall effect of reform; we must have dialectical thinking and persistence The two theories and the key theories are unified, adhere to the problem orientation, keep in mind the purpose of serving the people, and lead the reform in depth with key breakthroughs; be innovative, seek first breakthroughs and take the lead on the basis of observing the overall situation and serving the center, and promote qualitative changes in development through innovation .

Reform is based on action, and success is achieved.

Completely, accurately and comprehensively implement the new development concept, continue to deepen reforms in an all-round way, and focus on achieving high-level self-reliance and self-reliance. Deepen the reforms, give play to the advantages of the new nationwide system, focus on overcoming the "stuck neck" technology, and accelerate the construction of a scientific and technological power. Grasp the initiative of innovation and development; to "relieve muscles and invigorate blood", accelerate the cultivation of a complete domestic demand system internally, break the barriers to the development of new urbanization, promote regional coordinated development, continue to implement a high level of opening to the outside world, and smooth the economic cycle of internal and external linkages; "Make a facelift" and change development thinking. In particular, we must promote a comprehensive green transformation of economic and social development, so that more green waters and green mountains will become golden mountains and silver mountains, and China's green development will be promoted to a new level.

At the juncture of reform, the brave wins, and the anger can be inflated but not vented.

The current reform has reached a new juncture. We must earnestly study and comprehend the spirit of General Secretary Jinping’s important speech, continue to break down barriers and remove obstacles with the courage of "the strong man breaks his wrists, scrapes the bones and treats poison", and "opens the way in the mountains and meets the water." The persistence of building bridges opens new chapters and composes new chapters, takes on missions and makes contributions with the enthusiasm of “seize the day and live up to the youth”, play the key role of comprehensively deepening reforms in building a new development pattern, and ensure the "14th Five-Year Plan" During this period, China's development started well and started well.