During the last day of the trial, the prosecutor demanded at least six years in prison for the man suspected of having committed the brutal robbery in Böda this summer. 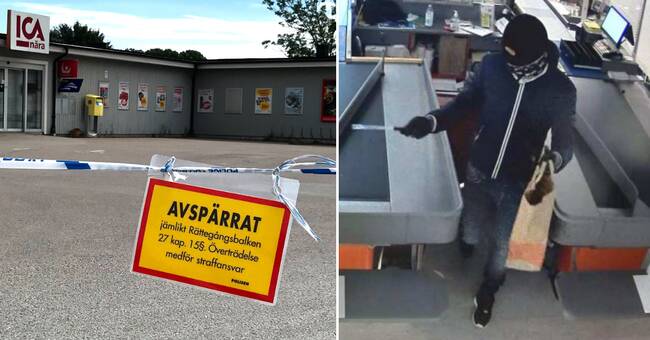 The minimum sentence for aggravated robbery is five years and this is much more serious, prosecutor Kjell Jannesson says:

- There has been some violence, plaintiffs have been tied up and it has been going on for a long time.

In addition, I believe that he should be convicted of aggravated receiving.

It gives a total penalty value of at least six years, he tells SVT.

It was at the beginning of August that two people brutally robbed the Ica traders in Böda on Öland by threatening them and their family in their home.

On the way from the crime scene, the robbers crashed into their car.

The suspected 31-year-old was arrested in November and has been in custody ever since.

At the end of the trial, Kalmar District Court decided that he would remain in custody, which indicates that a conviction and a long prison sentence will be handed down, according to the prosecutor.

They are expected in two weeks.

A man is charged at the same time, suspected of having helped the robbers escape.

The prosecutor is demanding an eight-month prison sentence for him.

Another man, who is suspected of being involved in the robbery, is in custody in his absence - but has managed to stay away, probably abroad.

How do you see the possibility of getting hold of him?

- He is wanted and if he commits a crime somewhere in the EU, the chances are great.

But if he continues to hide in the country we believe, Kosovo, it may be more difficult to find him, says prosecutor Kjell Jannesson.