Study on the origin of the pandemic: Wiesendanger defends Wuhan theses

Roland Wiesendanger, physicist at the University of Hamburg, has identified the origin of the coronavirus in a laboratory in Wuhan in a paper - and has received a lot of criticism for his approach. The science authority also keeps its distance. He was aware of the possible reactions it might trigger. 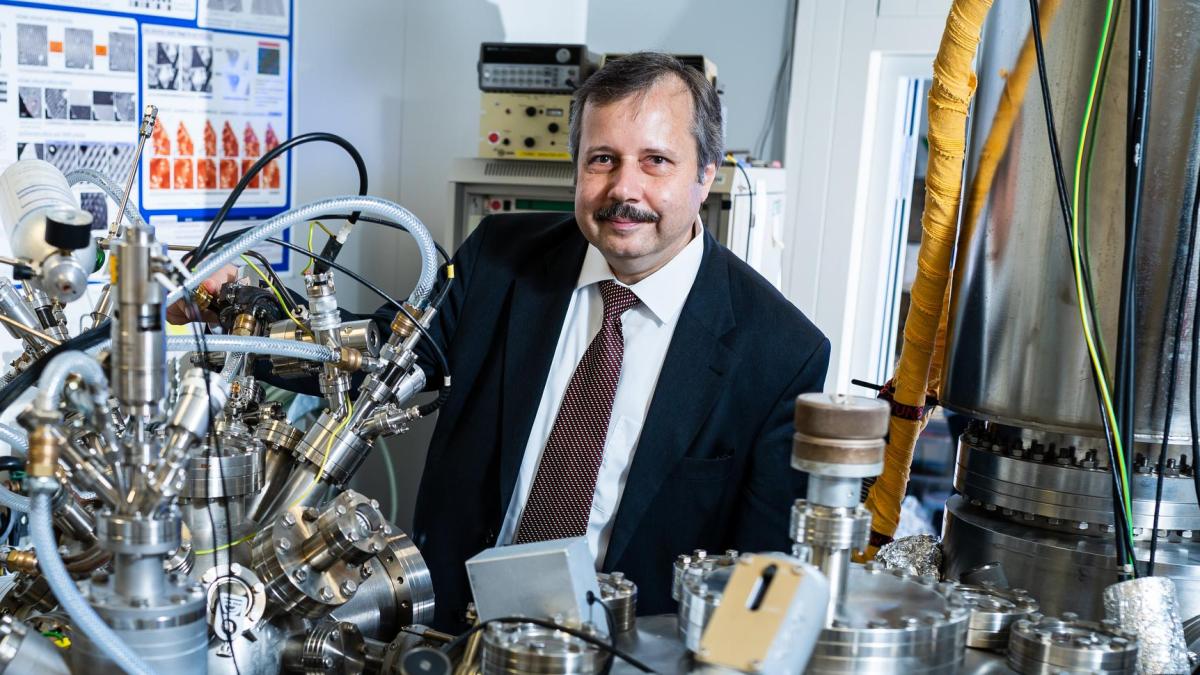 The nanoscientist Roland Wiesendanger from the University of Hamburg has defended his controversial study on the origin of the coronavirus against criticism.

"It is perfectly clear that we will soon be making the study available in many other languages," said the professor, who is one of the most outstanding scientists in his field and has already been considered a Nobel Prize winner in physics.

The problem must be raised among the population of many countries.

In his paper, Wiesendanger comes to the conclusion that both the number and the quality of the evidence of a laboratory accident at the virological institute in Wuhan speak as the cause of the pandemic.

However, there is criticism of the methodology of his work, the sources of which include YouTube videos and newspaper articles.

“Freedom of science is an immovable good.

Nonetheless, it applies to all forms of scientific research that if the data is unclear or uncertain, it is advisable to exercise caution, ”said a spokesman for Science Senator Katharina Fegebank (Greens) on Friday and added:“ A team from the World Health Organization only had an extensive one a few days ago Report presented on the outbreak in Wuhan and comes to other possible scenarios. "

When the final report of the World Health Organization (WHO) on the investigations of an international group of experts on the virus origin in China was still not certain on Friday.

The authority itself was unaware of the planned publication.

The university did not want to comment on the investigation in more detail, including the involvement of university president Dieter Lenzen.

"The university management and the press office of the University of Hamburg do not exercise any censorship on the research objects and results of their scientists," said a spokeswoman.

As a public institution, the University of Hamburg is obliged not to evaluate its content, but rather to "make it available for exchange and discussion in the specialist community or the public".

Wiesendanger told ZDF that the publication was planned together with University President Lenzen, who is an education researcher.

It literally said: “I am proud of the President of the University of Hamburg.

We talked extensively about the scenarios and what reactions there will be to the publication.

Reactions that want to put us in the corner of conspiracy theories, ”he said.

In fact, initially only tabloid and local media reported on the explosive study, the large science editors of the republic kept their hands off it - on the Internet, however, the study quickly caused a sensation and met with approval, but also a lot of criticism.

The student representatives at the University of Hamburg also expressed their views.

"The publication only plays into the hands of conspiracy theorists and stirs up anti-Asian racism," it said.

He was "99.9 percent" sure, said Wiesendanger in a reaction that an employee of the laboratory had become infected and so carried the virus out in autumn 2019.

This laboratory thesis is not new, nor is it considered refuted, but it is unlikely.

The clear majority of the other published studies also show transmission via a host animal as the most likely variant.

Wiesendanger, however, claims to have collected 600 pieces of evidence that speak in favor of the laboratory orthosis: including scientific papers and studies, but also YouTube snippets and links to articles in publications such as the "Epoch Times" popular with conspiracy theorists can be found in the treatise.

The physicist, who is not a specialist in the field, did not do his own research in the strict sense, and although there is talk of an “interdisciplinary approach”, Wiesendanger is the only author.

A classic scientific assessment of a peer group, as is actually usual in studies of this type before publication, did not take place.

In the press release under the letterhead of the university, the communication said that the study "did not provide any highly scientific evidence", but "provided numerous and serious evidence".

This includes, for example, that no bats are traded on the market, which is usually described as the location of the outbreak, but that there is a large collection of bats in the laboratory.

Wiesendanger also cites a few other studies, which are themselves controversial - the replies of other scientists are largely absent from Wiesendanger.

Some of the statements are also politically explosive.

“A research group at the virological institute in the city of Wuhan has carried out genetic manipulations on coronaviruses for many years with the aim of making them more contagious, dangerous and deadly for humans.

This is proven by numerous publications in the scientific literature, ”he writes.

About his own motivation, the 59-year-old said: “The current coronavirus pandemic is not only dominating the current headlines, but will keep us busy for many years - not least because of the social and economic effects.

Understandably, dealing with and overcoming the Corona crisis has been the focus of topics in politics and the media for months.

Even today, however, the critical, science-based examination of the question of the origin of the current pandemic is of great importance, because only on the basis of this knowledge can adequate precautions be taken to keep the likelihood of similar pandemics occurring in the future as low as possible. "

The aim of the publication is to stimulate a broad discussion, especially with regard to the ethical aspects of so-called “gain-of-function” research, which makes pathogens more contagious, dangerous and deadly for humans.