District administrators and OBs in conversation with Merkel and Söder

The Chancellor takes time in a video link for the concerns of Bavarian local politicians. It's about vaccine replenishment and lockdown relaxation. The district administrators and mayors have clear demands. There should be no lack of clear words. 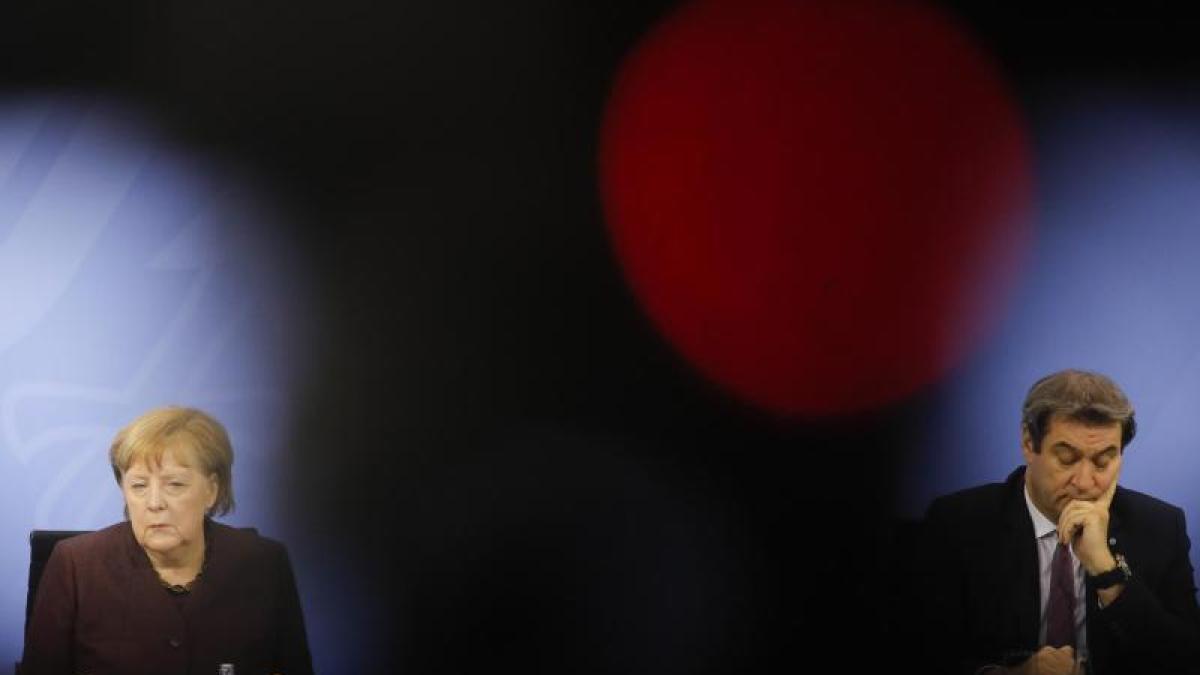 The local politicians are hoping for statements on the further vaccination and opening strategy in the video link this Friday, as the President of the Bavarian District Assembly, Christian Bernreiter (CSU), said.

In many cities and districts, the incidence values ​​have now fallen significantly.

"It will be a lively exchange," said Bernreiter.

In addition, it is about financial aid, so Bernreiter.

"Because companies turn to us and say: There is no money."

In the Bavarian-Czech border region with particularly high numbers of infections, relaxation is not yet an issue.

The focus here is on corona tests and vaccination.

"We cannot afford a third lockdown."

Merkel's assessment of the virus mutations and the prospect of the vaccine is particularly interesting for local politicians.

Cities and counties are currently preparing their vaccination centers for the expected further vaccine, said Bernreiter.

"We want to hear how the supplies are rolling."

In addition, the municipalities wanted to be involved in the nationwide test strategy.

If there is an excess of vaccines in regions that are not needed, these should be made available to other regions.

The deployment of the German Armed Forces in our region should be continued and strengthened. "

On Wednesday, Söder had sketched a rough step-by-step plan for openings in Bavaria: first nurseries and a relaxation of the contact rules, then retail, then sport and culture.

He did not give any dates for this;

nor are there any new incidence thresholds below the value 35. However, gastronomy and tourism in particular have to be patient.

It is also unclear when pupils from the fifth grade can go back to their schools.