The Libyan Prime Minister-designate, Abdul Hamid Dabaiba, on Friday, left the city of Tobruk, heading towards the capital, Tripoli, without meeting the retired Major General Khalifa Haftar, while the UN envoy, Jan Kubis, stressed the need to stop foreign interference. 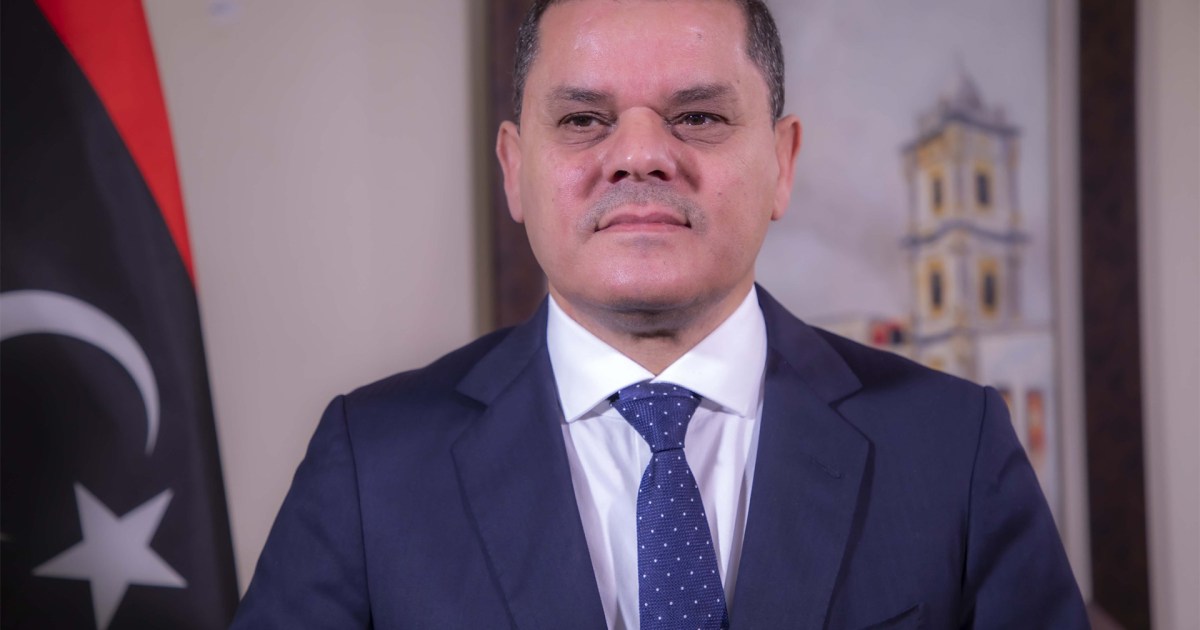 The Prime Minister-designate of Libya, Abdul Hamid Dabaiba, left - today, Friday - the city of Tobruk (east), heading to the capital, Tripoli, without meeting the retired Major General Khalifa Haftar, while the UN envoy, Jan Kubis, stressed the need to stop foreign interference in the country.

A brief statement published by the Media Office of Dabaiba on Facebook said, "The President of the National Unity Government, Eng. Abdul Hamid Dabaiba, is leaving Tobruk for Tripoli."

And Anadolu Agency reported that Dabaiba left for Tripoli after he visited Tobruk earlier today, without going to the city of Benghazi (east) to meet Haftar, contrary to previous expectations of local media.

Dabaiba's spokesman, Mohamed Hammouda, said that the latter held talks in Tobruk with the Speaker of the Tobruk Parliament, Aqila Saleh, on the file of forming the new government, without giving further details.

This is the first visit of the Prime Minister-designate - since his election two weeks ago - to Tobruk, which is under the control of Haftar's forces, and is the seat of the parliament, headed by Saleh.

Last Thursday, Dabaiba paid a visit to Cairo, during which he met with Egyptian President Abdel Fattah El-Sisi, and they discussed strengthening cooperation and coordination during the transitional phase in Libya.

Libya is witnessing a political breakthrough these days after the Dialogue Forum elected on February 5 a unified executive authority, headed by Dabaiba to head the government, and Muhammad Al-Manfi to head the Presidency Council.

This authority is tasked with holding presidential and parliamentary elections on December 24, 2021.

According to the outcomes of the Geneva Dialogue, Dabaiba still has about a week to present his cabinet to the House of Representatives in order to give it confidence, and in case this is not possible, it will be presented to the Forum for Political Dialogue.

In the same context, the UN envoy to Libya Jan Kubis agreed with Haftar on the importance of the commitment of all Libyan parties to holding the elections scheduled for next December.

This came during a meeting between Kubis and Haftar today, Friday, in the city of Benghazi (east), according to a statement issued by the UN mission.

The statement added that the meeting also discussed ways to accelerate the full implementation of the ceasefire agreement signed on October 23, as well as the withdrawal of all foreign forces and mercenaries, unify the military and security institutions, and discuss ways to accelerate the opening of the coastal road.

Kubis reiterated the urgent need to stop all international interference in Libya, and to respect Security Council resolutions, including the arms embargo.

For years, Libya has been deeply divided, resulting in an armed conflict that has claimed many lives and left enormous devastation across the country.